The Way of God 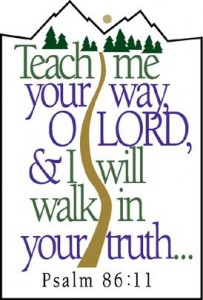 Recognize that Jesus Christ is the Way. Appreciate the unique position of those who stood between the old and the new. “The Way” is used with some frequency in Acts to describe believers. But, as with many New Testament terms, it has roots that reach deep into the Old Testament. Think of Israel being led on their way through the wilderness by the presence of God in the pillar of cloud and fire. The term is used in the prophets, especially in Isaiah, to describe the way back from exile—but with a sense that there is more going on than what we see recorded in Ezra and Nehemiah. Isaiah 40 tells of a voice in the wilderness preparing the way of the Lord, words that John the Baptist used to describe himself. Jesus himself is the Way (and that is a central concept). His followers are identified in Acts as those of the Way, a description used long before the label “Christian” was applied to them. Acts shows how the understanding of the Way grows, and first Samaritans, then Gentiles join Jews who believe in Jesus on the Way.

“This name for the Christian movement, ‘the Way,’ thus designates that the Christians were the true end-time Israel beginning to fulfill the prophecies of Israel’s return from exile. They were on ‘the Way’ out of exile to returning to God. The name ‘the Way’ indicates that one could begin to participate in the restoration journey by believing in Christ and joining others who already believed and were walking on ‘the Way,’ progressing in their new-exodus journey. Consequently, ‘the Way’ described both those first joining it and those who had belonged to it for some time, so that the name included reference to a manner of ongoing Christian living as part of a restoration journey.” (G. K. Beale, A New Testament Biblical Theology, p. 858).

Though you might easily overlook it, Acts 18:18-22 describes the end of Paul’s second missionary journey and 18:23 the beginning of his third. The material about Apollos seems to fall into the interlude of “some time.” At the beginning of Acts 18 Luke introduced us to Aquila and Priscilla, fellow believers, who, like Paul, were tentmakers or leather workers. They proved to be faithful servants of God, and when Paul stopped briefly in Ephesus on his way to Jerusalem and Antioch, he left them there.

Alexandria, unlike Athens which was resting on laurels of past glory, was in its prime as a center of learning. Euclid taught there. Philo, a Jew who attempted to merge Greek philosophy with the teaching of the Old Testament Scriptures was an Alexandrian. The largest library in the world was there. From Alexandria came a well trained, eloquent preacher named Apollos, who began speaking in the synagogue at Ephesus. Notice how Luke describes this man. He was competent in the Scriptures, and he taught accurately the things of Jesus, but he knew only the baptism of John. Like John the Baptist he seems to have (at first) stood with his feet in the Old Testament, catching glimpses of the New. He may have had a clear understanding of the prophecies of the Scriptures, but, given his limited knowledge, did not understand the death and resurrection of Christ. He had not yet learned that the significance of baptism was not just repentance, but union with the triune God.

Similarly the 12 men described in Acts 19:1-7 had somehow not progressed beyond the baptism of John. They were really Old Testament believers in a New Testament setting.

What Apollos and these men at Ephesus need to know is what you understand—presence of the Spirit rests on Christ’s completed work. The instruction Apollos received is described as explaining the way of God more fully. It must have included a description of what Jesus did, with a focus on his death, resurrection, ascension, and Pentecost. As Paul instructed the men at Ephesus he explained the fulfillment of what John had prophesied. The question about the Holy Spirit in Acts 19:2 leads to instruction about Jesus. Any emphasis on the Spirit that leads to neglecting the death and resurrection of Christ is a miss-emphasis. What happens in Acts 19:5-7 is not prototype suggesting that the Spirit is given subsequent to conversion, but rather is the final installment of the once-for-all gift of the Spirit (see Acts 2:1-4; 8:15; 10:44-46) where specific public confirmation is given to make clear how broad the Way is. Samaritans and Gentiles can walk that Way—in Jesus Christ. So can these men caught at a unique point of transition from the Old to the New.

The point of the Way is to walk in it. Walk in the way of God. God calls you to walk together on the way. The Way of the Lord is not hike for an individual, but a pilgrimage for and with God’s people. Priscilla and Aquila exercise the office of believer. Instead of criticizing Apollos, they invite him into their home (exercising the gift of hospitality) and instruct him more fully in the Way of the Lord. Similarly, Paul instructs the 12 men at Ephesus. When Apollos then wants to go and preach in Achaia, the church at Ephesus gave him a written recommendation. No solo, personality focused ministries here!

What Priscilla and Aquila passed on to Apollos, and what you and I need to grasp is, keep Christ central as you walk in the way. There is little danger of your becoming the kind of anachronistic Christian that the men at Ephesus were. But beware of considering yourself a believer, and perhaps even knowing the Scriptures well, and missing Christ and the heart of his work. Know that Jesus is the Christ, the Messiah. Understand that he died for your sins and rose for your justification. Understand that the enslaving power of sin has been broken as you are baptized into his death and resurrection, and that you are free to serve him. The Way of God is more than a body of belief. Ideas have consequences. Apollos came to understand the Way of God, and it made him a powerful servant used to build the church. If Jesus is central, his body, the church is important. Be willing to serve one another, be willing to learn humbly from one another. Recognize that everything you do along the Way is connected to the One who is the Way the Truth, and the Life.

The Way of God, the Way in which he calls you to walk, is Jesus Christ.