Set Apart for the Holy Spirit 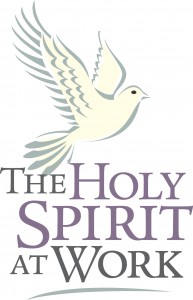 The church of Jesus Christ faces an increasingly consistent neo-pagan culture. What are we to do? Acts 13:1-12 pictures the church in a major city of the pagan world empire. What is she doing as the Holy Spirit prepares to conquer the darkness with the light of the good news of the Lord Jesus? She is worshiping. In that context the Holy Spirit sets aside for himself those who will begin the spread of the good news throughout the world.

Depend on the calling of the Holy Spirit, for he equips, you, the church with gifts. This Spirit fills and equips all believers, as Paul points out in 1 Corinthians 12 and Romans 12. The church at Antioch had been formed by Christian refugees from Jerusalem, who had spoken the good news to those they encountered, evangelizing not only fellow Jews, but Gentiles as well. Barnabas, later joined by Saul, had built up and strengthened the church there. From this great city of the empire, from a church consisting of both Jews and Gentiles, the third step of the Lord’s commission of Acts 1:8 was about to begin to be carried out.

For that task the Holy Spirit sets some apart to special office. The church at Antioch was not short of such men, as Acts 13:2 indicates. Even while the Spirit is setting Barnabas and Saul apart for special work, he is not leaving the church destitute. From among the shepherds of the church at Antioch God selected the two whom he had equipped with precisely the gifts needed for their new work.

Don’t lose the emphasis on worship. As you live in an increasingly rebellious world, you, the church, need to gather for worship. You need to meet in the presence of God and be renewed as his people. Dennis Johnson puts it this way: “World missions begin in worship. We have seen the gospel break through the ethnic barrier between Judaism and the Gentiles in the case of the Ethiopian, Cornelius, and the church in Antioch. Geographically as well the gospel has moved beyond Israel’s borders. Yet the Mediterranean Sea was the barrier between Israel and the distant islands ‘at the end of the earth’: ‘Sing to the Lord a new song, his praise from the ends of the earth, you who go down to the sea and all that fills it, the coastlands and their inhabitants’ (Isa. 42:10; see also 11:10-11; 41:5; 49:1, 6; 66:19). Therefore it was when Barnabas and Saul sailed across the sea to Cyprus that the third phase of of witness announced in Acts 1:8 was launched. The Spirit’s commission came as the church’s prophets and teachers were worshiping the Lord.” (Let’s Study Acts, p. 156).

You might expect the Spirit to say, “I have set apart Barnabas and Saul for a special work.” Instead we read, “Set apart for me. . . .” While indeed the Spirit had equipped these me with the needed gifts, what is happening is the setting apart for the work they would do. The Spirit is emphasizing that it is not ultimately their work (though we do speak of Paul’s missionary journeys), but the work that he, the Spirit of the risen, ascended Christ, is doing by the church through these men. That is still the work of missions, whether local friendship evangelism or sending missionaries to distant parts of the world. It is still the Spirit working through the church.

The Spirit calls, but the church responds willingly. Go in the power of the Holy Spirit. Be willing to go with the good news. Luke will tell you about Paul and his travels, but the emphasis here is on the sending church. They live in dependence on the Word of the Lord, possibly coming at this point through prophets. Once again, the church is involved in serious prayer. Your missionaries are likely as effective as you are in praying for them. Your awareness of having received the good news motivates you both to be a daily witness and to be a sending church.

As you make the good news known and as you send, experience the power of the Holy Spirit working through the Word. Cyprus was a natural first stop, as that is where Barnabas was from—but this is ultimately the the sending of the Spirit. The conflict with Bar-Jesus, the first individual identified by name among the Cypriots, shows that this is ultimately a conflict between the kingdom of darkness and the kingdom of the ascended Lord. The false prophet is a renegade from God’s covenant people. Unlike Simon of Samaria, this man’s focus seems to be on prophecy (what ruler would not like to have someone who claimed to foretell the future?!). His name, ironically, reflect that of the Savior, but he was leading people into darkness through his trickery. Paul, filled with the Spirit, confronts this man who is full of lies and deceit, rebukes him, and, in an act reminiscent of the plagues on Egypt, strikes him with darkness. As discouraging as the situation facing the church may seem today, remember whose battle it is. By the power of the Spirit the good news triumphed over the economic, cultural, and political power of the world empire. Worship the Lord who continues to work today.

While you can learn specific lessons from Luke’s account, even more important is his showing you where you are in the work of the ascended Lord through his Spirit. “The post-Pentecost activity of the Spirit, therefore, spreads through history like concentric ripples in a pool. As in the Old Testament era, so in the New, his activity is soteriological, communal, cosmic and eschatological, and involves the transformation of the individual, the governing of the church and the world, and the bringing in of the new age.” (Sinclair B. Ferguson, The Holy Spirit, pp. 93-94). Keep in mind the differences between then and now. Paul was an apostle and was inspired. None of the missionaries for whom you pray are either. But the ascended Lord continues to build his church by the gifts his Spirit gives his people and through those who are set apart for the Holy Spirit to use. His power still brings the light of the gospel to the hears those who are walking in darkness.

The Spirit has given you, the church, a vital task. Carry it out, not in your strength, but in his.