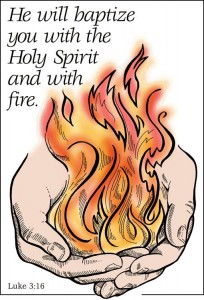 As the good news expands in Samaria, the kingdom of God replaces the rule of magic. Magic enslaves its followers. For hundreds of years Samaritan worship had compromised the service of the true God. As believers in Jesus arrived in Samaria they found people deceived by Simon the Sorcerer, sometimes known as Simon Magus. People followed him and were under his authority. Some early sources link him with the rise of the Gnostic heresy, but Luke’s main focus is not on him, despite the high view his followers held, considering him divine or at least semi-divine. God had forbidden his people to use magic, Deuteronomy 14:9-13, as it inevitably turns people away from looking to God.

The gospel liberates those who believe. Philip was simply preaching the good news of the kingdom and the name of Jesus Christ. The free grace of God breaks the enslaving power of sin. The power of the kingdom of Christ was evident in the casting out of demons miracles of healing. Significantly, the sacrament of baptism marks the entrance into the kingdom of God. Among those baptized was Simon, though his faith is questionable, Acts 8:21; and see John 6:2, 66.

This account summons you to trust Jesus alone. The presence of the Spirit marks this significant expansion of Christ’s kingdom. This is not a “second blessing,” but rather God’s confirmation that the power of Pentecost was legitimately (and obediently to Christ’s command in Acts 1:8) now expanding to the Samaritans. The gift of the Spirit with his signs awaits the arrival of apostolic representatives, Peter and John. This anticipates and prepares for the extension of the good news to the Gentile, Cornelius in Acts 11. The work of the church and the presence of the Spirit are inseparable.

In the midst of this blessing comes a warning—do not try to manipulate God. Simon sees the results of the gift of the Holy Spirit, received through the laying on of hands of the apostles, and requests to purchase that ability. This, to him, was the ultimate magic! The danger of trying to manipulate God continues. You see it in the Roman view of the sacraments, but also in in Protestant circles. Prayer can be done in a way that tries to manipulate God into doing what is requested. The means of grace, good in themselves, can be used with the idea that God has to respond because of what we are doing. S. G. De Graff writes: “We do not rule over God; He rules over us in His grace. That was the message Philip brought to Samaria’s capital. He told the Samaritans how God in His sovereign grace had come to us again in Jesus Christ. And he called for submission in faith to the Word of grace. Philip spoke by the Holy Spirit who in turn confirmed the Word through the signs and wonders Philip performed. The Word of grace wrestled with magic, as it does to this day all over the world. Shall we acknowledge God’s supreme sovereignty over us or subordinate Him to our own machinations?” (Promise and Deliverance, Vol. 4, p. 161).

The Spirit is more powerful than magic, so submit to the Lord Jesus Christ. Peter pronounces a stinging rebuke on Simon’s effort to purchase the Spirit. The language is strong enough that it leave us in doubt regarding his salvation, though the final word is his request for prayer, verse 24. But Luke’s focus is on the gospel going out as the apostles return to Jerusalem preaching in many Samaritan villages. The good news is spreading! God calls you away from any efforts to manipulate him. He offers free grace in the Lord Jesus Christ. In God’s ironic way, submission to the Lord is the only way to freedom.

The work of the Spirit is not a magical human effort to gain something. Rather, the Spirit is the free gift of God, and he brings you in the kingdom of the Lord Jesus Christ.