Earnest Prayer to God in Adversity 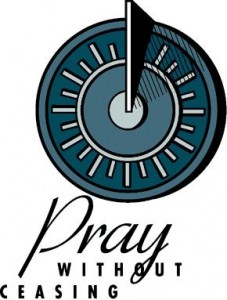 What do God’s people do when things go really bad? Acts 12:5 gives you an appropriate response to adversity: pray!

In the face of adversity, pray! What are the really big problems about which you are praying? However big they are, the saints in Jerusalem would probably understand. They had undergone severe persecution starting with Stephen’s martyrdom, followed by persecution by Saul of Tarsus (although by now, he was a believer, and had come from Antioch with a gift for the suffering church in Jerusalem.) Now persecution arose from Herod, who had James the Apostle executed. Herod, seeing that this pleased his subjects, had Peter arrested and placed under heavy guard, so that he could be similarly executed once the Passover feast was over.

Your adversity may be different from the persecution and threat of martyrdom that the church in Jerusalem faced. But the problems you face are no less serious. You may face illness that is no less life-threatening than Herod’s plans for the apostles. You may face loss of employment. Serious difficulties may threaten you or members of your family.

What do you do? Pray! And what is prayer? It is communication with God. Prayer recognizes your limitations and your finitude. It means you understand that you are a creature, and that God is your sovereign Creator. It means that whatever you may be called to do in the situation you face, you recognize that you are in the hands of your faithful God. Peter understood that. He understands that this is the night before his execution. He knows he is chained to Roman guards to that escape is impossible. But he is sleeping so soundly that the angel of the Lord who comes to deliver him (in response to the prayers of God’s people) has to strike him to awaken him!

Luke not only tells you that the church in Jerusalem prayed, he tells you that they prayed earnestly. While pray ought to be a habit in your life, don’t let it be a mere habit. It is not just mouthing formal, familiar words. Prayer is pouring out your heart to God. Include your requests as you pray. But, since prayer is communicating with the personal, Triune God, it is not just requests. Include praise and adoration. Model your prayers after what you hear in the glimpse John gives you of what goes on around the heavenly throne in Revelation 4 and 5. Include confession and repentance. You are coming into the presence of the perfectly holy One.

Don’t confuse this earnest prayer with the prosperity gospel. TV seems to have provided broad opportunity for those who tell you that if you ask in the right way, if you ask in exactly the right way, with just enough earnestness. And if you don’t receive precisely what you ask for, the finger is pointed at you for not having enough faith. Although the text does not mention specifically prayer for James, it is hard to imagine that earnest prayer was something newly discovered upon Peter’s arrest. Earnest prayer does not mean that you always receive exactly what you request. The reaction of the praying believers in John Mark mother’s house shows that their faith was not as strong as you might have anticipated. God couldn’t be answering their prayer! The focus is on God’s faithfulness, not the great faith of the church. Perhaps you ask, if God is sovereign, why pray? One of the means God uses to work his will is the prayers of his people. He wants you to pray, he commands you to come to him in prayer.

Notice also that this prayer is corporate. It is the church that has gathered for prayer, not just individual believers praying by themselves. While God certainly hears our individual prayers, he also expects his people to be involved in corporate prayer. It is the body of Christ that is praying.

While the title of this message is “Earnest Prayer to God in Adversity,” the focus of the chapter is not on the ones praying, but on the God who sovereignly answers prayer. He delivers Peter in a way that reassures God’s people that he, not Herod is the one in ultimate control.

Part of God’s answer to prayer is his judgment on Herod. Herod had reached out his hand against the suffering church, and God does not fail to notice. Herod exalts himself to divine status, and the Lord does not leave that affront to his sovereignty unchallenged. Herod, as he welcomes the cries of the crowd that hail him as divine, is struck by the angel of the Lord (note that the same verb is used of the angel striking Peter to awaken him for release). In a gruesome description, the decomposition process that comes after death strikes him while he yet lives and brings about his death, reflecting the judgment described in Isaiah 14.

The justice of God is revealed in his judgment. As you live in a world of increasing rejection of God, take comfort that he is sovereign and he does bring judgment on those who oppose him.

That ultimate judgment carries with it the assurance of the blessing and glory of the resurrection for those who trust in Christ. The good news of the Savior continues to go forward. The chapter ends with an emphasis on the growth of the Word, and it describes Saul and Barnabas returning to Antioch. The stage is set for the next wave of the expansion of the good news.

You do face affliction. Because Jesus Christ is the King of kings and Lord of Lords, pray fervently!

“In this passage God shows how radically his good purposes for his children vary from one person to the next. For James the son of Zebedee, Herod’s persecution brought swift death. In Peter’s case, the persecutor’s plans were thwarted as the apostle walked to freedom (and his hapless guards paid for his escape with their lives). But the difference lay only in the short run. In the long run, Peter know that death as a prisoner awaited him, for Jesus had told him so (John 21:18-19). In the even longer run, a glorious resurrection awaits James and Peter and all who hold faith fast to the end, to whom Jesus says, ‘Be faithful unto death, and I will give you a crown of life’ (Rev. 2:10)” (Dennis E. Johnson, Let’s Study Acts, p. 151).