Called to Be a Witness 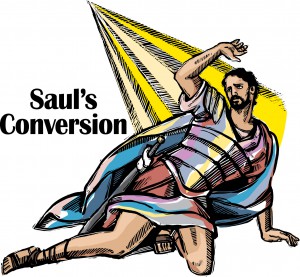 You knew it! If Paul made it to Jerusalem, he would be in trouble. Paul also knew it, but for the sake of his Lord he went. He understood that union with Christ involves union with him in suffering. Just as in his Gospel Luke slowed down the narrative to give details of the betrayal, suffering, and death of Christ, so now he slows the pace of Acts as he describes Paul’s suffering and arrest. Acts 22:14-16 is part of a larger narrative, a repetition of the account of Paul’s conversion—this time from his own lips. The repetition underscores the importance of the narrative. It helps unpack, not only Paul’s calling as an apostle, but also the work of the church in his day and today.

Rejoice in the Father’s choice. Your salvation rests in the choice made by God. After being seized in the temple and being beaten by a mob, Paul was rescued and arrested by the Roman tribune in charge of the garrison in Jerusalem. As he is brought into the fortress in chains, Paul asks for permission to address the crowd. He wants the opportunity to point his fellow countrymen to Christ. As he tells his story, Paul is quoting Ananias, a godly Jew in Damascus, whom Jesus sent to instruct and baptize the humbled, blinded, Saul of Tarsus. Ananias’ title for God makes clear that Christianity is not some new cult, but is what the promises to the patriarchs looked forward. Paul’s salvation—and your—grows out of God’s gracious choice.

God has chosen you for three things:

To see the Righteous One (see Isaiah 53:11; Acts 3:14). He is righteous, not only for himself, but for the people whom he represents. Paul became an eyewitness of the risen Christ, who, as sin-bearer, had been vindicated by his resurrection. The risen, ascended Christ is at the heart of the good news you are called to make known.

To hear words from his mouth. Paul, as he tells the Galatians, received the good news directly from Christ, Galatians 1:11-12. Christ still speaks to you—in the Scriptures.

God summons you to be a witness. Paul was being called to be a witness, to testify of what he had seen and heard. The former persecutor of the church was about to become its most effective missionary. The extent of that witness is all men, and when Paul makes clear that focuses on the Gentiles, the mob reacted. Paul’s words not only explain his own calling, they fill out the commission of Acts 1:8, and they help you understand your calling as part of the witness of the church today. “Witness” is not just a task you undertake, it is part of being a Christian, of belonging to the Lord. That work is important enough that Luke records Paul’s conversion three times in the book. “Luke’s extravagant repetition is the better way: he will not let us forget the world-changing significance of the call of the Apostle to the Gentiles. He will have us listen to that call again and again, and with each repetition he adds details that increase the luster of this conquest of grace: persecutor turned into propagator, paragon of self-righteousness reduced to penitent dependence on Another’s righteousness, aloof zealot for Israel’s purity sent to mingle with polluted pagans as the preeminent exhibit of God’s cleansing mercy (see 1 Tim. 1:12-16).” (Dennis E. Johnson, The Message of Acts in the History of Redemption, p. 11).

Respond in obedience. Be baptized! The New Testament mark of conversion is not an altar call or speculation about a person’s heart, but baptism. Though an outward sign it is is not unimportant, for Jesus commanded it. It is a sign and seal of your union with Christ, not just for Paul, but for you as well.

Wash away your sins. The external sign points to the reality of Christ’s cleansing, forgiving work. Paul had just come to the terrifying realization that his zealous persecution of the church had been attacks upon the glorious Christ himself. He was a guilty sinner. But with that realization came the knowledge of the way of forgiveness. Your forgiven, changed life as a believer is a powerful part of your witness.

Call on the name of the Lord. Paul had come to a consciousness of his own inability, and that is what you and I need. But the Lord invites you to reach out to him, to trust in him, to call on him to deliver. Those who call on the Lord never find a deaf ear, Joel 2:32; Romans 10:13. Your initial cry for forgiveness becomes a continual invoking of the Name, a worship that permeates your life.

The God who could take Saul of Tarsus and change him into Paul the apostle, Paul the bondslave of Christ, still changes lives. He summons you to be his witness.