A People for Himself 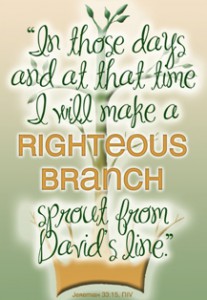 What should the church, the body and bride of Christ, look like? How should it be distinguishable from the world around her? The question is not new, as Acts 15 indicates.

The issue was, do you live by faith? The church at Antioch, from which Paul and Barnabas had been sent on their missionary journey, was composed both of Jewish believers in Jesus the Messiah, and of Gentile pagans who had come to trust in him. Visitors from Jerusalem, perhaps concerned that the church was looking less and less like the Pharisaic community, a portion of the church at Jerusalem, from which they came. They insisted that the Gentile believers had to receive the sign of circumcision and, by implication, keep the details of the ceremonial dietary laws. Behind this issue was the important question: is anything necessary for your justification beyond the work of Christ? On that hangs the whole issue of the sufficiency of the work of Christ. Is it Christ’s work plus my works of penance, Christ’s work plus my efforts, Christ’s work plus my decision? Or is salvation totally dependent on the grace of God? The issue focuses on the work of Christ, on the justification of sinners. That individual has strong implications for the church, and the question of dietary laws has an impact on the gospel, which is why Paul had to rebuke Peter, Galatians 2:11-21.

Peter recalled God’s clear acceptance of Gentile believers when he had been chosen to bring the good news to Cornelius. The salvation of those Gentiles, like the Jewish believers, was by faith. (Don’t try to impose a conflict between Paul and Peter or Paul and James.) Paul reported on the success of the missionary work among the Gentiles on his recent trip. Christ’s perfect work is the only basis for your salvation. His grace is received by faith alone. The final decision of the Jerusalem council affirmed that.

God has made you a people for himself. James, the brother of the Lord, delivered the decisive speech, basing his argument on Amos 9:11-12. God took from the Gentiles a people for himself. Although Israel did return from exile as Amos prophesied, the Davidic king was not restored until the coming of Messiah.

Because God has chosen you, reflect the name of your God. Reflect God’s character in the way the church functions. Not only the substance of the decision, but even the way it was reached is described in Acts 15 for our instruction. Controversy threatened the unity of the church, but was not allowed to continue unresolved. Though Paul was present in Antioch with full apostolic authority (see Galatians; 2 Corinthians) and could have settled the issue, the church at Antioch sent a delegation to Jerusalem to a meeting of the apostles and elders. In searching the Scriptures and deliberating, the matter was decided. The church may not have had a written Form of Government or Roberts Rules, but the basic principles of oversight by elders is being patterned. The decision was intended for a broader group than the two congregations, Acts 16:4.

Because God has made you a people for himself, live yo9uir daily life to his glory. The council did make requests of the Gentile believers that lie, ultimately, in the area of things indifferent. Eating strangled animals and consuming blood were so repulsive to Jewish believers that the council asked Gentile Christians to refrain from those practices. This is not repeated elsewhere in the New Testament and appears to be a temporary request. It underlines the importance of putting the interests of others ahead of self.

The other requests, though phrased in similar language, fall into the category of permanent obedience, for the reflect the law of God as given at Sinai, the 10 Commandments, which are not arbitrary rules, but reflect the character of God. Why do the churches need the reminder to abstain from idolatry and sexual immorality? Because Christ cares about you sanctification than you do (Mark Jones). Because the church at Antioch, like you, lived in a pagan culture that provided constant temptations to sin. Because Christ is glorified in the obedience of his people, and we need to be reminded to keep walking in his paths. That is not undercutting your justification, rather, it is living to the glory of God.

God has called you out of the nations and summons you to be his distinctive people. How is the church different from the world? Your life is characterized by seeking to glorify God.

“The Christian, living by faith, continually asks, How may I please the Lord? We make it our aim to please God and Christ and thus being glory to Jesus, which is his reward for having cleansed us by his sacrificial death. The more we please Christ, the more he continues to delight in his people and rejoice that his work for us is being realized by his work in us. The sanctification of the church is an important part of Christ’s glory. It would be incorrect to affirm that we can add to or diminish God’s essential glory. But again, we may or may not bring glory to the God-man, depending on our obedience or sin. Our desire that in all things Christ should have the preeminence should cause us to seek to please him more an more (Col. 1:18).” Mark Jones, Antinomianism: Reformed Theology’s Unwelcome Guest, p. 95).