What Happens after Christmas? 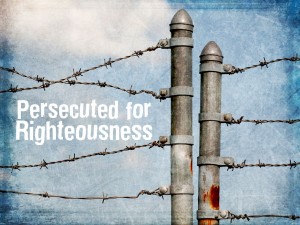 The sign of a woman about to give birth appears as a sign in heaven. The woman is the church, the people of God (Isaiah 54:1-8). The 12 stars take you back to the 12 sons of Israel, and Joseph’s dream in Genesis 37:9. She gives birth to a son, a male child. Satan, represented by the red dragon (picturing a combination of cunning wisdom, power, and authority–see Daniel 8:10), stands ready to devour the child. The conflict goes back to the first mention of the gospel in Genesis 3:15.

The Child is born to rule the nations. He is not just a child, but is the Son of God, the one born to rule the nations, to break them with his iron scepter (Psalm 2). That Psalm begins with the nations conspiring against the Lord, but in Revelation 11:15 we have just heard the shout, “The kingdom of the world has become the kingdom of our Lord and of his Christ.” John’s description of the child is extremely brief, but he has already identified this majestic figure: Revelation 1:12-18 and 5:5-14.

The church in suffering, whether open persecution or the subtle eroding pressure of living in a sin-cursed world, needs to remember that Jesus Christ is the King. “Neither the serpent’s subtle strategies nor his exercise of raw, draconian power could destroy the promised seed of the woman, the Lion/Lamb who gained the victory by being slain (5:5, 9) and who shares his triumph with those who hold fast to his testimony in reliance on his sacrificial blood (12:11).” (Dennis E. Johnson, The Triumph of the Lamb, p. 182).

Give thanks that this child has been caught up to the throne. Rejoice in the triumph of the Lord. The child is caught up to God and to his throne. Satan, the red dragon, is unable to devour him. The Son ascends to the position of triumph. The dragon is defeated. Revelation 12:5 is a snapshot. Verses 7-12 repeat the scene from the perspective of heaven. “The one heavenly church being persecuted on earth cannot be destroyed because it is heavenly and ultimately inviolable spiritually, but the many who individually compose the church can suffer physically from earthly dangers. And whenever persecution, deception, and compromise are resisted, the devil is seen as continuing to be defeated.” (G. K. Beale, A New Testament Biblical Theology, p. 220).

The blood of the Lamb is the crucial element in the defeat of Satan. Christ conquers, precisely in the time of apparent weakness and defeat. The birth of Christ has his suffering and death in view. The book of Job takes you, but not Job, behind the scenes to the heavenly encounter. But here you see both what is happening on earth and the heavenly reality. What is a time of intense suffering for the church, is from heaven’s perspective, the defeat of the dragon. Job 1 and 2 and Zechariah 3 describe Satan as an accuser. But now the accuser of God’s people is cast out. Don’t believe Satan’s accusations against you. Your Victor was born, died, rose, and ascended!

Hold fast to the testimony! The dragon, expelled from heaven, turns his wrath on the woman and her other seed, her other children. What happens after Christmas? Suffering! Don’t be surprised by it. “When the world seems upside down, when Christmas is chaotic or lonely or sad, I want to encourage you with this one thing: don’t let what you cannot understand confuse you about what you do understand. Whatever else may happen, we know at least this one truth: Jesus has come into the battle to transform the very sin and brokenness that can make Christmas not what it is meant to be. He has turned the tide. The nativity is the dawn of a new day.” (Greg Lanier, glanier.wordpress.com).

The saints, though suffering on earth, do share in the triumph of Christ. His overcoming the dragon by his blood is their victory over Satan as well, Revelation 12:11. Even in the face of life-threatening, and for some of them, life-taking, persecution, their testimony to the Lamb and their trust in him stands firm. We have been celebrating the coming of Christ into this world, the wonder, the mystery of the incarnation. Rejoice in that. But also recognize that because he has come, nothing is the same. He is the King, and he summons you to full commitment to him.

Give thanks for the birth of the Christ Child. But look beyond the stable to the conflict here on earth—and in heaven—that is involved in his coming. Look to your ascended Lord–and hold fast to the testimony.