What Do You Remember? 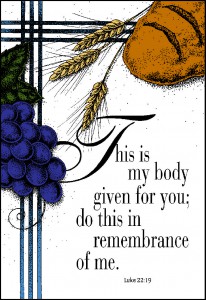 A retentive memory is a good thing—at least sometimes. Are there memories you wish you could blot out? Hebrews 10:1-4 tells you that the sacrifices of the Old Testament, which God had commanded, served as reminders of sin—sin for which forgiveness still needed to be made. That would be discouraging news, except that Hebrews is pointing you to something that remembers something far better.

What did the shadows make you remember? The shadows pointed to a coming reality. The shadow precedes the reality. Moses built the Tabernacle according to the pattern the Lord showed him on the mountain. “The law” refers to the entire Old Testament administration, especially the ceremonial system. The deficiency of the old covenant is not in its legal character, as some teach, but in that it is merely a shadow. The shadow is a copy of things in heaven (Hebrews 9:23), of good things to come, of the image (10:1).

The repeated sacrifices pictured forgiveness, but were also an annual reminder of sin. There was something wonderful about the sacrifices. They were graphic reminders that God had accepted the death of the animal offered in place of the worshiper, who was seeking forgiveness. Hebrews 11 shows that the faith of Old Testament and New Testament believer is essentially the same. It is not that one was saved by works of the law and the other by grace. Rather, the Old Testament saints were saved by believing in a Savior to come. The value of the Old Testament sacrifices was that they were shadows of Christ. Hebrews stresses the repetition. The high priest offered again and again, 9:25; often, 9:26. Offerings were continual, 10:1; year by year, 10:1. They had not ceased, 10:2. (Would the author have written this way if he were writing after the temple had been destroyed and the sacrifices had ceased?) Old Testament ceremonies were only shadows. They could not actually remove guilt. They worked outwardly, not in the conscience, Hebrews 9:13,14. The blood of animals had no value in itself, 10:4. The repetition of the sacrifices showed that sins were remembered by God, 10:3, and had not been permanently removed.

The basic problem is a guilty conscience. Scripture takes guilt seriously. Some contemporary psychology deals with feelings of guilt, and seeks to remove or minimize those feelings. Christ removes the guilt of his people. The problem of guilt is dealt with, and thus you have a real basis for a change of feelings.

If the sacrifices were shadows, what are the good things, the reality itself? What do the good things themselves make you remember? The coming good things are the heavenly reality itself. The image is the heavenly reality. Image refers to the reality itself. Christ is the image, 2 Corinthians 4:4; Colossians 1:15; (Romans 8:29). Remember Moses building the Tabernacle according to the pattern he saw on the mountain? How do the Old Testament structure and the related offerings relate to what has come in Christ? The model seems to be a shadow coming down in the Old Testament, the reality itself coming down in the New Testament. The “good things to come” in Hebrews 10:1 are the reality, the image itself. “When the Epistle speaks of shadowing, this means shadowing down (from heaven to earth), not shadowing forward (from Old Testament to New Testament). According to this . . . interpretation, the New Testament is not merely a reproduction of the Heavenly Reality, but its actual substance, the Reality itself come down from heaven, the . . . very image.” (Geerhardus Vos, The Teaching of the Epistle to the Hebrews, p. 58).

The good thing about the reality, about the work of Christ, is that it actually removes the guilt of sin. You have been made clean, Hebrews 10:2. This is not sanctification, an ethical operation. Rather it is the cleansing of guilt, the purging it away, see Hebrews 1:3; 9:14,22,23. Christ accomplished this. His blood removed your guilt and cleansed your conscience. You have been made perfect, Hebrews 10:1. You are complete, prepared for the goal. You have no further guilt. Where the Old Testament was incomplete, the new covenant is effective. As a worshiper, 10:1, you are called to glorify and serve your God.

So, what do you remember? Remember God’s grace as you serve him this week. Remember what God has done for you in Christ. Instead of being paralyzed by guilt, you have set free to serve your God. You remember and celebrate God’s grace, you rejoice in the once-for-all sacrifice Christ has offered for you. Your life is motivated by gratitude, not remembering and trying to assuage guilt.

Come to the Lord’s Table as you remember God’s grace! The Lord remembers, not your sin, but the completed sacrifice of his Son, who even now intercedes for you on the basis of his work. That is what he wants you to remember. He has given you a graphic reminder of his grace. When the Lord instituted his supper, he told you to do it in remembrance of him. “In the present era of grace the proclamation of the cross ever calls to remembrance the sinfulness of mankind, while at the same time it presents the remedy which God has provided in Christ. But Christian faith, too, cannot exist without remembrance, for the whole life of the believer should be the expression of his gratitude as he remembers the infinite cost at which his redemption was purchased. And the Lord of the church has provided a dramatic aid to the declaration of our thankful remembrance by the institution of the sacrament of our redemption, appropriately known as the eucharist (thanksgiving), with the command, ‘Do this in remembrance (anamesis) of me.’ The gospel transforms anamesis from a remembrance of guilt to a remembrance of grace!” (Philip E. Hughes, A Commentary on the Epistle to the Hebrews, pp. 393-394). Hebrews spoke of the worshipers in the Old Testament, and later in this chapter he will encourage you not to neglect the assembling of the saints. Hebrews has spoken of you as God’s house. He compares you to the people of Israel. Your relationship with Christ, your growth in grace, are not solo events, but something you do together as God’s covenant people. The meal with which we conclude the service is God assuring you that the memory of sin has been covered by the memory of grace!

The shadows of the ceremonial system made you remember your sins. Now that the heavenly realty has appeared in Christ remember his sacrifice and live by his grace.