The Spirit of Jesus Builds His Church 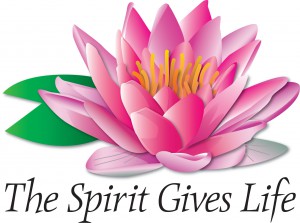 Would you like to have accompanied Paul on one of his missionary journeys? Could you have passed his scrutiny? Your situation is different today, yet, you, the church, are called to do something very similar to what Paul was doing. We are looking at Acts 15:36—16:10.

God calls you by his Holy Spirit to bring the good news to the lost. God uses his church, with all of her weaknesses, to serve him. Just as Paul had been commissioned by the church for his first missionary journey (Acts 13:1-3, so now he is commended by the brothers to the grace of the Lord, Acts. 15:40. Missions is properly the work of the church, both individually and corporately.

A problem arises before they start. John Mark, a relative of Barnabas (Colossians 4:10), had deserted them on the first journey (Acts 13:13. Paul was adamant that this disqualified John Mark from a place on the second journey, but the “son of encouragement” pushed for a second opportunity. The difference was not resolved and the two men separated, Barnabas and Mark going to Cyprus, while Paul chose Silas for his new companion. Beware of giving this account prescriptive authority—it is not a model for resolving conflict. At the same time, note that Paul was later reconciled with both Barnabas (1 Corinthians 9:6) and Mark (Colossians 4:10; 2 Timothy 4:11). More importantly note how God used the weakness and even sinful division to advance his work. Two teams, not just one, go out on what starts out as a follow-up on the recently planted churches. Be aware of your weaknesses, but remember that God can strike a straight blow with a crooked stick!

Grow strong in the faith and in numbers. Although this journey resulted in the gospel going where it had never been preached, the initial purpose was visit the established churches (Acts 15:36) with the result of strengthening them (Acts 15:41; see 3:7). Strengthening the church is not less important than planting new ones. Yet, as the Lord leads and guides the missionaries, they cross into new areas, crossing into Macedonia and Greece. Before this journey ends in Acts 18:22, churches will have been planted in several cities, some of them to be the recipients of letters Paul would write to them and which letters would become part of the New Testament Scriptures. The Lord is building his church.

The Spirit of Jesus leads you. The Spirit who guides and builds the church is the Spirit of Jesus. Not only does God provide the people, he directs them by his Spirit. When Paul, after strengthening the churches, wanted to go west to the province of Asia and then north into Bithynia, he was prevented by the Holy Spirit. How, we are not told—perhaps through prophecies. This time the Spirit is identified as the Spirit of Jesus (Acts 16:7). Don’t forget the close connection between the Lord Jesus and the Spirit (see 1 Corinthians 15:45; 2 Corinthians 3:18). Paul is not confusing two of the persons of the Trinity. Rather, he understands the point of Acts 1:1, that this book in which the Spirit is so prominent, is the continuation of the work of Jesus, now ascended and working by his Spirit through his Spirit-filled church. “The resurrected Christ’s sending of his Spirit on people, not only in Acts 2 but also in subsequent chapters, identifies them with the resurrected Jesus and thus as resurrected people. Thus, all the various function later in Acts are functions of the Spirit of the resurrected Jesus.” (G. K. Beale, A New Testament Biblical Theology, p. 577).

God sends Paul a vision of a man from Macedonia asking, come over and help us. Paul responds, and the good news leaves Asia Minor and crosses into Europe.

Jesus calls and equips you, his church, to make the good news known. Appreciate the similarities and differences between Paul’s time and today. Preaching and witnessing, planting churches, the use of the ordinary means of grace are what God uses in both situations. Paul worked before the Scriptures were complete, and thus there was the need for prophecies and visions. Today you have the Scriptures as your guide. In both situations God equips his people with the gifts needed to plant, build, and strengthen his church.

While visiting the church in Lystra Paul adds Timothy, a young believer, following in the faith of his mother and grandmother (2 Timothy 1:5). His father was a pagan Greek and Paul has Timothy circumcised because his status as a Gentile would make it more difficult to reach the Jews with the gospel. This was a matter of being all things to all people (1 Corinthians 9:19-23), not the practice that he opposed, of requiring circumcision for Gentile converts (Galatians 2:3-5). Timothy becomes more than a helper, he will prove to be Paul’s son in the Lord. As we will see in the rest of Acts 16, in Philippi God would use the unlikely combination of a competent business woman and a slave girl to make the gospel have an impact on that city. Note also the quiet transition to “we” in Acts 16:10. That indicates that the author of the book had joined Paul on this part of his missionary journey.

Paul and his party sail for Macedonia convinced that God had called them “to preach the gospel to them.” The message today, whether in a conversation with a neighbor, a sermon in church, or words spoken by the Tuiningas in Mbale, is the message of the work of the incarnate Christ. It involves his humiliation—his suffering and death for our sins—and his subsequent resurrection, through which he becomes life-giving Spirit. He continues to work in you through his Spirit. He uses you to bring that good news to the lost.

While you, the church today, don’t have a vision from the Spirit of a man from Macedonia, you have something that Paul could not yet have—the full Scriptures inspired by that same Spirit. Your task, like that of Paul, is to make that good news known. You have God’s assurance that his Word will not return to him void.