The Sanctity of Life 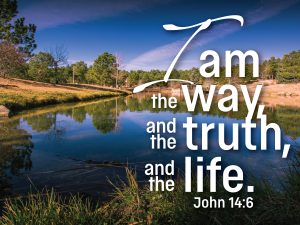 We live in a country that allows the taking of lives of unborn children whose existence is inconvenient. Our state allows physician assisted suicide, and our legislature is considering loosening restrictions on the practice. We are involved in wars that have taken thousands of lives of those serving in our armed forces as well as many more in other countries. What does the Sixth Commandment, Exodus 20:13 say about this? How do God’s instructions after the flood (Genesis 6) underline the sacredness of human life? And what does Jesus tell you about this commandment (Matthew 5:21ff.)?

God treats murder very seriously. The shedding of blood requires that blood be shed. The murderer was to die, for the victim is made in God’s image, Genesis 9:5b,6. The New Testament supports this principle. The state is God’s servant, and bears the sword, Romans 13:1-4. There is a place for execution, just war, and even self-defense, see Exodus 22:2. God himself requires the death penalty for murder. Accidental man-slaughter is put in a different category, Deuteronomy 19:4,5.

Commit no murder! You may not take life unjustly. As our culture tries to separate itself from God, it increasingly views human life as something disposable. Much of our entertainment on the screen involves violence. Does your recreation promote obedience to this commandment? The lives of many unborn children are snuffed out daily in our country, often simply for the convenience of the parents. Infants born with greater or lesser defects are increasingly at risk. Oregon now allows for legal suicide. Death by someone’s choice is increasingly common in parts of Europe, and is gaining in our society. Look at these, sometimes complex, issues as you vote. Does a candidate take a stand to protect life at its most vulnerable stages, before and after birth, and near the end of life? Is a candidate willing to examine whether military conflict we are involved in is a just war? How does he or she view the lives of our countrymen in harm’s way—and the lives of those in countries we are involved in?

Don’t murder in your heart. Genesis 3 records the Fall. Genesis 4 the first murder—and makes it very clear that the sin started long before Cain attacked his brother in the field. It began with Cain’s heart, despite God’s clear warning. Don’t take a Pharisaical, superficial view of this commandment, Matthew 5:21. Remember that this commandment goes to your heart. Hatred violates it, Matthew 5:22. Hatred is ultimately murder, 1 John 3:15. Parents, do you discipline in love and consistency, or are your words and actions towards your children the fruit of anger and frustration? This commandment calls husbands to treat their wives and children with gentleness and respect, rather than harshness. Spousal abuse, whether or not it leaves physical marks, violates this commandment. G. K Chesterton has fictional priest-detective Father Brown explain how he identifies murderous criminals: “You see, it was I who killed all those people.” Brown goes on to reflect, “No man’s really any good till he knows how bad he is, or might be . . . .” Fiction, but true!

Preserve life. Yes, oppose the violence of our society, but also take positive steps to preserve life. The Christians in ancient Rome searched under bridges for children who had been exposed, and took them into their homes. Be involved in helping women with problem pregnancies find alternatives to abortion. Be willing to stand with people who are facing terminal illness, and provide encouragement, a loving presence, respite care and other concrete help. God’s people should be known for their respect for life. Read 1 John, and replace angry, murderous thoughts and words with actions of love. Take efforts to preserve your own life. Avoid the abuse of alcohol, drugs, tobacco, food (overeating), sleep loss, etc., which may harm your body. The church may not go beyond Scripture in making legislation, but it must call you to do all to the glory of God, 1 Corinthians 10:31.

Live your life in Christ! Look to Jesus, the Lord of life. How does Jesus describe himself? The word God uses to sum up what his redemptive work in Christ provides you is “life.” “It is the sanctity of life that gives meaning to the redemptive process in all its phases.” John Murray, Principles of Conduct, p. 116. Jesus is the one to whom you must turn. He laid down his life, so that you could be forgiven for your murderous heart. He rose from the dead so that you can now stand before God and live, instead of being a convicted murderer. Don’t limit singing about the resurrection to one Sunday a year! “As with the other commandments, Jesus transforms this one by more than his condemnation of murderers. He provides the very Life that can rescue us from our murderous selves. He brings the life of the new creation in himself. . . . Those who would claim to be pro-life must be pro-Life: pro-Lord of Life.” (Edmund P. Clowney, How Jesus Transforms the Ten Commandments, p. 84).

Live in joy to the glory of God. Perhaps you’ve met people who are so obsessed with lengthening their lives that their focus is profoundly self-centered: eating the right supplements, getting exactly the right exercise, avoiding this danger and that. Now, a healthy diet and exercise are good things, and can help us keep this commandment as it relates to ourselves. But instead of making an idol of self, instead of centering on you, recognize that your life is a gift from God. Should you be called to lay it down for Christ’s sake, do so willingly. Recognize Jesus as the Lord of Creation as well as its and your Redeemer. Live your life joyfully, lovingly, knowing that you belong to him.

The Lord of Life made you in his image. As you trust the one who is Bread of Life, your murderous heart is forgiven, and you have been renewed in the image of your Redeemer. Live this week with the joy, with the love, with the gratitude that flows out of that.