The fullness of the blessing of Christ 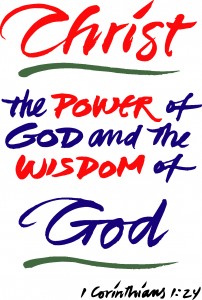 What motivated Paul, who had suffered beatings, imprisonment, and even attempted stoning as consequences of his work, to plan with eager anticipation, another leg in his missionary journeys? What motivated and enabled the Roman Christians to present their bodies as living sacrifices, to be obedient to Paul’s instructions to please their neighbors, not themselves? What undergirds your life as a Christian? The answer in each case is the fullness of the blessing of Christ, which Paul mentions in Romans 15:29.

Paul’s “I know” in that verse implies certainty, but certainty about what? Was he certain he would be visiting Rome? Hardly. That was certainly his goal, but it had already been delayed a number of times (and you know from reading the Book of Acts that it would be delayed more than he expected as he wrote to the church). The certainty is that when he does come, he will come in the fullness of the blessing of Christ.

This blessing involves the rich concept of your union with Christ. Christ’s blessing is rooted in his atoning work. His death paid the penalty for your sins. His resurrection is your justification, Romans 4:25. But how do those events of almost 2,000 years ago touch you, affect your life? The Holy Spirit unites you to Christ in his death and resurrection. There is no condemnation for those who are in Christ Jesus, Romans 8:1. Christ’s full blessing extends to all of life. It includes growth in sanctification. Christ’s blessing focuses in the presence of the Holy Spirit.

The risen, glorified, ascended Lord gives his blessing to his people who trust in him. Just as he was with Paul and the believers at Rome, he is with you. He is present in all his grace and power. Don’t be guilty of what a friend of mine has called “ascension deficit disorder”–failing to appreciate the victory that is yours as you are united with Christ in his death, resurrection, and ascension.

The fullness of the blessing of Christ had motivated Paul as he proclaimed Christ. It gives you the strength to live in joy and hope as God’s people.

In his book Redemption Accomplished and Applied John Murray writes: “It is in Christ that the people of God will be resurrected and glorified. It is in Christ they will be made alive when the last trumpet will sound and the dead will be raised incorruptible (I Cor. 15:22). It is with Christ that they will be glorified (Rom. 8:17). . . . Apart from union with Christ we cannot view past, present, or future with anything but dismay and Christless dread. By union with Christ the whole complexion of time and eternity is changed and the people of God may rejoice with joy unspeakable and full of glory.”

Do you have a vision of the fullness of the blessing of Christ?