The Author of Your Salvation 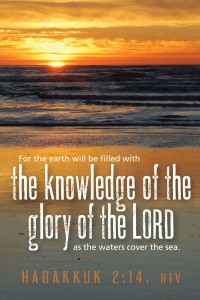 Is follow the leader a children’s game or is it more important? Hebrews 2:1-13 tells you it is the latter, especially as you look at who the leader is and where he is leading you.

Follow your leader—to glory. The first step is to recognize that God is truly God. He is, as some modern translations correctly indicate, the subject, the one doing the action, in verse 10. He is Creator. He is central to everything and everyone. Your chief end is to glorify and enjoy him forever. Take God at his own terms. Beware of a conversation that begins, “I can’t believe in a god who. . . .” God, not we, sets the standard.

Your goal is glory. This God is pleased to bring you, along with many brothers and sisters, to glory. The original readers failed to recognize the glory of Christ, so Hebrews goes to great lengths to point our his majesty at the right hand of the Father. If you fail to recognize God’s glory, you probably also fail to recognize what goal God has for you. It is nothing short of sharing in the glory of God in the new heavens and earth. Your being in Christ, united to Christ, means that you are on your way to glory. That’s why it is so important that you trust in him.

This Christ is the author of your salvation, according to Hebrews. You might call him the pioneer, the one who has gone ahead. The word has been translated variously as captain, author, pathfinder, or pioneer. “The word [captain or author] . . . signifies one who leads at the beginning or head. . . . Christ draws us after himself to salvation. He led the way to glory.” (Geerhardus Vos, The Teaching of the Epistle to the Hebrews, p. 96). He has gone ahead to obtain your deliverance for you, as Hebrews 12:2 tells you. In order to do this he had to be made like you. The eternal Word had to become flesh. The Son of God became incarnate. He accomplished your salvation by his suffering, death, resurrection, and exaltation. God calls you to follow him.

It may sound strange, but this glorious Christ was made perfect through suffering. He was made perfect, not in the sense of needing to be cleansed from sin, for his is sinless, Hebrews 7:26. Yet, suffering was fitting for his messianic office. He learned obedience by what he suffered, Hebrews 5:8. He is perfectly identified with you, his people. As you trust in him, there is no suffering you face to which he is a stranger. Hebrews draws a terrible contrast between the glory of Christ and his humiliation. He did this to be your Redeemer.

Therefore, Jesus is not ashamed to call you his brothers. You are part of his family. You have been adopted into the family of God. Once again Hebrews uses Scripture quotations to make his basic point. Psalm 22 is a messianic Psalm, much of it focusing on the suffering and death of Christ. Apparently, as Jesus suffered on the cross, this Psalm filled his heart and mind. He prayed this Psalm. But Psalm 22:22 marks a turning point, and you see the Servant, no longer suffering, but praising God in the congregation. You cannot think of Christ in his exaltation, in his triumph, without also thinking of you who trust in him. “The Messiah’s brethren. . . are those, his fellow men by incarnation and his fellow heirs by reconciliation and adoption, whom he has redeemed by the sacrifice of himself on the cross. The proclamation of God’s name is the proclamation of divine grace and mercy which is the message of the gospel with its promise of a glorious destiny for those who respond to the heavenly call, and its assurance that, as Athanasius says with reference to this passage, the Lord’s body is ‘the root for our resurrection and our salvation.’” (P. E. Hughes, A Commentary on the Epistle to the Hebrews, p. 108). The quotes from Isaiah may seem puzzling, but remember that the quote carries the context with it. Isaiah 8 speaks of the Messiah as the Rock. The reference to children, while referring immediately to Isaiah’s sons (with strange sounding names) are ultimately point to the Messiah and those he redeems.

Do you grasp the wonder of what Hebrews tells you? Not only do you address one another as brothers and sisters, but Jesus uses that term about you. He is not ashamed to call you his brothers! Now that ought to motivate you to keep being brought into his glory as your goal.