The Arrest of the King 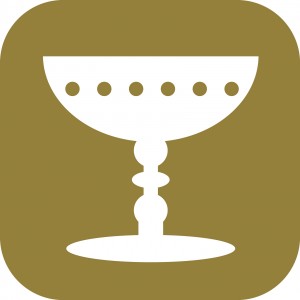 Have you ever watched a police officer arrest someone he considers armed and dangerous? That’s the picture John (in 18:1-11) paints of the arrest of Jesus.

Your King crossed the Kidron Valley to be your Savior. The teaching in the upper room was completed. Jesus has ended his prayer for his disciples—and for you. Now he leads the 11 disciples across the Kidron Valley to a garden (described by the other Gospels as an olive grove named Gethsemane).

Although Jesus did spend time in fervent, agonized prayer there, as the other Gospels indicate, John selectively does not describe that. Instead, he focuses on the fact that Judas (who had left the upper room to betray Jesus) knew the place. And it was there that Judas led the band of armed men to arrest Jesus.

Do you remember that after he fed the 5,000, Jesus left the area because the crowd wanted to make him king by force? Now he is asserting his kingship, as the conversation with Pilate later in the chapter will indicate. Jesus’ choice of a route and destination was a self-conscious choice by the King. As the Scripture reading from 2 Samuel 15 indicates, this was the route that King David had followed, approximately 1,000 years earlier. Like David, whose son had turned against him, Jesus was betrayed by one of the men in his inner circle.

But notice the contrasts. David was fleeing for his life. Jesus was crossing the Kidron in order to be arrested and go to his death. David fled to retain his throne. Jesus, who already was truly King, was going to his betrayal, suffering, and death in order to ascend to a more magnificent, triumphant aspect of his kingship.

Often those interested in following King Jesus are told that this is the answer to their needs, the solution to their problems. But trust in Christ involves union with him in his sufferings. To be identified with Christ is often, in today’s culture, to be associated with ridicule. In parts of the world it even now involves far more suffering than what you and I face.

Your King was bound so that you could be free. Judas (notice how John repeatedly identifies him as the one who betrayed Jesus) led a group of armed men, including temple guards responsible to the chief priest, and possibly a detachment of soldiers, though we can’t be sure, to the garden where he expected to find Jesus. However, instead of fleeing, Jesus met the approaching armed men, and asked, “Who is it you are seeking?” They respond with “Jesus of Nazareth.” As Jesus identifies himself, they draw back and fall to the ground. He asks a second time, and then, as he surrenders himself to be bound, tells them to let his disciples go. Clearly, Jesus is in charge. He is unwilling that any of his disciples perish (in fulfillment of his prayer in John 17:12). But he is willing to be arrested, to be bound like a dangerous criminal, because he is concerned, not just for the 11, but for you, for me, and for all who would come to believe in him.

Matthew recorded Jesus’ statement that he could summon 12 legions of angels, should he need protection. Jesus rebukes Peter for his impetuous, poorly executed effort to defend Jesus. John alone identifies by name the man struck by Peter.

Why did angelic swords remain undrawn? Jesus had to be arrested and bound so that he could carry out, by his death and resurrection, the redemption of all his people. He goes willingly, not just as someone who faces a superior force. By his being bound, you, if you trust in him, have been set free.

“Jesus is not departing as the victim of Judas’s betrayal and the superior might of his enemies. He has the power to lay down his life before taking it up again, and no one takes it from him (10:18). What he does and suffers he does and suffers out of love for and obedience to the Father. (cfr. 14:21). But his suffering is not for that reason any less real, and Jesus does not pass though it as if he were inviolable. The ‘cup’ symbolizes, rather, the bitterness of the suffering and death he must endure (cf. Mt. 26:39 par.). It is the surrender of his life, which he must give for his own (17:19) and for the life of the world (6:51) as the Lamb of God who thus carries away the world’s sin. . . . Jesus’ power consists in his obedience to do ‘as the Father has commanded’ him (14:31) to the bitter end.” (Herman Ridderbos, The Gospel of John: A Theological Commentary, p. 578)

In rebuking Peter, Jesus speaks of his willingness to drink the cup the Father has given him. Your King drank the cup so that you would not be lost. Although John is selective in what he records, not including the agonized prayer in the garden, he is aware of the content of that prayer. Here he records Jesus speaking of drinking the cup. This is a cup of suffering and punishment, imagery used often in the Old Testament to refer to the judgment the Lord sends to rebellious sinners. But here is the sinless One, drinking the cup which he had just prayed to be removed from him, because he is willing to do his Father’s will.

Don’t minimize the reality of that suffering. Don’t underestimate the bitterness of that cup. Appreciate, the best that you and I can, the agony of the decision he made to drink it. Give thanks that he was willing to do his Father’s will.

You live in a world in which there is suffering, perhaps beyond what words can describe, beyond what you can imagine. And some of you may be saying, truthfully, I don’t need to be reminded of that—I’m in the middle of that suffering right now.

How do you handle that suffering? Is God helpless to do anything but sympathize with you? Some react with anger at God (that’s understandable, but it is not a point at which a Christian ought to be encouraged to stay).

As a Christian, how do you deal with the horrendous suffering around you and in your life? Recognize that God is not ignorant of the problem. The terrible cup that Jesus drank is the one give him by his Father. He knows what it is to suffer.

Significantly, when Jesus instituted the sacramental meal with which we conclude this worship service, he gave you elements that focus on his suffering and death. The cup is his blood, he said. You are united with him, not only in resurrection glory, but also in suffering. But, as you partake, you have the comfort of knowing that it is Christ to whom you are united by faith.

Not in spite of suffering, weakness, and being bound, but precisely through them, Jesus becomes your triumphant King. Trust him and take hope!