So What’s Your Name? 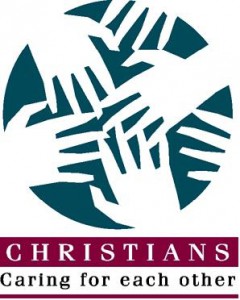 You guard your identity, your good name. How is your life different because of the name, Christian? Acts 11:19-30 describes the time the believers were first called “Christians.”

In Christ’s name tell the good news. Be willing to cross barriers with the gospel. Luke takes you back to Acts 8:4 and the scattering caused by Saul’s persecution of the church. What Satan intends for evil, God sovereignly uses for his good purposes. Greeks, Gentiles, began to hear the good news. Antioch, the third city of the empire, was known for its immorality and its worship of the goddess Astarte. But it was about to become, not just a center of Christianity, but a point from which the good news would go throughout the empire. “Antioch in Syria, which two centuries earlier had been the capital of that notorious temple profaner Antiochus IV, now became a site of the Lord’s new ‘temple.’ Christians from the Jewish Dispersion, from Cyprus and Cyrene, broke through the ethnic-religious barier to announce God’s good news to uncircumcised Gentiles, and God’s power accompanied their announcement.” (Dennis E. Johnson, The Message of Acts in the History of Redemption, p. 95). The barrier crossing in Antioch continues to be the task of the church today.

Appropriately, here believers were first called “Christians.” Live up to your name! The church at Jerusalem sent Barnabas to check on what was happening. “Jerusalem sent a delegate to Antioch to look into the strange events that were being enacted in that great city. It was a critical moment: much—far more than they could have realized—depended on the delegate whom they were to send. In the providence of God, they chose the best man for this delicate and important work—Barnabas, the ‘son of encouragement.’ Barnabas himself was a Cypriot Jew by birth, like some of those who had begun to preach the gospel to the Antiochene Gentiles, and his sympathies would in any case be wider than those of Jewish Christians who had never set foot outside Judea.” (F. F. Bruce, Commentary on the Book of Acts, pp. 239-240, NICNT).

Barnabas needed help, and sought out Saul of Tarsus. The seeking may indicate he had been disinherited and perhaps disowned by his relatives, see Philippians 3:8. The labors of this team were to bless the church in Antioch and then far beyond.

Here the name “Christian” was first applied to the followers of Jesus. It’s initial use may have been derisive, but it certainly indicated the frequency with which the people of the Way used the name of their Lord.

What distinguished the covenant people of God in the Old Testament? They were called by his name, Deuteronomy 28:10. God placed his name on them, Numbers 6:22-27. Now, in the New Testament, you have the name of the Messiah, Christ, on you.

For Christ’s sake serve his church. Live by the Word of God. Prophets came from Jerusalem. In a time when the Scriptures were not yet complete, this is how God gave his Word to his people. You have a more sure, a more complete word of prophecy, 2 Peter 1:16-21. Live in its light! Agabus provided a specific prophecy of a coming famine, thus providing an opportunity for the church to live up to its new name.

Care for those who share your name. The church at Antioch, rather than seeing itself as isolated, recognized that it was part of a larger body. That concern for others who shared the name of Christ took tangible form. Bearing God’s name involves living that way, as Deuteronomy 28 pointed out.

What’s you name? Live up to the name, Christian!