Palms, a Crown, and the Cross 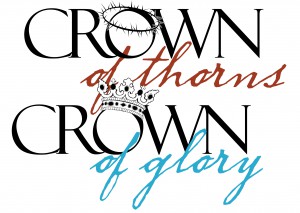 Against a background of deep frustration by the people, who were filled with anger against establishment authority, Jesus was welcomed into Jerusalem on what we call Palm Sunday. But the week led to a crown of thorns and a cross. In what do you hope? In what do you boast? In Galatians 6:14-15 Paul points you to the one thing worth boasting about: paradoxically, he boasts in the cross.

Be careful where you put your trust. Paul’s “May I never boast” looks to various other things in which people boast or trust. The crowds on Palm Sunday were looking for a political or military messiah who would deliver them from Rome. But when Jesus proved not be that, they turned against him by the end of the week. The teachers in Galatia, threatening the well-being of the churches with another gospel, were promoting a compromise between faith in Christ and a religion by works. While they would not overtly deny Christ, the saw what they did (in their case keeping the details of the ceremonial law) as crucial to salvation. One of their motives, according to the Apostle, was to escape persecution. Christ plus what I do is a common religion in North America among those who consider themselves religious. Paul pushes you to ask yourself where your trust is.

Boast only in the cross. Paul uses the strongest possible negative, “halfway between a curse and a prayer,” to indicate his abhorrence of boasting in anything other than Christ’s cross. To boast in a shameful instrument of execution seems paradoxical. And the cross was (and is) a stumbling block to many, 1 Corinthians 1:22-24. This is the cross of the Lord Jesus Christ. The names and title used for Christ reveal his glory, power, salvation, and office. Paul shuts you up to Christ’s work. Any form of self-salvation denies the sufficiency of Christ’s work, whether the the teachers in Galatia (Christ + ceremonial law), Christ + the church and certain works, Christ + my decision) or the unorganized religion of suburbia (Christ + being a good person). Paul points to Christ’s completed work as the only basis for salvation. Only Christ’s work and Christ’s work alone is good news!

Crucifixion has happened—to the world and to you. The world has been crucified to you. Note the passive. You are not the one who did the crucifying of the world, but God did it through his Spirit. Earthly values and treasures are dead, Philippians 3:7,8. You are dead to the world. As a Christian you are no longer alive to the things that separate you from Christ. The world may ignore you as dead. But this death involves life in Christ. Part of glorying in the cross is your life of obedient trust and service, Colossians 3:1-5; Galatians 5:22,23. Christianity, as here portrayed, is not the gentle, easy-going doctrine that is being mistaken for it to-day. It is no light thing to say, ‘The world hath been crucified unto me, and I unto the world.’ But the result is a new creature!” (J. Gresham Machen, Machen’s Notes on Galatians, p. 206).

What counts is a new creation. The term new creation brings to mind the original creation, and the Spirit hovering over the unformed earth. The Christ who was welcomed in his triumphal entry went on to wear a crown of thorns and to be lifted up on a cross by the end of the week. But you cannot separate the cross from the empty tomb and the exaltation of your Lord. As the triumphant Savior, the Spirit becomes his to give, and in giving the Spirit, he gives himself. That Spirit not only makes you a new creature, he inaugurates a new creation, in which the Christ is truly King. That is why Paul can boast in the cross. “There has been created a totally new environment, or, more accurately speaking, a totally new world, in which in which the person spoken of is an inhabitant and participator. . . . [Christ is] the central dominating factor of a new order of affairs in fact nothing less than the originator and representative of a new world-order.” (Geerhardus Vos, The Pauline Eschatology, page 47).”

The palm branches of the triumphal entry were waved by people with a drastically shallow understanding of the work the Messiah was to do. He is indeed the king. But before the crown of triumph is the crown of thorns and the cross. It is only through his suffering and death, his shameful execution, that Christ triumphs. Paul challenges you to place your trust in him alone, to boast in nothing other than his cross.