Organized for the New Era 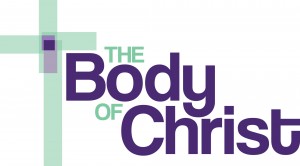 Acts 1:12-26 gives you a picture of an important step in the process of the church of the Lord Jesus Christ becoming organized.

Absolutely essential is prayer. Luke is describing the beginning of the church in its New Testament form. He lists the apostles by name, the men that Jesus had chosen (Luke 6:13-16) to be his disciples during his earthly ministry and then to be the pillars, the foundation pieces, of the church after his resurrection.

They were part of the whole body, numbering about 120. Luke describes the larger body, including the women, because the office of believer is very important. Jesus’ brothers have now come to believe. This is the last mention in Scripture of Mary, the mother of Jesus.

What is the church doing? Praying! In his Gospel, Luke has noted specific, frequent times when Jesus prayed (Luke 6:12; 9:18; 9:28; 11:1; 22:39-46; and 24:30). Similarly, prayer would characterize the church at crucial points: Acts 1:14, 24-25; 2:42; 3:1; 4:24; 6:6, etc. Luke is not just describing a bit of historical trivia, but rather is teaching you what the posture of the church ought to be: in prayer. Prayer is a function of the entire church. Use that gift! Matthew Henry comments: “They had new work before them, great work, and, before they entered upon it, they were instant in prayer to God for his presence with them in it. Before they were first sent forth Christ spent time in prayer for them, and now they spent time in prayer for themselves. They were waiting for the descent of the Spirit upon them, and therefore abounded thus in prayer. The Spirit descended upon our Saviour when he was praying, Luke iii. 21. Those are in the best frame to receive spiritual blessings that are in a praying frame. Christ had promised now shortly to send the Holy Ghost; now this promise was not to supersede prayer, but to quicken and encourage it. God will be enquired of for promised mercies, and the nearer the performance seems to be the more earnest we should be in prayer for it.”

Along with prayer goes the structure, the organization of the church. In this area, as well as elsewhere, listen to God’s authoritative Word. Peter, in relatively mild terms, describes the treachery of Judas. Notice how Peter cites the Scriptures: as spoken by the Holy Spirit through the mouth of the human author. The Scriptures are authoritative, and thus to be obeyed. He quotes from Psalm 69 (clearly messianic) and from an imprecatory Psalm, 109. Peter has listened to Jesus explain the focus of the Scriptures on himself. Peter’s use helps you to understand how to use the sometimes difficult Psalms. As Dennis Johnson observes: “When Peter explains why another must take Judas’ place, we sense that he has taken to heart Jesus’ post-resurrection lessons in biblical interpretation (Luke 24:44-49, 25-27). Now Peter recognizes that ‘it was necessary’ . . . that the psalmists’ laments over treachery by intimates would reach their climax in the betrayal of the Messiah himself by one from his own inner circle (Pss. 41; 69; 109). God planned and announced in the Scriptures that the righteous Sufferer would be betrayed by a companion, and that this false friend would thereby forfeit his leadership privilege.” (The Message of Acts in the History of Redemption, p. 20).

Two men met the qualifications of being eyewitnesses of Jesus’ earthly ministry and of his resurrection, but the Lord selected one through the casting of lots.

John, in his first letter, emphasizes that the true faith is one shared by and built on the testimony of the apostles. Christ, who had chosen the 12, now selects Matthias as a replacement for the traitor. The new Israel, to be composed of believers from many nations, still needed to have the leadership that the Lord had ordained.

Acts 1 is not just technical details. Rather, Jesus himself is concerned about the structure of his church. He did and continues to guide her by his authoritative Word. And he calls you to prayerful service.