Only Together with Us 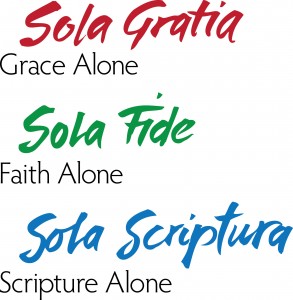 If you had been writing Hebrews 11 would your list have been different from that of the author? The closing verses of the chapter (32-40) help point you to the reason these accounts are mentioned.

The Scriptures are full of heroes of faith. There is not enough time to detail their faith. He names some: Gideon, Judges 7; Barak, Judges 4; Samson, Judges 13-16; Jephthah, Judges 11; David was a man with tragic sin and weaknesses, yet was a man after God’s own heart; With Samuel the rest of the prophets are included. Others are described more generally by their actions.

Others gained a better resurrection. Some were martyred, and the resulting resurrection is better than the temporary one wrought through Elijah or Elisha. The persecuted may refer to Maccabean refugees, but the sufferings cannot be limited to specific periods. God’s people have suffered frequently through the ages. Tradition speaks of Jeremiah being stoned and Isaiah sawn in two. “Wanderers” may refer to the refugees in the Maccabean period.

Faith gave strength in every need. It is not just an expectation of a happy and carefree life. Faith sustains you in persecution. The Old Testament saints had suffered more than the readers (see 12:4), but all of God’s people are called to suffering as part of their union with their Lord. It is faith that sustains even in death itself. Faith is not a mechanical instrument, but a trust in God’s sovereign grace, ultimately a trust in the coming Messiah. Notice how frequently he is anticipated in the list: vv. 4,7,13,26. Yet none of these received the fulfillment of the promises. Calvin compares them with you, today: “A tiny spark of light led them [Old Testament believers] to heav­en, but now that the sun of righteousness shines on us what excuse shall we offer if we hold to the earth? . . . He bestowed a small portion of grace on them so as to put off its complete perfection to our time, that is, to the advent of Christ. It is a singular evidence of God’s loving-kindness toward us that although He showed His bounty to His children from the beginning of the world, He has so arranged His grace as to take regard for the salvation of the whole body.” (Commentary on Hebrews, at 12:39-40).

God planned something better for you. You might be tempted to think of the “good old days” when heroes of faith walked the earth. But God planned something better for you. What is that “something better”? Look back at Hebrews 7:22 where the new covenant is contrasted with the old, and the new is labeled “better.” The old covenant was not bad. It was not works-based. But it was incomplete because it symbolized something better. It looked forward to its fulfillment in Christ. Look back also to Hebrews 1:1-2. God truly spoke to the fathers in various ways. But pales in comparison with the speaking he has now done, once for all, in the Son. Old Testament believers were saved by faith as they looked to a Messiah to come. His work, which you have experienced, is so powerful that it reaches back to them. “Here the perfecting effected by Christ is carried back to the Old Testament believers. Thus a retroactive effect is ascribed to the work of Christ. These Old Testament believers. . . did not receive the promise in their own lifetime, this being reserved for us, that they should not be made perfect without us.” (Geerhardus Vos, The Teaching of the Epistle to the Hebrews, p. 124).

You are being made perfect together with these people of faith. Why were they not yet, in their day, made perfect? What was a future promise for the Old Testament saints is a reality which you possess. (Yet your salvation also has a “not yet” aspect to it.) Walk by faith. Don’t demand to see immediately the working of God’s promises. God’s people are made perfect together. The body of Christ, the church, is a unit that spans the Old Testament and the New. His people of old were not perfected without the events which have accomplished your salvation. Your goal, as those of old, is nothing less than perfection.

God calls you to trust Christ and his work, so that you, together with Abel, Abraham, Moses, Rahab, and the whole body of Christ, might be brought to perfection. Trust Christ, now and always!