Not Held Against You 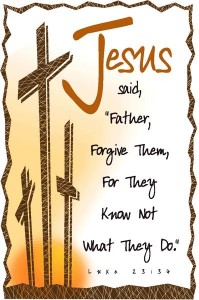 What does it mean to have your sins no longer held against you? The prayer of Stephen as he died (Acts 7:60) helps answer that. To hold a sin against someone means to have it unforgiven. Stephen’s prayer stands against the background of unforgiven sin.

A clear example of a request for sin to be held against someone is Zechariah’s prayer for justice, 2 Chronicles 24:22. This priest, son of Jehoiada who had saved the life of King Joash, by order of the king, was stoned to death after rebuking the people for their idolatry. Does this sound like what happened to Stephen? His dying prayer was that the Lord would see this and call the murderers to account. God heard that prayer, and the death of Joash (2 Chronicles 24:25) was a result, though, of course, the final judgment is in the life to come.

This incident is a specific working out of the principle that God, because he is holy, remembers guilt and punishes sin, as Hosea 8:13 and 9:9 remind you. God cannot simply ignore sin. Sin is connected with the sinner, and it is the sinner who receives God’s punishment for his evil. God’s character remains the same today. He does not accept affluenza or any other excuse. The only way that you can stand in the presence of a holy God is if the guilt of your sin has been place on a substitute, and if the holy and just anger of God against you has been satisfied in the death and resurrection of his Son.

There is an unforgivable sin, as Jesus points out in Mark 3:28-30. It is not one of the terrible sins that we might think of (read 1 Corinthians 6:9-11), but involves a knowing rejection of Christ, attributing his work by the Spirit to Satan. The Christian who is afraid he might have committed this sin is probably not guilty of it. Nevertheless, remember that any and all sin, unforgiven, results in God’s eternal judgment.

Against this background look again at Stephen’s prayer and give thanks that your sins are no longer held against you. Forgiveness involves repentance and faith. Stephen prayed for his executioners. Was that unanswered? No. At least a partial answer came with the conversion of Saul of Tarsus. The basis for the forgiveness you receive from God is never your repentance and faith, as essentail as they are. The basis is the death and resurrection of Christ, the One to whom you look in faith.

Stephen’s prayer echoes the prayer Jesus prayed, Luke 23:34. This prayer of Jesus is what accounts for the difference between the prayer of Zechariah and that of Stephen. If there were ever a sin which would be unforgivable, it would appear to be the murder of the only sinless person ever born, the one who is not only human, but is the God-man. What restrains the onlooking legions of angels? The prayer Jesus offered. You saw that prayer being answered as Peter preached repentance in his Pentecost sermon. Jesus’ prayer summarizes the life, and especially the death and resurrection of Jesus.

Because you are forgiven, you can echo Stephen’s prayer. You can and you must forgive. Forgiveness of others is important enough that, like repentance, though it does not form the basis of your being forgiven, you cannot expect forgiveness from God without it. You cannot remit that part of sin that is against God, but Jesus commands you to forgive your brother as he repents. John Murray puts it well: “Forgiveness is not overlooking a transgression, it is not simply to be of a forgiving spirit; it is not even the readiness to forgive. Forgiveness is a definite act performed by us on the fulfillment of certain conditions: ‘If thy brother trespass against thee, rebuke him; and if he repents, forgive him’ (Luke 17:3). . . . We greatly impoverish ourselves and impair the relations that we should sustain to our brethren when we fail to appreciate what is involved in forgiveness. Where would we be in relation to God if God were simply ready to forgive but never actually gave us the sentence of remission and absolution?” (Collected Writings of John Murray, Vol. 3, pp. 191-192).

The beginning of the Christian life involves repenting, placing your trust in Christ, and seeking his forgiveness. The daily Christian life if more of the same. Cry out for mercy, and rejoice that God no longer holds your sins against you!