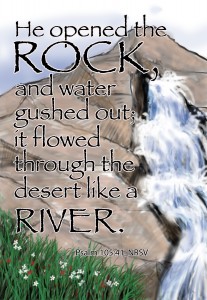 What is a miracle? Are miracles something you experience? Many of us can attest to wonderful answers to prayer. What does the Bible tell you about them? Hebrews 2:2-3 helps answer that.

God used miracles to bear witness to you. The original witnesses confirmed Christ’s words to you. Your salvation was first proclaimed by Christ, who is far superior to any angelic being. Witnesses confirmed what he had said. Apostolic preaching reflected what Christ had told them and explained the redemptive facts of his death, resurrection, and ascension. What they wrote was revelation from God, 2 Peter 3:15-16.

God also bore witness through signs and wonders. God accompanied this revelation with various miracles. Signs are a typical term for miracles, John 2:11. Miracles point to something beyond themselves, the redemptive work of Christ, John 20:30,31. Wonders is not used alone, but always with signs in the New Testament. The term refers to the marveling response evoked by miracles. Various miracles (powers) is another term for miracles. It refers to the power of God displayed. Gifts (distributions) of the Holy Spirit points to the source of the power involved. They are the work of the Holy Spirit, 1 Corinthians 12:6-8. The wide variety of miracles is emphasized, and the list has a comprehensive, cumulative effect. God did testify through these miracles. Miracles are directed against sin and the curse. They are not merely supernatural or spectacular, though they are that. God is present and active in “natural” events. Don’t become a deist! Healing through medication does not mean that God is not active. The Bible doesn’t emphasize a lack of means. Rather, to think of miracles the way the Bible does, think of them as directed against sin and the curse on sin (casting out of evil spirits, healing the sick, raising the dead). Miracles are a visible form of the Word of God. Miracles do what God says. Why did God send miracles? To make visible in a dramatic way the power of the gospel as God confirmed the message of the eyewitnesses to Jesus Christ. 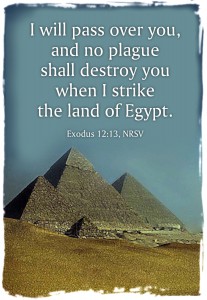 God sent miracles as part of sending the revelation of his Son. Miracles accompanied new revelation. The time of the Exodus had powerful miracles, and was the period in which Moses was inscripturating, by inspiration, the first books of the Bible (c. 1450 B.C.). When signs and wonders are referred to in the Old Testament, they often point to the great redemptive event of the Exodus. The prophetic period, starting with Elijah and Elisha (c. 850 B.C.) was another period, both of writing Scripture and various miracles. As revelation climaxed in the Son (Hebrews 1:1,2), there is almost an explosion of miracles. The revelation in Christ is not complete until recorded in the New Testament. Thus the miracles accompany the accounts of Christ’s teaching and work, Hebrews 2:3,4. “When our Lord came down to earth He drew heaven with Him. The signs which accompanied His ministry were but the trailing clouds of glory which He brought from heaven, which is His home. The number of the miracles which He wrought may easily be underrated. It has been said that in effect He banished disease and death from Palestine for the three years of His ministry. If this is exaggeration it is pardonable exaggeration.” (B. B. Warfield, Counterfeit Miracles, p. 3).

In line with that they end with the end of new revelation. God has spoken definitively in Christ. No new revelation is needed. Hebrews 1:1,2; Revelation 22:18,19. You are not without God’s Word. You have it in Scripture, 2 Timothy 3:16. With the end of definitive revelation, there is no more need for miracles in the Biblical sense. “Because Christ is all in all, and all revelation and redemption alike are summed up in Him, it would be inconceivable that either revelation or its accompanying signs should continue after the completion of that great revelation with its accrediting works, by which Christ has been established in His rightful place as the culmination and climax and all-inclusive summary of the saving revelation of God, the sole and sufficient redeemer of His people.” (B. B. Warfield, Counterfeit Miracles, p. 28). (I’m not going to argue too strongly if we use the term to refer to wonderful answers to prayer–but keep in mind that as wonderful as those providential dealings of God are, they are distinct from the purpose of the Biblical miracles which accompanied revelation.) They have served their purpose, and have ended. You are not absent from God’s power, from wonderful answers to prayer. God is still there. Do not become a reformed deist!

Why did God give miracles? God gave miracles so that you might believe. You live in the age of the powerful Holy Spirit. His gifts are many. Seek the more excellent way, as Paul reminds you. His power is seen in making those dead in sin alive, selfish people loving, etc. Instead of focusing on miracles, ask yourself if you are being shaped by the powerful working of the Spirit in molding your life to God’s glory. These things are written so that you might believe. Do you ask for miracles as an ongoing sign today to enable people to believe? Remember Jesus’ words in the parable of the rich man and Lazarus, Luke 16:27-31. God has given you his Word, the revelation of his Son, and the accounts of confirming miracles. How can you ask for more?

God has revealed himself to you in Christ. How do you respond?