Judgment and Fear in the Church 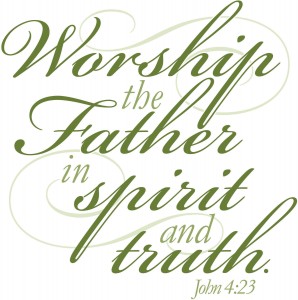 Another effect of the Spirit’s grace is the spontaneous generosity, with believers selling property and giving to the needy. Outstanding in this was Joseph, a Levite from Cyprus, whom the apostles began to call Barnabas. This is no forced collectivism, but encouragement and generosity that flows from being united with the risen Savior. Notice how counter-cultural the Christian life is.

In the midst of this encouragement, a terrible sin and the awful punishment that flows from it appear. Ananias and his wife, Sapphira, sell a piece of property and bring part of the proceeds to the feet of the apostles. Apparently wanting the praise of the community, they claim that this is the whole price of the property.

This is not a picture of mandated communal property, with Peter enforcing the process with capital punishment. As Peter points out in his rebuke, the property was theirs to sell or to keep. There was nothing wrong with bringing part of the proceeds. But, having claimed they were giving all to the Lord, to hold back part of it amounted to theft, Acts 5:3. Just as they lying was to the Holy Spirit, the theft amounted to stealing from God. Peter uses the same word that describes Achan’s action in the Greek version of Joshua 7:1. Both Acts 5 and Joshua 7 teach you about the insidious way that sin sneaks in and takes over your life. Both passages make clear that sin is first of all an offense against God. Be alert to temptation. John Owen’s famous line is, “Be killing sin, or it will kill you.”

Sin in the camp, sin that is not repented of, compromises the community that is holy because it is united to a holy God. So judgment comes, first to Ananias, and then to his wife. Does the penalty seem harsh? Peter reminds Ananias that he has not lied just to men, but to God. The wages of sin is death. That was true in the Garden. It continues to be true. Your sins and mine deserve death, and it is only the substitutionary work of Christ in your place that enables you to live. The terrifying judgment that fell on this couple is an anticipation of the final judgment. It warns you, as it did the church of the first century, that sin is nothing to toy with. Calvin comments, “By all those punishments which we read have been laid upon men in times past, and do daily see to be laid upon them, doth God call us back from the enticements and liberty of sinning.”

Great fear comes upon the church and the warning does not escape those outside the church. Acts 5:13 ad 14 may seem contradictory, but what seems to be happening is that large numbers do believe in Jesus Christ and are added to the church. But those who do not believe are fearful, and these do not dare join the church. This event discouraged casual, empty professions. It is not a light thing to be part the body that is united to a holy God (2 Timothy 2:19).

While the warnings here are important and you must take them seriously, judgment is not the last word. In the face of the revelation of the holiness of God and the implications of that for sinners, how can many believe and be added to the church? Certainly the apostles were preaching the cross and the death of Christ. Like the Passover lamb, he died in the place of sinners. As you believe in him the guilt and punishment of your sin is placed on him. You are forgiven. But there is also another aspect to their preaching, too often overlooked, but emphasized in Acts 4:33—the preaching of the resurrection. As you believe in Christ, not only are you united to him in his death, with your guilt placed on him and his righteousness imputed to you, but you are also united to him in his resurrection. The enslaving dominion of sin has been broken. The power of the Spirit who raised him from the dead is working in you. He is shaping you, from the inside out, to be conformed to the image of Jesus Christ. John Murray writes: “We see. . . the truth inscribed upon the whole process of redemption, from its inception in the electing grace of the Father (cf. Eph. 1:4; Rom. 8:29) to its consummation in the adoption (cf. Roman. 8:23; Eph. 1:5), that Christ in all his offices as Redeemer is never to be conceived of apart from the church, and the church is not to be conceived of apart from Christ. There is correlativity in election, there is correlativity in redemption once for all accomplished, there is correlativity in the mediatorial ministry which Christ continues to exercise at the right hand of the Father, and there is correlativity in the consummation, when Christ will come the second time without sin for those that look for him unto salvation. This is the goal of sanctification; this is the hope it enshrines, and thereby its demands upon us are invested with sanctions of surpassing glory.” (Collected Writings of John Murray, Vol. 2, p. 317).

Judgment and fear in the church? Yes, but it is judgment that shows you the holiness of God and the depth of your sin. It is fear that drives you to Christ—and in him removes your fear.