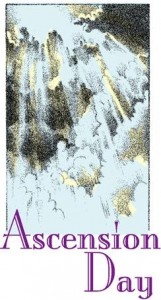 You believe in Jesus as the Savior, the deliverer, the compassionate healer. But do you realize that you also need to believe in him as your Judge? That is what he tells you in John 5:30-38.

The context is the miracle of Jesus healing the lame man, but then being criticized for telling him to pick up his bed and walk on the Sabbath. Jesus responds by citing his Father’s activity, creating for six days, but then continuing to work. The additional, and greater offense to his hearers is that he claims God as his Father. To that Jesus has added the claim to have the authority to raise the dead in the last day, as we saw earlier. Now he explicitly claims that he has authority as Judge because he pleases his Father. But you have more than the testimony of Jesus alone. According to the legal standards of Israel, multiple witnesses were needed. Jesus cites the highest testimony possible, that of his Father! As Jesus elaborates on his relationship with his Father he takes you to the scene of the giving of the Law to Israel at Mount Sinai. There the people saw no form. Now, as John 1:14-18 reminds us, standing before them is the One in whom the glory of the invisible God is seen. John Calvin comments: “It was not in vain that God spake by Moses and the Prophets. Moses had no other intention than to invite all men to go straight to Christ; and hence it is evident that they who reject Christ are not the disciples of Moses.”

In our culture we face a somewhat different problem than that of Jesus’ original hearers. They recognized God as the ultimate Judge but denied that Jesus also had that authority. We live in a culture that frequently denies any standards of judgment. Every view, all positions, are equally valid. We are inclined not to think of Jesus as Judge. But that is who he claims to be.

The issues involved are of eternal importance. His authority to judge in the last day has been given him by his Father. He is the one who will speak either words of welcome or that terrible command, “Depart from me.” The reality of that future judgment, however, is also a comfort for you as you endure suffering at the hands of the wicked, see Psalm 73. Ultimately he will set all things right.

The justice of his judgement assures you of your vindication in the last day. If, through faith, you have been declared just today, nothing can shake that verdict. He is faithful and just to forgive us our sins.

Notice the present tense in verse 30. Jesus is speaking, not only of the judgment he will exercise in the last day, but also of his present authority as Judge. For you as a Christian today the authority of Jesus as Judge has been made particularly evident by his ascension into heaven. “All authority has been given to me in heaven and on earth,” he says, just before he leaves his disciples. Jesus has not abandoned you. He is seated on his heavenly throne, ruling and protecting you. So take heart in serving him, regardless of the cost. Also, ask yourself how willing you are to submit to his rule in your daily life. Since being Judge is part of who he is, you can never separate Jesus as Savior from Jesus as Lord.

How do you know that Jesus is Judge? He calls upon the testimony of his Father, who sent him. That comes to you in several ways. Jesus points to John the Baptist as one who testified to who he is. John comes as the last of the prophets, pointing in person to the one of whom they wrote.

The works that the Father has given Jesus to finish are another way he testifies to Jesus. The signs, so important in this Gospel, are not merely spectacular events to draw the attention of bored listeners. They are displays of the sovereign power of God, defeating Satan and rolling back the effects of the curse on sin.

But most comforting is the reason Jesus gives in v. 34 for speaking of his being Judge: that you might be saved. His primary purpose in coming as Judge is to redeem and restore his people. His obedience, his death, and his powerful resurrection make him the Judge who declares to those who trust in him, “Come, you who are blessed by my Father; take your inheritance, the kingdom prepared for you since the creation of the world.”