Jesus Prays for His Disciples 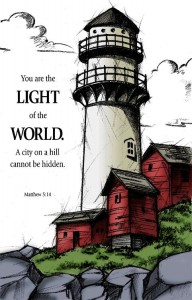 Jesus allows his disciples (and through John and the work of the Holy Spirit, you as well) to listen as he pours out his soul in prayer to his Father. He has prayed for himself as we saw last week. Now in John 17:6-19 he prays for his disciples, and by implication, for the church which he will establish through them. Next week we look at the conclusion of the prayer, where that implication becomes explicit, and he prays for you.

Understand the basis of Jesus’ prayer. As Jesus prayed for himself, he told his Father that he had completed the work the Father had given him to do. That work includes all of Christ’s humiliation, all of his earthly work as Messiah, and culminates in his death as he cries, “It is finished!”

He has revealed the name of the Father to his disciples. Since they have known Jesus, they have come to know the Father as well, as Jesus pointed out to them a little earlier.

Further, he has kept his disciples from the evil one. The treachery of Judas, which Jesus indicates is not an accident, not something slipping in beyond his control, was prophesied in Psalm 41. It is cited to show that in a mysterious way it is not unconnected from the suffering and death of Christ.

Recognize the beneficiaries of Jesus’ prayer. Certainly there are benefits of Christ’s work that touch all mankind, whether or not they are believers. But here, as he is about to offer his life in their place, as he is about to become the sacrificial Lamb for them, Jesus identifies those for whom he prays. He prays specifically for those whom the Father had given him.

There is comfort in that, for as you come to God in Christ you realize that this is not the result of your strength, your faith, your works—it rests of God’s choice of you and his giving you to his Son. John Calvin comments:

“Thine they were, and thou hast given them to me. By adding these words, he points out, first, the eternity of election; and, secondly, the manner in which we ought to consider it. Christ declares that the elect always belonged to God. God therefore distinguishes them from the reprobate, not by faith, or by any merit, but by pure grace; for, while they are alienated from him to the utmost, still he reckons them as his own in his secret purpose. The certainty of that election by free grace lies in this, that he commits to the guardianship of his son all whom he has elected, that they may not perish; and this is the point to which we should turn our eyes, that we may be fully certain that we belong to the rank of the children of God; for the predestination of God is in itself hidden, but it is manifested to us in Christ alone.” (at John 17:6).

Christ’s prayer for his church ought to motivate you to pray faithfully for the church of Jesus Christ. Uphold one another before his throne!

Respond to the burden of Jesus’ prayer. Jesus prays that his disciples will be one as he and the Father are one. He expands on that prayer for unity in the next part of his prayer. Flowing out of that union with the Triune God is joy. That joy is present even in the suffering the disciples (and you) face.

Rest in the protection for which Jesus prays. He does not pray for health and wealth for you, but rather for your protection from the evil one. He protects you by the Name. He gives you the truth, his Word.

“Within that realm [the truth of God’s word and of his name] the disciples are not only safe in the world but also capable of continuing the work for which Jesus has destined them. . . . They do not consecrate themselves to service for God away from the world, but rather in the act of entering into the world.” (Herman Ridderbos, The Gospel of John: A Theological Commentary, p. 555.)

Yours is no monastic calling. Jesus himself sends you into this world with it suffering and rebellion against him. He gives you the task of making his name known.

Is that work overwhelming? Jesus, who needed no sanctification in the sense that we do, progressively dying to sin and growing in grace throughout our lives, nevertheless sanctified himself. He set himself apart to God to do the work given him. Now he sets you apart, both to carry out the joyful task of serving him and to daily die to sin.

Who is sufficient for these things? You are—if Christ has sanctified himself for you and is praying to his Father that you may be sanctified.