For the Name of the Lord Jesus 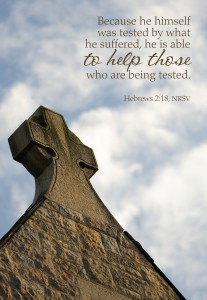 Dr. Kent Bradley never expected to be making national and international news. A year ago this month he left Texas with his family to serve, not just as a humanitarian, but as a Christian medical missionary in Liberia. As Ebola spread in Liberia he directed an Ebola case management team in a hospital near Monrovia, where he contracted the disease. As you know, he was flown to Atlanta, treated, and on August 21 was declared virus free. Dr. Bradley was motivated by what drove Paul to continue his journey to Jerusalem, despite knowing that suffering and imprisonment awaited him there, “I am ready not only to be bound, but also to die in Jerusalem for the name of the Lord Jesus” (Acts. 21:13).

Be willing to die for the name of the Lord Jesus. Suffering characterizes the Christian life. Paul is on his way to Jerusalem, not only to report on his third missionary journey, but also to present the gifts that the young Gentile churches were sending to the suffering church in Jerusalem. He knew that danger and suffering awaited him, Acts 20:3, 22-23; 21:4. Now in Acts 21:10-11 Agabus dramatically informed Paul of his impending arrest. “We,” including Luke, pleaded with Paul not to continue to Jerusalem, but he was willing not just to be imprisoned, but to die, if necessary, for the name of Jesus.

Your life as a Christian is characterized by suffering, Philippians 1:29-30; Romans 8:17; 1 Peter 4:12-13. United with Christ, you share in his sufferings. Young people, examine your heroes. Do you know of the suffering and bravery of the Huguenots, the Scots, believers in various countries today?

This suffering is not only open persecution or the dangers Paul faced. It includes the pressures and frustrations of living in a sin-cursed world, not as one who belongs there, but as one who is united to your ascended Lord, as one who is part of the kingdom of heaven.

Endure for the sake of the Lord’s name. You like Paul, are a servant, a bond-slave, of the Lord Jesus Christ. Endure because of what your Savior has endured for you. Stand firm because of what the name means, at his birth describing his work, Matthew 1:21; upon his exaltation, because of his completed work, Philippians 2:9-11; the name superior to any angel, Hebrews 1:4. It is Jesus’ name that gave healing to the cripple at the temple gate, Acts 4:12. As Solomon’s magnificent temple was dedicated, that was the place where God caused his name to dwell, 1 Chronicles 7. But the temple where his name dwells is no longer a building of stone and cedar, overlaid with gold—it is you, the living temple. Knowing that you bear the name of Jesus gives you the strength to endure. Your actions reflect on him.

Live for your Lord. Paul was not seeking death, but he was willing to face it for the Lord’s sake. Perhaps the pressing matter which drove him to Jerusalem was not only the obligation to deliver the gift, but also to reflect the unity of the body of Christ. The Jerusalem church recognized that the charge against Paul of antinomianism was false, and reaffirmed that Gentiles were under no obligation to keep the ceremonial law, verses 24-25. The inclusion of Gentiles into the gathering of God’s people was the mystery that had been hidden, but now had been revealed, Ephesians 3:1-6. Yet Paul, willing to be all things to all men, was willing to sponsor men who had taken a vow under the ceremonial law, thus showing his respect for the law of Moses. That was the specific occasion that led to his arrest in the temple.

Your commitment to the name of Jesus must include a sacrificial concern for the body of Christ, even though those brothers and sisters may be weak, less informed, and even less Biblcial than you—they are still the body of Christ.

“Obedient allegiance to Jesus made this trip to Jerusalem imperative, cost what it may. . . . Accountability to their master fortifies Christ’s servants for faithful obedience that will not swerve in the face of suffering.” (Dennis B. Johnson, The Message of Acts in the History of Redemption, p. 225).

“The servants of Christ cannot be prepared to do their duty, unless they despise death; and . . . none can ever be well encouraged to live to the Lord, but those who will willingly lay down their lives for the testimony of the truth.” (John Calvin, Commentary on Acts at 21:13).