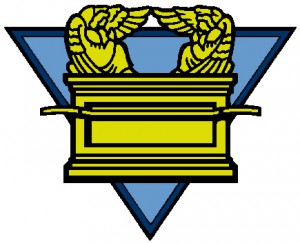 How do you prepare for a job interview? More importantly, how do you prepare to enter the presence of a holy God? Hebrews 9:1-15 points you to the work of Christ, who has gone into, not an earthly, but the heavenly Most Holy Place for you, and has purchased your eternal redemption.

Christ, as your high priest, has entered the Most Holy Place. The Holy Place reflected God’s dealing with man. The author deals with what is at the heart of the Old Testament ceremonial system. The tabernacle had been built at the time that the covenant had been given at Sinai, and according to God’s direct instruction. The furnishings of the Holy Place are important. The lampstand, with the burning oil, pictured the work of the Holy Spirit, see Zechariah 4. The consecrated bread was a continual reminder of God’s provision and of the people’s offering to the Lord, Leviticus 24:5-9. The priests entered the Holy Place daily for the morning and evening sacrifices. There was access to God, but it was limited.

The Most Holy Place showed you the presence of God with his people. This room was set off from the rest of the tabernacle. The altar of incense, though it actually stood in the Holy Place, was associated with the Most Holy Place, see Exodus 30:6,10. The burning incense showed the prayers of God’s people ascending. The ark of the covenant dominated this room. The contents were important. The jar of manna recalled God’s provision; Aaron’s staff that blossomed recalled God’s choice of the priestly tribe (Numbers 17:10); and the stone tablets were copies of the covenant sanctions and blessings. Over the ark were the angelic cherubim, shadowing the Lord’s mercy seat, his presence in salvation. This is not the place to discuss these items in detail, Hebrews 9:5b.

The way into the Most Holy Place was not yet disclosed. Entrance to this room was severely restricted. Only the high priest could enter, and he only once a year. The Holy Spirit was revealing that entrance into God’s presence was only pictured, not actually achieved. “There was an entrance under the old testament into God’s presence to find grace and glory, namely, the virtue of the oblation of Christ; but this had not yet been disclosed.” (John Owen, Hebrews, p. 196).

Now Christ has entered the heavenly sanctuary through his own blood. Christ has obtained eternal redemption. Place your trust in Christ, who actually accomplished your salvation. Christ is your high priest, not merely a priest. He is priest of good things. Redemption has been accomplished. We are dealing not with shadows, but with the realities. The good things are present from the author’s standpoint, but had been future from the perspective of the Old Testament. The location of his work is the heavenly sanctuary. This is contrasted with the earthly sanctuary. The location of his work is a heavenly (not part of creation) tabernacle. It is a greater and a more perfect tabernacle. The Old Testament ceremonies could not cleanse the conscience, v.9, as even the Old Testament saints realized, Psalm 51:16. The blood of the animals was a reminder of the offense of sin, and of the price of its removal. Christ’s blood is effective. Christ entered through his own blood, not that of an animal sacrifice. Never underestimate the price at which your redemption was purchased. He did not offer for himself, but for his people, Hebrews 7:27. Here the real sacrifice is made for the guilt of sin. Christ offered a divine sacrifice, v. 14; Acts 20:28. Don’t picture Christ as sprinkling blood in heaven. That goes beyond the text. Christ’s sacrifice was complete on the cross. Hebrews stands as a firm defense against any view that the sacrifice of Christ is something that has to be repeated. You are redeemed, not for a short term, but permanently, for eternity. Your redemption is a reality now and will continue forever. Christ actually obtained your salvation. He did not merely make men redeemable. Full, complete, accomplished redemption is what Hebrews describes as offered for you. Rest in what Christ has done for you instead of living in doubt. Don’t depreciate his work by watering it down to merely his making it possible for your to be saved. “It is to beggar the concept of redemption as an effective securement of release by price and by power to construe it as anything less than the effectual accomplishment which secures the salvation of those who are its objects. Christ did not come to put men in a redeemable position but to redeem to himself a people.” (John Murray, Redemption Accomplished and Applied, p. 63).

Serve the living God. Christ cleanses you from dead works. These are works that result in death–both temporal and eternal death. They are sinful deeds, and include anything from your old self. You are called to serve. You have been called to a life of obedience Romans 8:3,4; Ephesians 2:1-10. God’s purpose in sending Christ to redeem you is that you live to his glory. Christ has cleansed you. Rejoice in what you have become. Live as a new, cleansed people. You serve the living God–that is motivation for obedience. Your salvation was purchased at the price of Christ’s life–so serve him!

Christ’s work continues in heaven as he intercedes for you on the basis of his sacrifice. His work obtained your redemption. Live to serve him.