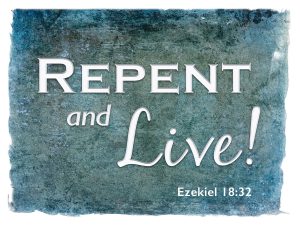 God pours out his bowls of wrath. The bowls present various episodes of God’s judgment. The angels are God’s agents, pouring out his wrath on disobedient rebels. Like the seven trumpets of Revelation 8–11 and the seven seals of Revelation 6–7, the portray, in symbols, various acts of God’s judgment, and, like the others, culminate in the last judgment, the full revelation of God’s holy anger against sin. There are parallels, even in the order of the places where judgment falls. Here with the bowls, however, the focus is primarily on the disobedient, those who persist in rebellion against God.

The plagues echo what took place in Egypt. That is how the contents of the bowls are described in Revelation 15:1. Even without that, however, and despite the differences in sequence and seven versus ten, John makes the parallel explicit. John seems to be using the plagues as symbols of distress and disaster. Revelation 17 & 18 expand on the destruction, the final fall of the city John calls Babylon. Economic disaster seems to be prominent in Revelation 18. The destruction of Babylon had been foretold in Jeremiah 51, to be destroyed, never to rise again (Daniel’s visions confirm that), but here that city becomes a picture, not only of Rome, but of all human powers and kingdoms that rise up against the Lord. It is a world system, inspired by the dragon and the beast, that comes under God’s final judgment. “It is not just Rome or some later great capital of evil that is decimated but all the world’s cultural, political, economic, and sociological centers. They fall because they are part of the Babylonian world system.” (G. K. Beale, The Book of Revelation, p. 843).

Prepare for the battle on the great day of God Almighty. The Lord is protecting his firstborn son, see Exodus 4:22–23. Israel was God’s covenant people in Egypt, his firstborn son—and when Pharaoh persecuted, enslaved, and murdered the Israelites, the Lord raised up Moses to set them free. This was a battle. If Pharaoh would not release God’s son, his own son would die—as happened in the final plague. As we saw last week, the song of Exodus 15 celebrates the triumph of the Lord over his enemies, and the enemies of his people. That is a strong theme here. Revelation 16:6 makes explicit that the judgment comes because of the persistent, willful harm done to God’s people. He has not forgotten the voices of the martyred saints under the altar. The battle is describe in language that reflects the symbolism used in Ezekiel 38 & 39, where the prophet looks forward to the final defeat of the enemies of God and his people. The name Armageddon is based on the name, Megiddo, a plain southeast of Mt. Carmel, at a pass where armies moving north or south through Israel would often meet, so that it became the location of classic battles. Here it is a symbolic name for the final conflict between the kingdom of God and that of the dragon and his allies throughout the earth. When the Lord came in battle in the Old Testament, he dried up seas and rivers, whether coming in judgment or to deliver his people.

You are involved in a spiritual battle. The name may be symbolic, but the battle is real. It goes all the way back to Genesis 3 and the conflict between the seed of the woman and the seed of the serpent. The decisive victory was won, not by military might, but by the incarnate Son of God humbling himself, bearing our sins and dying in your place. Demonic spirits, portrayed in the shape of frogs, come out of the mouth of the dragon, the beast, and the false prophet. They join in the conflict against the Lord and against his people. The battle is fierce, but the victory is pictured with the pouring out of the seventh bowl. The theophanic presence of God shows that he is present as the holy judge. The islands and mountains flee at his presence, and one more plague of Egypt is recalled as he triumphs over his foes. That victory will be described in more detail in the chapters ahead.

Turn to the Lord! Even God’s judgments give opportunity to repent. The earlier bowls come some time before the final judgment. Remember that the whole period between Christ’s first and second comings is the last days in biblical thought. The earlier judgments of God are a foretaste of something more drastic and final. One of the purposes of their coming is to give opportunity to repent. Why were there ten plagues in Egypt? By the tenth it was absolutely clear that Pharaoh’s heart was hard, and that he would not let the people go. So the angel of death came through the land. The fourth and fifth bowls are accompanied by the specific information that the wicked refuse to repent. Even in the midst of a chapter that is full of judgment, in which the sevenfold wrath of God is poured out, there is opportunity to repent. But the wicked reject that mercy. And there comes a day when God’s mercy is exhausted. “Neither the backwash of sin’s bitter aftertaste nor the firstfruits of its lethal harvest can soften hearts of stone. Only God’s Spirit, applying the gospel of grace, can turn stony hearts into hearts of tender flesh, but the bowls show us a moment in time when the Spirit’s gentle and irresistible wooing is complete, the Son’s sheep have been gathered, and the Father’s patience has waited long enough.” (Dennis E. Johnson, Triumph of the Lamb, p. 239).

Repent before God says, “It is done!” Remember that Revelation is not addressed primarily to the objects of God’s wrath. It is not given a some kind of future historical puzzle so that you can connect dots between news headlines and verses in Daniel and Revelation. Rather it is addressed to the seven churches. The messages to them include a specific call to repent. Revelation is addressed to you. It is reminding you that there is still time to repent. Final judgment is coming. Don’t try to predict the date. Remember that sooner or later you will stand before the throne. Either you are sealed with the name of God, with your robes washed in his blood, or you will be the recipient of the contents of the bowls of wrath. There is no neutrality. Judgment is what each of us deserves. Ironically, the only way to flee from the wrath of the Lamb is to flee to him. You have no idea how long you have. Do not put off turning to Christ in faith. Beware of reflecting in miniature the hardness of heart revealed at the fourth and fifth bowls. Are there areas of your life where you know there is sin, there are things that deserve God’s wrath, but you are reluctant, unwilling to turn from them?

The day will come when God will say to the whole world, “It is done.” At that point there will be no second chance, no further opportunity to repent. Into your life and mine at some point he will speak those same words. Now is the time when he graciously holds out the forgiveness he offers in his Son. What do you need to do today? Repent!