Could You Oppose God? 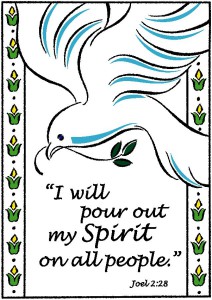 You are the person on the scene. A decision has to be made now! But then listen to the Monday morning quarterbacking. In Acts 11:1-18 Peter has to defend his visiting the home of the Gentile, Cornelius, preaching to him and his family, and having baptism administered to them. As you listen to his defense, glorify God for the way that he has shown his grace to you.

Do not oppose God! The unbelievable has happened. After the conversion of Cornelius, when Peter returned to Jerusalem, he was roundly criticized. The issue was not that he had preached Jesus to Gentiles, but rather that he had entered the home of a Gentile and eaten with him. The critics knew of Gentiles who had become part of God’s people, Rahab, Ruth, and Uriah, but they had become proselytes. They had become subject to the ceremonial laws which separated Israel from the nations. Prominent among those laws were the dietary regulations, laws given by God, and which Peter, by accepting hospitality from Cornelius, had violated. The critics understood that the coming of the Messiah could include his being a light to the Gentiles, Isaiah 42, but understood that as the Gentiles becoming subject to the disincentives that had separated them from Judaism.

Peter’s response is that God has graciously included the Gentiles as his people. Peter had been drawn into this encounter with a Gentile reluctantly, having protested three times at the vision commanding him to kill and eat ceremonially unclean animals. Peter’s retelling of the events Luke had described in Acts 10 underscores how important this event is in the unfolding of the continuing work of the ascended Christ. The initiative was not Peter’s but God’s. Heavenly visions to Cornelius, and then to Peter, showed that this was God’s plan, not Peter’s. How could he oppose God?

Yet they might have objected that Joel 2:28-32, in context, referred to a blessing promised to Israel, in distinction from the nations. While it speaks of a broad distribution of the Spirit, it is in the context of the covenant people. Peter’s point in Acts 2 and 11 is not that God has turned his back on Israel and now accepts the Gentiles. Rather, he is making the point that Gentiles now become part of Israel (and receive the gift of the Spirit), not by adopting the details of the ceremonial law that pointed ahead, but by coming, by faith, to Christ. As they do, they become the true Israel. Beale puts it well: “. . . [G]entiles need not move geographically to Israel to become true Israelites and be circumcised and abide by food laws and the other distinguishing nationalistic tags of Israel’s law. Rather, they need only move to Jesus and be spiritually circumcised in him (Col. 2:11-13) and become clean in him (cf. Col. 2:16 with Acts 11:15-18; 15:9), for he is now the only ‘tag’ that one needs to possess to be identified with end-time Israel, since he sums up Israel in himself.” (G. K. Beale, New Testament Biblical Theology: The Unfolding of the Old Testament in the New, p. 690). Some of the problems the people wrestle with in trying to understand the relationship between Israel and the church become less difficult as this is grasped. The gift of the Spirit in Caesarea is not a second (or third) Pentecost with many more to follow. Rather, it marks the intended breadth of the original gift of the Spirit.

What do you do when the Spirit comes? Glorify God! Peter asks his critics, “ Who was I to think that I could oppose God?” and the implied response recognizes that no one can oppose or stop God. He is sovereign. The response of the church is to glorify God. The specific reason for that praise is that God has granted the Gentiles repentance unto life. While you might have expected them praise God for the gift of faith to the Gentiles, repentance is so closely tied to faith that, in this case, it stands for the whole. This is God’s gift, whatever your ancestry, and you need to rejoice and praise him for it. “Although there may have been silent detractors, the church joined Peter in praising God for his gift to the Gentiles. Repentance itself—the change of heart from self to God, from sinful pride to humble trust—only comes as a gift from God. Peter had said as much to Jewish audiences on previous occasions ([Acts] 3:26; 5:31). Since it is a gift undeserved by its recipients, not dependent on their worthiness but expressive of God’s mercy, repentance is always an amazing grace, producing a life that overflows in thanksgiving.” (Dennis D. Johnson, Let’s Study Acts, p. 142).

Who are the covenant people living in fellowship with God? No longer just those who count Abraham as their ancestor. No longer those who eat kosher. Israel, rather, now includes all who have come to repentance and trust in Christ. It includes Cornelius, Theophilus (to whom the book is directed), and you. Rejoice that God has called you to be his people who, not reluctantly, but joyfully bring the good news as broadly as possible.