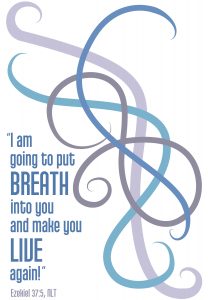 As you read through Revelation, you notice many references to the Old Testament. But perhaps no section is more full of those references than Revelation 11:1–14. This forms the second interlude (Revelation 10 is the first) following the sounding of the sixth trumpet—before the seventh one sounds. This interlude focuses on the concept of witness.

Be a powerful witness. You are safe in suffering. In Revelation 10 John’s call to bring God’s Word, symbolized by the scroll he had to eat, was confirmed. Now he is given a measuring rod and told to measure God’s temple, together with it altar and the worshipers there. As in Ezekiel 40, where the prophet in exile has visions in which he is measuring the temple, the act of measuring indicates protection and certainty. As you read through the New Testament, you come to see the reality that was symbolized by the magnificent Old Testament building. On Mount Zion stood a physical building where God was pleased to dwell in the midst of his people. That building was temporary, subject to destruction, first by Nebuchadnezzar, then its replacement by the Romans in 70 A.D. But following the death and resurrection of Christ, a better temple has been built, as both Paul and Peter indicate, one made of living stones, one in which you are built to be the dwelling of the Holy Spirit. Revelation 3:12 has introduced that idea into this book. Rather than thinking of the dimensions of a building, John is showing God’s protection of the living temple, his people. In what seems paradoxical, the Lamb protects hs church, his people, from apostasy. But, at the same time, part of the temple structure is subjected to being trampled by the nations for a limited period of time, symbolized by 42 months or 1,260 days (look back to Daniel 7:25; 12:7, 11). In a book where the Lion of the tribe of Judah is announced, and John sees a Lamb, and the Lamb was slain but is alive, don’t be surprised that the church is protected in one sense and subjected to suffering and persecution at the same time. “In Revelation 11 the measuring connotes God’s presence, which is guaranteed to be with the temple community living on earth before the consummation. The faith of his people will be upheld by his presence, since without faith there can be no divine presence. No aberrant theological or ethical influences will be able to spoil or contaminate their true faith or worship.” (G. K. Beale, The Book of Revelation, p. 559).

God’s witnesses proclaim the powerful word of the Lord. In this context God empowers two witnesses to prophesy. Are they two individuals (as a number of commentators suggest)? Or, given that God identifies them as two trees and two lampstands are they symbolic of a witnessing church in the last days, the period defined by the incarnation, life, death, and resurrection of Christ on one end, and he return on the other? Who are lampstands in this book? Look back at Revelation 1, where seven lampstands are seven churches. Here the number is two, building on the vision of Zechariah 4, where olive trees feed lamps continuously. “Since we have already seen the church portrayed as priests who reign (Rev. 5:10), we may suspect that these two witnesses symbolize the whole church in its role as witnesses to God’s truth and against the world’s lies and wickedness.” (Dennis E. Johnson, Triumph of the Lamb, p. 171). John describes these prophets proclaiming the Word of God in images that bring to mind Elijah (pronouncing judgment of a drought, 1 Kings 17, and bringing fire on wicked Ahaziah’s soldiers) and Moses (turning the waters of Egypt into blood). What Moses, elijah, and the othere prophets did, the church today is called to continue to do—to make the name of Jesus known throughout the world. The Word of God is powerful, but so is evil.

Be faithful unto death. Be willing to pay the price of faithful witness. Where God’s Word is effective, there the Evil One concentrates his efforts. The beast doesn’t appear until Revelation 13, but here we have a previous of his murderous opposition to the church. Empowered by the dragon, Satan, of Revelation 12, this beast attacks God’s people. The two witnesses are put to death. Physical death is not the worst enemy for a believer. Many of God’s people have faced persecution and even an untimely death but have been spared from being overcome by the spiritual destruction that Satan unleashes against them. Revelation is written to suffering Christians, calling them to remain faithful and equipping them to do so. It’s written to you who live in a culture that is increasingly self-conscious in its rebellion.

The great wicked city celebrates. The great city here draws together mankind’s rebellion against God, pagan Egypt, wicked Sodom, and even the city where the Lord was crucified, as well as Rome. Those who had been God’s covenant people but who reject the Messiah, have sided with the forces of darkness. Take note, you who live in a culture that tolerates everything—except a commitment to the Lord and his Word. The wicked, instead of any shame, instead of any respect for the dead, party because of the death of the witnesses. But the scene is not over. The city where the bodies of the two witnesses lie may be wicked and dark, but remember that by the end of the book you’ll see the triumph of a totally different city, a heavenly one.

Take hope in the resurrection. Resurrection! Death does not have the last word for those who are followers of the Lamb, for those whose robes have been washed in his blood. Again, there are Old Testament anticipations of this. Ezekiel 37 presents a powerful picture of the enlivening power of the Spirit-empowered preaching of the Word. God uses the ordinary means of grace, his Word, sacraments, and prayer, to do extraordinary things: bringing life to those who are dead in sin. A heavenly voice summons the witnesses, now alive, and you think of Elijah’s translation to heaven, 2 Kings 2. Death and Satan cannot triumph because the Lamb went through death for his people, purchased forgiveness for his people, and rose again triumphantly. You now live in him. Why does this interlude overflow with Old Testament references? Perhaps because John is showing you that the whole Scriptures are not simply disconnected stories or moral lessons. Rather they are building to the great event of the triumph of the Lamb.

Glorify the God of heaven. Christ, the Lamb that was slain, lives again. You who trust him, live in him as well. The result has to be praise to God. The resurrection is a triumph that God’s people celebrate—but even his enemies are forced to bow their knees to him and to confess him. In some Old Testament judgments, only a tenth survive. The Lord assures Elijah that he has 7,000 who have not bowed to Baal. Here these proportions are stood on their heads. The earthquake of this anticipatory judgment (look back at Revelation 6:12–17) destroys only a tenth of the city, and claims the lives of 7,000. But the final judgment is about to come. The seventh trumpet is about to sound. “The scroll containing God’s plan for history, for the victory of his witness church through suffering, has been opened by the Lamb and delivered to the prophet John to be announced for the comfort and warning of the churches. Despite the rage of its enemies, the church is secure in the presence of its holy champion. Despite its spiritual security as a measured sanctuary, the church is vulnerable to the violent aggression of those who hate its testimony about Jesus and seek to silence its call to repentance. Yet the last word concerning the church’s paradox-filled experience in this time between the Lamb’s comings is the voice of the seventh trumpet, announcing at history’s end: ‘The kingdom of this world has become the kingdom of our Lord and of His Christ; and He will reign forever and ever’ (Rev. 11:15).” (Dennis E. Johnson, Triumph of the Lamb, p. 176).

The rich symbolism of this book is difficult, and we do well to approach it with humility and a willingness to listen and perhaps change our views. But despite the difficulty, the basic message is clear. Christ is the victor, and as the the triumphant Savior he not only commissions you to be his witnesses, but he empowers you to do so. All power and authority in heaven and earth has been given to him. At his Father’s right hand he is not sitting idly. He is enabling and equipping his church to make the good news known.