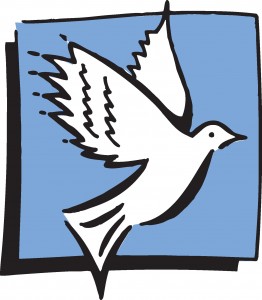 Have you ever felt abandoned by those close to you? Intellectually you may understand the reasons for the separation, but it still feels like someone punched you in the stomach. The disciples were dealing the unsettling news that their Lord and Teacher was leaving—and they could not come, at least not now.

To them and to you, Jesus says in John 14:15-21, you have not been left as orphans. Jesus has to leave because he is going to his Father. While that looks ahead to the ascension of Christ, the leaving also involves his betrayal and death. The death is not simply that of a martyr, but Jesus is giving himself as the sacrifice to take away the sins of all of his people. This departure was essential, not only for the forgiveness and salvation of each of you who trust in him, but also for the accomplishment of his overall work of redemption and restoration. The great plan of salvation which had been unfolding throughout the Old Testament is about to blossom in the gift of the Spirit.

Jesus will come to his disciples (“I will come to you,” v. 18), not just in appearing during the 40 days between his resurrection and ascension, not only in the return in the last day, but particularly in the gift of the Holy Spirit. Sinclair Ferguson writes in his excellent book, The Holy Spirit, “When Jesus announces his departure from the disciples but assures them that ‘I will come [back] to you’ (John 14:18), he is speaking neither about his resurrection reappearance (20:14, 19), nor about his anticipated final return, but about his ‘coming’ in the gift of the Spirit. So complete is the union between Jesus and the Paraclete that the coming of the latter is the coming of Jesus himself in the Spirit.”

Jesus gives you another Helper, the Spirit of truth. Who is this Helper or Counselor? To start with the basics, he is the third person of the Trinity, truly God along with the Father and the Son. He is a person, not just an influence (see Genesis 6:3). He was active in the Old Testament, as you see in Psalm 51 and elsewhere. The salvation of Old Testament believers involved the life-giving work of the Spirit for them, just as it does for us today. Only the Spirit can take those who are dead in sin and make them alive. The disciples had some understanding of what Jesus was talking about when he promised to ask the Father to give another helper.

And yet there is something wonderfully new about this gift of the Spirit. To unpack that, look first at how Jesus describes him. He is another Helper/Counselor/Paraclete. What does that term mean? The original meaning was to come along side of (in order to assist), but be cautious about confusing a root meaning with the actual usage. “Helper” may be the best translation.

What Ezekiel 36 looked forward to comes about as Jesus completes his messianic work, dies and rises, ascends to the Father, and then pours out the Spirit to continue the work that he had done on earth. And, as we saw last week, because of the gift of the Spirit, this second phase, this post-ascension part of Christ’s work is even greater than what he did during his earthly teaching and preaching. Now the Spirit is present specifically as the Spirit of the risen, ascended Christ.

He continues to do Christ’s work. The Helper, particularly as the Spirit of Truth, teaches and reminds you of all things. He reveals Christ in the 66 books of the Bible, the book which he inspired. There is continuity between the work of the first Helper and the second. But there are also differences. Calvin, sometimes called “the theologian of the Holy Spirit,” writes: “He calls the Spirit another Comforter, on account of the difference between the blessings which we obtain from both. The peculiar office of Christ was, to appease the wrath of God by atoning for the sins of the world, to redeem men from death, to procure righteousness and life; and the peculiar office of the Spirit is, to make us partakers not only of Christ himself, but of all his blessings.”

The Lord willing we will continue to look at the work of the Helper, focusing next week on the way that he empowers you to keep Christ’s commandments. In the meantime, revel in the privilege that is yours. The Father and the Son have given you, both as an individual believer and as a body, the church of Jesus Christ, the gift of the Spirit. He takes the fullness of Christ’s work and makes you a partaker of Christ and his benefits.