And They Will Listen! 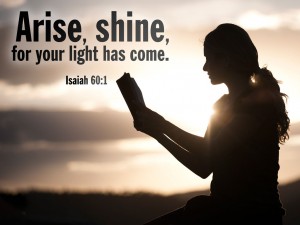 You live in a culture that seems to be rapidly rejecting the gospel of God. Is there hope? Acts 28:28 focuses on the growth of the kingdom of God. The gospel brings out rejection and faith. Many of the Jews rejected the gospel Paul preached. Paul had finally arrived at Rome, the capital of the world empire. But he entered the city as a prisoner. While awaiting trial he presented his case to the local Jewish community and proclaimed the gospel of Jesus Christ. As had been true on his missionary travels, some responded in faith, others rejected the good news. Paul himself is an example of the remnant of Israel who believed. Particularly the early chapters of Acts describe large numbers coming to faith in Christ. But many rejected the Messiah, and that pattern characterized the response to much of Paul’s evangelistic preaching.

To those who rejected his message, Paul quoted Isaiah 6:9-10. An unbelieving response to God’s word was nothing new. The Old Testament prophets had experienced it. That rejection culminated in the cries to crucify the Messiah, who had been arrested by their leaders, and was being sentenced to death. But unbelief gy the Jewish community at Rome was not the last word.

Paul proclaimed the gospel boldly and without hindrance. Israel had rejected the Christ, and the high court of Israel was responsible for his imprisonment at Rome (though they had hoped to see him dead). Paul may have been in chains, but the Word of God was not bound. One of Luke’s emphases has been that the Christianity Paul preached was not politically subversive. As you read Acts, note that Christianity is generally well received by most Roman officials. Paul, though a prisoner in Rome, was allowed to live in a house, where he was chained to whatever Roman soldier was assigned to guard him that day. (Imagine the impact of the good news on someone chained to Paul, hearing him preach and teach and dictate letters!) The good news about Jesus went out without hindrance, Luke writes. “The pervasive, dominant theme in the sermons of Acts is Jesus—who he is and what he has done. This make sense in view of the central relationship—our relationship to God—that apostolic preaching addresses. It also corresponds with key statements from the apostle Paul: ‘I decided to know nothing while among you except Jesus Christ and him crucified’ (1 Cor: 2:2). ‘Christ in you, the hope of glory, whom we proclaim, admonishing everyone and teaching everyone in all wisdom, so that we may present everyone perfect in Christ’ (Col. 1:27-28). How appropriate it is that Luke should leave his readers with the scene of Paul in custody at Rome, yet ‘preaching the kingdom of God and teaching the things about the Lord Jesus Christ with all boldness, unhindered’ (Acts 28:31).” (Dennis E. Johnson, The Message of Acts in the History of Redemption, pp. 160-161)

This note counters the assumption that Paul, coming to trial under Nero, must have been executed in short order. He may have been released and done the traveling suggested in the Pastoral Epistles, perhaps even making his planned trip to Spain, before being re-arrested and martyred. In any case, Luke does tell you that the word of God goes forth, many hear, and many do respond.

Many will listen and enter the kingdom of God. The Gentiles will listen! The rejection of Jesus by his people, as tragic as it was, is not an accident, but God’s way of working out the sacrifice of his Son and the redemption of his people. Teh unbelief of Israel forced the gospel to go to the Gentiles. In city after city Luke has recorded Israel’s rejection of the gospel leading to preaching to the Gentiles and their responding in faith. The apostle to the Gentiles has now arrived, though not on his anticipated itinerary, in the world city of the day. In a real sense, Acts 1:8 has been fulfilled. But that is not quite the end of the story.

The kingdom of God grows. Acts ends, not with a period, but with a look to the future. The Gentiles will listen. The Word will continue to go out. The listening of the Gentiles is more than hearing the words. It involves hearts turning to the Lord in obedient faith. “Teaching about Jesus” and “preaching the kingdom” are functionally equivalent. The redemptive suffering of Christ has earned him his resurrection and glorious exaltation, Philippians 2:5-11. Those Christ has redeemed enter his kingdom.

The church today still lives in the time of the proclamation of the Word. “They will listen” still applies, because the Spirit, given at Pentecost, is still with the church. The incarnation of Christ took place so that the Gentiles would listen (sing, “Joy to the world”!). In the power of the Spirit you live your life each day. In the wisdom and grace of the Spirit, the kingdom is proclaimed each Lord’s Day, and those who hear are summoned to enter.

Luke doesn’t give further details of Paul’s life or missionary work. This is not Paul’s story, but the story of what Jesus, the ascended Lord, continues to do by his Spirit through the church. With all of the appropriate differences noted between Paul’s ministry and our lives today, what you have in common is that you are citizens of the same kingdom, subjects of the same King, continuing to give opportunity for people to not only hear, but really listen and believe.