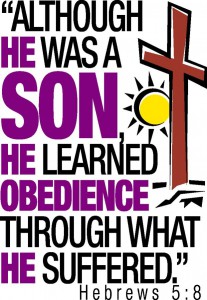 The first few verses of Hebrews 5 outline the high requirements for a priest. In Hebrews 5:5-10, the author shows you how Jesus meets those qualifications, and he does so by referencing a most unusual incident recorded in Genesis.

Trust your Savior, who is a priest like Melchizedek. Christ did not take this honor upon himself. He is truly Son of God, Hebrews 1:1-4. Yet he did not presume to take this function and office of high priest upon himself. It is an additional, messianic work, to which the Father appointed him. The Father glorified him, calling him “Son,” Psalm 2:7. The reference to “today I have begotten you” refers to Christ’s resurrection and exaltation. The Father designated him to be a priest forever.

That happens because Jesus is a priest in Melchizedek’s line. Jesus is the priest-king according to Psalm 110:4. Note the background of Genesis 14:17ff. Some thinking in the Qumran community looked for two messiahs, one a priest and the other a king. Both offices were combined in Melchizedek. The priestly line to which Jesus belongs is that of Melchizedek. Although not a descendant of Aaron Jesus is the Son of David, and thus he inherited Melchizedek’s title, Matthew 22:41-46. This priesthood is eternal, in contrast to Aaron’s.

Can this royal priest really understand you? Can he serve as your priest, as your mediator? Christ, as your Priest, learned obedience. Jesus offered prayers as he suffered. Christ suffered in the days of his flesh. While that includes all his earthly ministry, Hebrews seems to be focusing on the agony in the Garden of Gesthemane. Though he was free from sin, he prayed and wept in the garden. The reason for his prayer was his coming death as the sin-bearer. What he feared was not just physical death, but the agony of enduring the wrath of God, separation from his Father. John Calvin comments, “Why did he dread death except that He saw in it the curse of God, and that He had to wrestle with the total sum of human guilt, and with the very powers of darkness themselves.” He was heard because of his godly fear. His prayer, which included, “your will be done,” was ultimately a prayer for resurrection and exaltation. He was heard – and is alive.

Strange as it may seem, Christ learned obedience. Christ learned obedience through suffering. He came to obey, Hebrews 10:7. That obedience worked itself out in suffering as the substitute in your place. What makes this more strange is that the subject is Son of God. “The contrast is not between Son and obedience, as though it were strange for a son to be obedient, but rather between Sonship and having to learn obedience through suffering, which was unnatural for one who was a Son.” (Geerhardus Vos, The Teaching of the Epistle to the Hebrews, p. 104). Look at the depth of his work as Savior. How can you ignore or neglect him? He was made perfect. He never sinned. He was never less than perfectly holy. But the sinless Son of God, by his suffering, was perfectly fitted for the office of high priest, meeting the qualifications with which the chapter begins. Perfect here has the idea of completion. It implies a change of state from humiliation to exaltation. As the one who brings in the new age, he is the Savior, Hebrews 2:9-15.

He is the source of eternal salvation. He is your Savior. Through his suffering he paid the penalty for all of your sins. His work is enough, not just for a short time, like Aaron’s, but for eternity. The Son who learned obedience suffered, died, and rose, so that you might be his obedient people. Hebrews identifies those he redeemed as “those who obey him.” If obedience is absent, you have no part in salvation.

Trust the Christ who is called by God as your High Priest. You can obey, for he has redeemed you and does intercede for you.