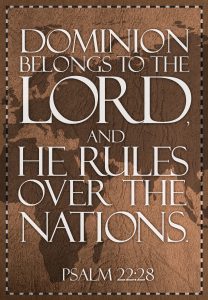 The Book of Revelation has strange images. Revelation 10 (and the first part of 11) form an interlude between the sounding of the sixth trumpet (Revelation 9:13) and the seventh (Revelation 11:15). Revelation 10 can be seen as reaffirmation of John’s commissioning to write, and that point is made with the imagery of John being commanded to eat a scroll that is both bitter and sweet. The imagery may be strange, and people may differ in understanding the details, but the basic message is one of comfort—God is in control and he will not delay the end.

Take comfort in God’s promise. A mighty angel swears by the eternal Creator of all. John sees a mighty angel coming down from heaven. This figure is majestic. Robed in a cloud reminds you of the pillar of cloud and fire that led Israel through the desert. There are echoes of the majestic figure of Revelation 1, and of the Lord swearing in Deuteronomy 34:40. Some have identified this figure with the Angel of the Lord, Christ himself. But, more likely this is a glorious angelic creature (notice that “another might angel” brings to mind the earlier mighty angel of Revelation 5, who shouts the question as to who can break the seals of the scroll held by the Father). He reflects the glory and majesty of the Lord he serves. “The radiance of the angel’s appearance marks him as one who bears the image of his Master, reflecting the Master’s glory as he brings the Master’s message. . . . Throughout Revelation angels are superhuman servants of God, doing his bidding and carrying his revelation to the embattled saints on earth.” (Dennis E. Johnson, Triumph of the Lamb, p. 158). His stance with one foot on the sea, the other on land, indicates that nothing is outside of the control of his Lord. The shout of the angel is answered by seven thunders, but John is forbidden to record what they said. The focus is on the words and actions of this angel. In the midst of the disasters brought by the sounds of the first six trumpets, God’s people may be wondering if things are spinning out of control. This angel swears by the eternal God (see Daniel 12:7). The universal sovereignty of God reassures you, as it was intended to reassure John’s hearers.

No more delay! As the fifth seal was broken (Revelation 6:9), John heard the souls of the martyrs under the altar crying, “How long?” The saints suffering on earth have a similar concern. With a solemn oath the mighty angel proclaims that there will be no more delay. In Daniel 12, the prophet was told of the passage of time (time, times, and half a time before th ecoming of redemption. Daniel looked forward to the coming of the Messiah. But now he has come, and no more major events in redemptive history remain. God will not let his martyrs go unavenged. The persecuted church will not have to endure indefinitely. Beware of trying to date what the angel says. He is not giving a timetable. Remember the warning in 2 Peter 3, that a day with the Lord is like a thousand years, and a thousand years like a day. The assurance of the angel is designed for comfort, not speculation.

The mystery of God will be accomplished. The event that will not be delayed is the sounding of the seventh trumpet, Revelation 11:15. Like the breaking of the seventh seal (Revelation 8:1) this marks the end. What does the sounding of the seventh trumpet mean? Look at 1 Corinthians 15:52 and 1 Thessalonians 4:16 (described as the noisiest verse in the Bible!). Paul writes of the appearing of Jesus the Messiah, and particularly his inclusion of the Gentiles among the redeemed, as the mystery that was hidden and now is revealed. But the revealing of Christ has been partial, evident to those who trust him, but denied by his foes. As the final trumpet sounds, all ambiguity and doubt is removed. The mystery of Christ’s glory is fully revealed to friend and foe alike. He will come as the redeemer of his people, taking them to the great wedding feast of the Lamb, but also vindicating them by bringing judgment on his and their enemies.

Devour the bittersweet scroll. The bitterness of the scroll points to suffering for God’s people and judgment on his foes. Whether or not it is the same scroll as the one in Revelation 5, which has now been unsealed, or whether it is a smaller version of it, the point is that it reveals the working of God. Like the call of Ezekiel, this scroll is written on both sides. Like that prophet, John is commanded to eat the scroll. He finds it both sweet as honey (remember the descriptions of God’s Law in Psalms 19 and 119?), but also bitter when he has consumed it. For the people of God, there is the sweetness of redemption, but also the bitterness of continued suffering until the sounding of the last trumpet. But the emphasis seems to be on the bitterness. The unfolding of God’s plan marks judgment for rebels. Notice the inclusion of kings among those to whom John must prophesy. In revelation, kings on earth are associated with rebellion against the Lamb. His wrath will be revealed against all of his enemies. That’s not something to make light of. The message of judgment is a stomach-churning bitterness, but John is called to proclaim it.

The sweetness of the scroll shows you the good news of redemption. The Lamb has called to himself an uncountable multitude from every nation, tribe, people, and language, Revelation 7:9. He has taken us who were dead in sin, but has provided his own blood so that we can wash and be clean. There is no news that is more sweet. The mystery of the God revealed at the seventh trumpet is announced (Revelation 10:7)—John uses the word that means the proclamation of good news. “Also included in the metaphor of the scroll is the idea that the sweetness refers to God’s redemptive grace in the gospel to those believing and the bitterness to the fact that this grace must be experienced in the crucible of suffering (cf. 2 Cor. 2:15–16), since the little scroll connotes the Christian’s purposes on a small scale in imitation of the large-scale purposes of Christ signified by the larger book of ch. 5. . . . Perhaps sweetness and bitterness simply represent redemption and judgment. . . .” (G. K. Beale, The Book of Revelation, p. 552).

Make the good news known. Revelation 10 is an interlude that reaffirms John’s call to proclaim God’s Word as described in the opening of the book. In both places it is a five-step process. The revelation comes from the Father, to the Son, then through an angel is given to John, who in turn proclaims it to the church (and the nations). John’s role as an apostle and author of several books of the Bible is unique. But the task of proclaiming the good news has been given by Christ himself, not only to John, but also to you, the church built on the foundation of the apostles. “Although the Lamb’s redeemed people are drawn from ‘every tribe and tongue and people and nation,’ from this same group are drawn the enemies of the Lamb, destined for destruction. John’s prophecy concerning the nations is indeed bittersweet.” (Dennis E. Johnson, Triumph of the Lamb, p. 164). You, like John, are to proclaim the good news to all the world. You do that as you pray for those serving in Asia, as you support those planting churches in this land, as you talk to your neighbor and invite him or her to come and hear the good news. How can you do that? The imagery of eating a scroll is clearly not literal. But the point is clear. In order for John to make the bitter news of judgment and the sweet news of redemption known, the scroll has to be internalized. He has to digest it. The same is true for you and me. The gospel has to be part of you—and then, by your words and your life you make it known.

You have the word of the angel standing on the sea and the land, swearing with uplifted hand by the One who lives forever and ever, that there will be no more delay. Take heart! And until that last trumpet sounds, make your life and words a rich witness to both the justice and mercy of your God.