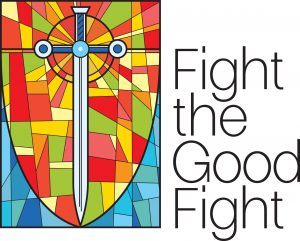 Timothy was unique, but the confession that he made was not. In 1 Timothy 6:11-13 Paul calls you to hold to your confession.

Keep your good confession. You have made a good confession. Timothy had made a good confession. Paul may be looking back to Timothy’s ordination, but more likely to his baptism. This young man, son of a Greek father and Jewish mother (Acts 16:1), had learned God’s Word from his mother and grandmother. But as a young man he had heard the good news of Jesus Christ and had responded in faith. Included also is the life that Timothy had continued to live before the Lord and his people. You have confessed Christ before many witnesses. Witnesses summon you to remember what you have promised. They remind you of the faithfulness of your God. See Deuteronomy 32:1. Make yours a good confession, one to which you remain true. Your confession is not simply empty words, but it must be something seen in your daily life. Congregation, remember that you are witnesses! You have a responsibility to encourage those who have professed their faith and even to call them to account. You can remind a baptized child of what it means that God has marked him as one who belongs to him.

Take hold of eternal life! Fight the good fight of the faith. The Christian life is an ongoing conflict. The conflict is part of the battle between the kingdom of God and realm of this world. You struggle against the flesh, the world, and the devil. Flee temptation!Pursue righteousness, godliness, faith, love, endurance, and gentleness. A profession of faith is not a graduation ceremony–it marks a life of conscious struggle against sin and a seeking to glorify the Lord. Take hold of eternal life. Take God’s salvation as your possession. This is God’s free gift–but you are invited, even commanded to grasp it. Make it your own, with the realization that even the desire to do that comes, not from some inherent ability of your own, but is God’s gracious gift. “The gospel does not come to man as a communication or offer that leaves him free, but asks of him the decision and the act to enter into that way of salvation ordained of God and to abandon every other means of salvation than that which is proclaimed to him in the gospel.” (Herman Ridderbos, Paul: An Outline of His Theology, p. 238).

Remember your good confession–and live it until the day of Christ’s appearing!