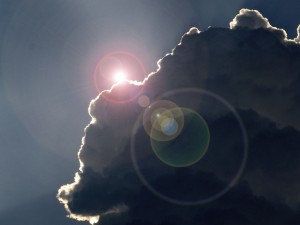 Although you may never face the kind of persecution that Stephen did, God calls you to be a faithful witness to his glory, Acts 7:54-60.

How can you be a faithful witness? What was the source of Stephen’s boldness?As you follow your faithful Savior, recognize the glory of the Lord. Stephen was full of faith and the Holy Spirit. That is mysterious, but not magical. It grows out of solid grounding in the Word of God, growing trust, and a commitment to faithful obedience. Stephen had been willing to walk by faith, not by sight, and the Lord granted him a special view of his glory.

Follow your faithful Savior by keeping God’s glory central in your witness. Stephen’s defense had focused on the God of glory. God has given you, like Stephen, the calling to be his witness, Acts 1:8. What is the focus of your testimony? It is not so much that you are summoned to begin to witness, but that you already are a witness, declaring something by your life.

Be faithful because your Lord is faithful to you. He is not ashamed of you. Notice what Stephen sees: Jesus standing at the right hand of the Father. The right hand is the place of honor, but note the posture. Stephen, in a way that is without parallel in Scripture, calls Jesus, “the Son of Man.” The glory of Daniel 7:13 and Psalm 110:1 are reflected in the title. In other New Testament references to Psalm 110 sitting is mentioned. Why is the Son of Man standing here? Examine Luke 9:26 (and 12:8,9). Following Peter’s profound confession, Jesus makes a statement that scandalizes his disciples: he must suffer, be rejected, and killed. He summons his disciples (and you) to take up your cross and follow him. That is the context for the warning of Jesus that when he comes in his glory he will be ashamed of those who are ashamed of him. Positively, in Luke 12:8-9, he will acknowledge those who acknowledge him. In addition to being king and priest, Jesus is the witness. He is standing before his Father bearing witness concerning his servant and preparing to receive him into his glory. His testimony is based on his redemptive work in the place of his people. This glorious Lord is unashamed of you as you trust in him, as you live in faithful covenantal commitment to him. “Stephen now beheld the heavenly court, where another Witness stood to give testimony, as he had promised, ‘I tell you the truth, everyone who acknowledges me before men, the Son of Man will acknowledge before the angels of God’ (Luke 12:8).” (Dennis E. Johnson, Let’s Study Acts, p. 93).

Be confident that God uses your witness. Stephen’s death seems to be a tragic waste of a gifted servant of the Lord. What has become of his testimony? Do you wonder what are the effects of your witness? Does the testimony of this church in this community amount to anything?

Have you noticed the detailed eyewitness account of Stephen’s defense and death? You have the details of his speech. The expression of his faith is described, and even the volume level of his final words. What source (Luke 1:1-4) did Luke use for this account? The outer garments of the executioners are laid at the feet of a young man, who, we learn later, was a rabbinic student of the great Gamaliel, Acts 7:58; 8:1. Is he the one who told his later travel companion, Dr. Luke, of Stephen’s faithful witness? What impact did this witness have on Saul’s eventual conversion? God’s word does not return to him empty. He uses the witness of his people.

God summons you to be a faithful witness. But, like Stephen, you can do that only as you trust in the faithfulness of your heavenly witness, the Lord Jesus Christ. Don’t be ashamed of him. He is not ashamed of you!