Who do you think Jesus is? 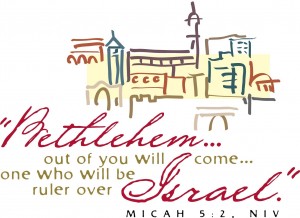 “Who is Jesus?” is a divisive question. John’s Gospel, chapter 7, surveys a variety of opinions about who Jesus is, but not by way of offering a theological smorgasbord. Rather, the multiple answers to the question of Jesus’ identity are intended by John to have you listen to Jesus’ unique authority (“No one ever spoke the way this man does,”) and to respond as a disciple of Jesus. Jesus had come to Jerusalem in the middle of the Feast of Tabernacles and had begun teaching in the Temple. Jesus made clear that he was from God: “I know him because I am from him and he sent me” (John 7:29). Speculations that he was the Christ motivated the chief priests and Pharisees to send Temple guards to arrest him (unsuccessfully, as we see).

Jesus graciously invites the thirsty to come to him and drink, promising that rivers of living water will flow from them. His hearers begin to speculate as to who Jesus really is. Some identify him with the prophet like Moses promised by God in Deuteronomy 18. Others opined, “He is the Christ.” But that, in turn, caused further division. Those who believed he was the Christ pointed to his miracles as evidence. But others argued that Jesus, coming from Galilee, could not be the Christ, because the Messiah was to come of King David’s line and, according to the Scriptures (Micah 5), to be born in Bethlehem. John reports that the people were divided because of him.

Do you detect the note of irony with which John writes? Although his Gospel does not record the birth of Jesus, certainly both John and his first century Christian readers knew that Jesus had been born in Bethlehem. Those arguing that he could not be the Messiah because he came from Galilee were ignorant of the fact that he had indeed been born in Bethlehem! But there is a deeper irony. The question of the exact geographical location of Jesus’ birth pales in comparison with the importance of the question who he really is. Not only does Jesus claim that his teaching comes from God, but he also says that he was “of God” and sent by him. He is the Word made flesh.

Adding to the irony is the response of the temple guards. They had been sent by the chief priests and Pharisees to arrest Jesus. They returned empty-handed, and when interrogated by their masters, respond, “No one ever spoke the way this man does” (verse 46). It was not just the content of what Jesus said, but his bearing and manner of speaking with struck them. They recognized that Jesus was unique. Similarly, the crowd that had heard Jesus deliver the Sermon on the Mount was struck that he “taught as one that had authority, and not as their teachers of the law” (Matthew 7:29). Although John does not tell us that the temple police ended up believing in Jesus, their words add to John’s claim that Jesus is the true Word of God. They understand that he is unique, unlike any other man. Herman Ridderbos comments, “What prevented the officers from arresting Jesus was not some ‘theological’ identification of the person of Jesus but their own consciousness that they were faced with a power greater than what could be attributed to a mere human being, a power for which, as ordinary people, they had no words, but which made it impossible for them to carry out the instructions they had been given.”

John records the reaction of the temple police because he is calling you to listen to Jesus, to listen not only to the words spoken, but also to the authority behind them. Those who refuse to listen to Jesus in this life will still hear his voice in the last day. That will be a word of judgment, “Depart from me, for I never knew you.” But if you have truly heard Jesus voice today, if you have, by faith, responded to his gracious invitation to come to him and drink, you will hear his welcoming voice, “Well done, good and faithful servant.” What you think of Jesus now and how you respond to him are of crucial importance.

The Pharisees deride the police, whom they had expected to simply carry out the orders given them. They compare them to “this mob,” the unlearned masses, who, according to the Pharisees, were ignorant of the law and thus easily lead astray. None of the rulers, they claim, has believed in Jesus.

But, again with a note of irony, John reintroduces Nicodemus, whom we met back in John 3, coming to Jesus at night. The Pharisees claim that none of them believes in Jesus, but one of them is brave enough to speak up quietly for him. Doesn’t the law, their knowledge of which was a point of pride with the Pharisees, require that the accused be heard before he is condemned, Nicodemus asks. Could Nicodemus have spoken more boldly? Yes, but at least he speaks in defense of Jesus, thereby earning, along with the temple police, the scorn of his fellow leaders.

In John 3 Jesus had criticized Nicodemus for being a teacher in Israel who did not understand the things relating to the Messiah. That chapter concludes without indicating any conclusion on the part of Nicodemus. Here in John 7, he is making progress in his pilgrimage. He attempts some kind of defense of Jesus. When he appears for the third and final time in John 19, he, along with Joseph of Arimathea, is willing to go boldly to Pilate and claim the body of the crucified Savior in order to provide a proper burial.

As John concludes chapter 7 with the reference to Nicodemus, he is challenging you to ask what you think of Jesus. Have you heard how he speaks? Have you responded in faith?