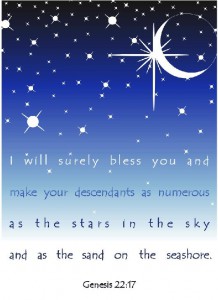 You are appropriately skeptical of promises made to you, but when God promises, that is something on which you can depend, as Hebrews 6:13-20 tells you.

God, who made a promise to you, has made it more certain by taking an oath. God has made a promise. In Genesis 12:2-3, God had made a promise to Abraham as he entered into a covenant with him. That promise was repeated (Genesis 13:16; 15:5; 17:2ff; 18:10). God’s sure blessing (Gen. 6:14 emphasizes the certainty) had included land and descendants, but at its heart was fellowship with God. This repeated promise is not just Bible trivia—it is a clear statement of the covenant of grace, a relationship that includes not only Abraham, but you as well. The earlier part of Hebrews 6 contains strong warnings, warnings given to the church, given also to you, but given so that you hold firm and persevere instead of falling away. How can the author of Hebrews be persuaded of better things for his readers (and for you)? Because of the certainty of God’s promise.

God renewed his promise after calling Abraham to sacrifice Isaac. You know the story—after years of waiting for the promised son, God asked the impossible of Abraham—that he sacrifice this son. Abraham responded in trust, and the ram took Isaac’s place. Your response, however, should not be only to admire Abraham’s faith, but above all to see the love of the Father who later gave his Son as a sacrifice for your sins—and this time there was no voice from heaven just before the fatal moment. God’s promise to Abraham comes to you in Christ Jesus.

While God’s word of promise cannot be made more sure, God did make it more credible. He confirmed his promise with an oath. An oath settles a matter. God himself swore an oath. Since there is no one greater, he swore by himself. God is making sure you understand the reliability of his promise.

Hold on to the hope God offers. Be encouraged! God cannot lie. He will be faithful to his nature. He is truth, and his oath makes his promise doubly sure. The comfort of God’s promise is at the heart of your baptism (Acts 2:38-39. Parents, take heart in a troubled world. Did you hear the warning earlier in the chapter and find yourself discouraged? Take heart—you salvation is as dependable as God’s oath-bound promise.

So, take hold of this hope! You need a haven from doubt and fear, a place of refuge from Satan’s attacks. Rest in the hope God gives. Your soul needs an anchor—and God provides it. Hebrews does not pursue the nautical metaphor, but describes your sanctuary as “behind the curtain.” Here, in the Tabernacle of the Old Testament, was where God made his presence known. Your hope is not in an earthly Tabernacle where the high priest, after his death was replaced by his son. Rather, the location is the heavenly sanctuary. Your High Priest, who was designated by God to be a priest forever after the order of Melchizedek, has entered the heavenly sanctuary on your behalf. For the author of Hebrews, ritual geography is important—the location that Christ’s work as priest has in view is not the earthly tabernacle or the temple in Jerusalem. That was where the priests of Aaron’s line served. Christ’s priestly work however, has the original, the genuine, the heavenly tabernacle in view. Christ has gone, not just symbolically, but in reality, into the very presence of his heavenly Father as he ascended. His position there give the substance to your hope. Hebrews 6 contains a warning. Respond to the warning, not by looking first of all at yourself and how well you may or may not be doing. Rather, look to the One to whom you have fled, the One who is High Priest forever after the order of Melchizedek.

How impossible is it for God to lie? How trustworthy is his promise? His own Son is your representative, your high priest. If you have fled to him, your salvation is as certain as his heavenly, high priestly work. When God promises, it is true!