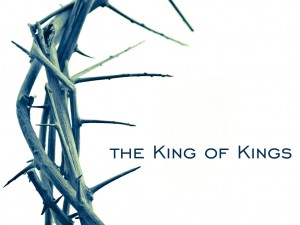 “What is truth?” That can be an honest question, it can be the frustration of despair, or reflect skeptical irony. The question is important, and your life depends on how you answer it. John 18:28-40 focuses on that question and Jesus’ answer to it.

Understand the truth about Jesus being king. He is falsely accused of being king. The Jews (John’s shorthand for the leaders of the nation—it is clear that the crowds are following their instigators) don’t want a king, at least not one like Jesus. A revolutionary who would evict the Romans was one thing, but a Messiah who came to offer himself as a sacrifice for sin was something else entirely. The accusation that Jesus was claiming to be a king was false, at least in terms of what the charge said and in the way it was understood, but it did mean that the death of Jesus would be by being lifted up, as he had earlier said to Nicodemus, not by stoning.

Pilate didn’t want Jesus as a king and was willing, though reluctantly, to order his execution, despite the conviction that he was not guilty as charged.

You live in a world that, like Pilate’s, rejects the idea of Jesus as a sovereign king. It may tolerate a baby in a manger, but a Lord who commands your allegiance doesn’t fit our modern culture. It may allow you to think of him as your personal King, but don’t try to suggest that others need to submit to him.

Yet, Jesus truly is King. “Are you a king?” asks Pilate, and Jesus first inquires as to the source of the question. Then he does answer the question with a strong affirmation. The royal language of Psalm 110 speaks of Jesus. Yes, he is a King, but not in the way that Pilate is thinking. It has a higher origin than the kind of kingship that Pilate knows. Jesus’ kingdom is not of this world.

The “not of this world” character of Jesus’ kingdom also characterizes you, his subjects. Remember that Jesus had prayed, not that his disciples would be taken out of the world, but that the Father would protect them and sanctify them in the world, John 17:15. Herman Ridderbos appreciates the tension involved in being a follower of Jesus in, but not of, the world:

“The place and calling of the Christian community in the world are determined by its differentness. As citizens not only of this world but also of Jesus’ kingdom, Christians are concerned with the struggle for justice and righteousness, even in the political and social sense of those words, and that not only for the benefit of the church but also for the well-being of the world. But the meaning of their existence as the church in the world does not lie there. The primary focus of their attention and message is otherwise. It is not found in what unites it with ‘the world’ but in what distinguishes it from the world. It is found in what Jesus now (v. 37) positively describes as the content of his kingship: testimony to the truth as he has heard and received it from the Father.” (The Gospel of John: A Theological Commentary, p. 595.)

Recognizing Jesus as King means knowing the truth. Jesus, as King, entered this world to testify to the truth. Jesus, as the Word made flesh, came into this world to reveal the glory of the Father, “full of grace and truth” (John 1:14). John the Baptist’s testimony about Jesus was that through him grace and truth have come (John 1:17). He spoke of himself as “the way, the truth, and the life.” As he stood before Pilate to be condemned to die he was revealing the truth—the gracious love of God who so loved the world that he gave his own Son as the Savior. Jesus, as the truth, is the only way to the Father.

How do you respond to Jesus’ revelation of himself as the truth? Jesus calls you to listen to him as the truth. Pilate asks, “What is truth?” possibly in despair, more likely in a cynical skepticism. In any case, he did not wait for an answer. Instead, he went out to the crowd in a vain attempt to persuade them that Jesus should be released.