What is Christ’s Chief End? 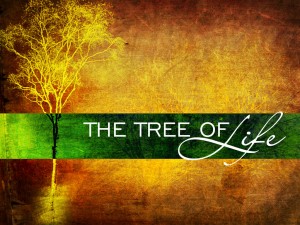 An old Presbyterian catechism begins with the question, “What is the chief end of man?” The response: “Man’s chief end [or purpose] is to glorify God and to enjoy him forever.” For many years that catechism has been used as a good summary of important teachings of the Bible. The first question and answer have helped many young men and women (and some older ones as well) reflect on their purpose and goal in life.

Suppose you could have asked Jesus Christ, “What is your chief goal and purpose?” As you listen to the beginning of Jesus’ prayer recorded in John 17 you have an idea of how he might have responded. He prayed to his Father, “Glorify your Son, that your Son may glorify you.” (I borrowed the title “What is Christ’s chief end?” from a pastor friend of mine.)

Jesus prays this prayer just before going to the cross to suffer and die for the sins of his people. His earthly work as the Messiah is nearing its end. Repeatedly John’s Gospel has recorded Jesus saying that his time had not yet come, as early as John 2:4. But beginning in John 12:23 Jesus indicates that his time has come. This is the time for the completion of his work as Savior. This is the time for him to suffer and die in the place of his people.

Here Jesus is pouring out his heart in prayer to his Father in heaven. As he prays out loud, John hears that prayer and records it in his Gospel so that you and I can get a glimpse into this most intimate of conversations, God the Son speaking to his Father. Who is worthy to listen in—except that the Spirit included this so that you can hear Jesus pray. He prays first about himself (John 14:1-5), then about his disciples (John 17:6-19), and finally about those who would believe in time to come—in short, about you (John 17:20-26).

What is it that the Son, by becoming incarnate, does that brings glory to the Father? Part of the glory of the Son as he completes his work is the authority given him over all people. Both the Father and the Son are glorified in the Son bringing eternal life to those people given him by the Father. Here, as elsewhere in the Gospel, those who belong to Jesus are described as those given to him by the Father. How often do you think of yourself as the Father’s gift to the Son, a gift in which both Father and Son are glorified as you are brought from death to life?

Eternal life is not just “pie in the sky bye and bye,” but is a living relationship with God, beginning now and continuing forever. The only way that you and I as sinners can receive that gift of eternal life is through Jesus Christ completing his work of obedience in our place. Life is knowing the one true God, and Jesus Christ, whom the Father has sent. John Brown, a Scottish preacher, writes: “The [experiential] knowledge of the Father, the only true God, as our God and Father, and of the Son, the sent and sealed messenger of the Father to save and bless men as our Savior, is not only the means, but it is the sum and substance of eternal life.”

Jesus use of “completing” in this prayer anticipates his triumphal cry the next day as he ends his work on the cross: “It is finished!” Here he is looking forward to its completion, even though, as we know from the other Gospels, in a few minutes he will be praying in the Garden of Gethsemane, “Father, if possible take this cup from me, but not your will, but mine be done.”

Jesus is heading for the cross, knowing that in his sacrificial work there he will be glorifying the Father. And as he returns to the Father in his resurrection and ascension he carries with him the lives of his people. In that the Father is glorified. That is Christ’s chief end. Because he did that, you and I can, in turn, glorify God and enjoy him forever. The authors of the Westminster Shorter Catechism had it right. It is because Christ made his chief end or goal to glorify the Father that you can even think about your chief end. And in him you can glorify God and enjoy him forever.