The Song of Moses and of the Lamb 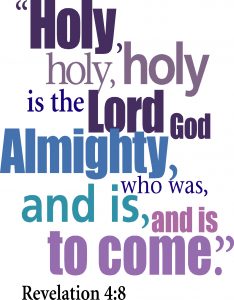 Revelation 15 introduces seven angels who are about to pour out seven bowls of wrath, but it may seem strange, at least on the surface, to see the response in heaven: victorious saints singing a joyful song of praise. You live in a culture that denies that there are absolutes and that believes that, if there is a god, he must be utterly harmless and simply available to meet our needs. Can there be rejoicing when justice is done? Perhaps you can grasp that better if you recall Rachael Denhollander’s victim statement at the sentencing of Larry Nasser. As disturbing as it it is to listen to that statement, the way that Mrs. Denhollander not only presents the gospel, but also the way that she pleads for justice, for protection, asking repeatedly, “How much is a little girl is worth?” You listen to her and the other victims and you can experience a certain grim satisfaction in the sentence of 40 to 175 years imposed on top of the 60 year sentence already pronounced.

Prepare for wrath. Look for the completion of God’s wrath. In Revelation 12 John had seen two great signs in heaven: the majestic woman and the dragon. The third great sign is seven angels, each holding a bowl. And the bowls are full of the wrath of God. To the angels are given the seven last plagues. Leviticus 26:21 is the place that expression is used outside of Revelation, warning of the wrath of God that would come upon his people if they persisted in idolatry and rebellion. Here those plagues, which will be described in the next chapter, are poured out on a rebellious earth that has persecuted God’s people. Sin, all sin deserves God’s judgment. He is patient, he provides warnings, as he did with Pharaoh, but when there is no repentance, judgment comes. These plagues are the last plagues, not because all of them come at the very end, though they culminate in the Day of Judgment, but they are last in contrast to the first plagues under Moses.

The presence of a holy God precludes sin. The last few verses of the chapter make clear that the judgments come from God. They are an expression of the holiness of God, who cannot allow sin to go unpunished. To persist in rebellion against God is dangerous and foolish. “The concluding statement of ch. 15 underscores the fact that the bowl afflictions do not come ultimately from the seven angels or from the four living beings, but only from God. All these others are his agents in carrying out his judicial designs. . . . God’s presence is so awesome in expressing wrath that not even heavenly beings can stand in his midst.” ( G. K. Beale, The Book of Revelation, pp. 806–7). An increasingly paganized western culture (Ireland just voted 2 to 1 to legalize abortion) increasingly uses its power and pressure to oppose God and to harm his people. But God reveals his character. The smoke of the glory of God recalls the pillar of cloud and fire in the wilderness, the theophany at Sinai, and the cloud filling the tabernacle and later the temple at their dedications. The point is that the holiness of God is so great that no one, not even the angelic beings, can stand as he displays his wrath—much less the rebels on whom his plagues will fall. God cannot tolerate sin. Yet, the heavenly response to the terrifying scene is a song, the song of Moses and of the Lamb.

Join in the song! Sing the victory song of Moses. The heavenly song is being sung beside a sea of glass. Exodus 15 records a song sung in triumph on the far side of the sea through which Israel had crossed on dry ground, but the following Egyptian army had been drowned. That judgment might seem drastic at first glance, but remember the people of Israel are looking at the soldiers who had been carrying out the orders of Pharaoh to drown their baby sons. Pharaoh may have been trying to exterminate a nation, but behind that was Satan, seeking to rid the world of the line from whom the Messiah would come. The defeat of God’s enemies is grounds for rejoicing. The exodus becomes the great picture of redemption in the Old Testament.

Join in the song of the Lamb. The words of the song in Revelation 15 don’t simply quote Moses and Miriam. Rather, various Psalms that celebrate God’s mighty deeds of redemption, his holiness, majesty, glory, and universal reign, are used to praise God for his new work of redemption. The saints sing of a greater victory than what Moses witnessed. The death and resurrection of Christ is the defeat of Satan. The song of the Lamb is not a separate song from that of Moses, but is simply the response of God’s people to the new and final work of redemption. It is a new song, as you see in Revelation 5:9–14. “Their song is ‘the song of Moses, the bond-servant of the God, and the song of the Lamb’ (Rev. 15:3). It is Moses’ song because God’s victory in liberating his people and destroying their enemies stands in continuity with the ancient exodus, which Moses and the Israelites celebrated in song as they watched the Red Sea close over Pharaoh’s pursuing forces (Exod. 15:1–18). But it is also the Lamb’s song, a ‘new song’ (Rev. 14:3) for the triumph of the Lamb in his sacrificial death, resurrection life, and coming judgment is the last and great exodus, the ultimate salvation that was foreshadowed when the Israelites left Egypt in Moses’ day.” (Dennis E. Johnson, Triumph of the Lamb, p. 216). The triumph of the Lamb is what gives you as God’s people courage and strength to persevere when faced with pressure to compromise their commitment to Christ. It gives you strength to press forward, even when obedience seems like a hopeless, futile task. Why was the Lamb slain? To redeem those who had been rebels against God. There is no room for pride as you see the last plagues poured out. It was her understanding of the grace of God in Christ that enabled Rachael Denhollander to hold out to Nassar the hope of forgiveness, should he truly repent.