The Son of Man Glorified 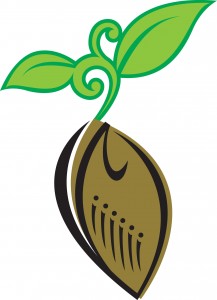 After my first year in seminary I served a summer internship in a church in Iowa. On my side of the pulpit was a brass plaque with the words, “Sir, we would see Jesus,” which I recognized from today’s text. At first glance, the quote might seem out of context, but both that summer and through the years since I have appreciated how profoundly appropriate it was and how crucial for the preaching and hearing of the Word of God–and how important it is for your life as a child of God.

In John 12:20-36, John provides an account of Greeks coming to Philip with the request, “Sir, we would like to see Jesus.” Philip consults Andrew, and they convey the request to Jesus. The Greeks were not Greek-speaking Jews, but apparently Gentiles who had been attracted to the worship of the God of Israel. Something about Israel’s God and his Law contrasted with the polytheism and immorality of pagan life. They wanted to see (meet with) Jesus. Remember that a godly life accompanied by words that point to your Savior can have a profound impact on a culture that is not just drifting, but steaming full speed away from God, as evidenced by the way that we undervalue human life at its most vulnerable times and as we depreciate the importance of marriage as a union of a man and a woman made in God’s image.

Jesus takes the request of the Greeks to see him as a marker that his time has come. Throughout the time of Jesus’ signs (John 2-12) his time had not yet come. That was why Jesus had avoided confrontation with and capture by his enemies.  But now his time has come. Once again he uses the self-designation, Son of Man. This time it carries with it all of the honor and power that accompanies it in Daniel 7.

This is the time for him to be glorified. Notice the passive: he is not glorifying himself, he will be glorified. The triumphal entry had just taken place. Jesus had been hailed as king. It did appear that his glory was at hand. But Jesus knew that the road to glory lead past Golgotha. Even Zechariah combined the concepts of “king” and “lowly.” As soon as “glorified” is spoken (v. 26), he moves on to talk of dying (v. 27). His being “lifted up from the earth” refers not only to his ascension and glorification in heaven, but also to the more immediate event, his being lifted up on the cross. The way that Christ is going to be glorified is the way of obedience, the way of doing his Father’s will, the way of suffering, dying, and rising for the many whom the Father would give him.

When Jesus talks about death, he speaks not only of his own death, but also of you giving up your life. Don’t lose your life by loving it! Jesus’ language is full of paradoxes, of seeming contradictions. The time for the Son of Man to be glorified is the time for him to die. The kernel of wheat has to shrivel and “die” in the ground in order to be fruitful. He is not talking about botany or farming. Jesus is talking about himself. Even at this point in his work the temptation must have been there to take the easy way out, to reach for the glory without the cross, v. 27. But he reminds himself of the need to die obediently.

Notice the emphasis on the many in v. 24. Suppose Jesus, after entering Jerusalem and being hailed as King, had simply moved on to his ascension and glorification. He would have returned to glory. But he would have failed to obtain the far greater glory that came from walking the path of obedience, suffering and dying for his people. He is not about to enter glory alone. His resurrection, his ascension, and his glorification take you with him.

But that means that you also accompany him in his suffering and death. What is true of Jesus, is true of you also, his follower, v. 25. Jesus is also warning you not to love your life. Jesus is challenging you to examine yourself, to as what is really most important to you. Is it your life, your own interests and desires? That does mean checking the big decisions in your life: what is your overall goal? are you living for yourself, or for the Lord? It also means evaluating how faithful you are in the small decisions: how do you spend your time? what books do you read? what TV do you watch? how do you relate to your family?

The self-centeredness that permeates our culture, that bombards you in advertizing, exemplifies the “loving your life” which Jesus points out leads to the loss of life.

Instead, live for life eternal. Jesus is speaking of himself first of all. The road to Golgotha led beyond the cross to the open tomb, to his ascension and glorification. His death results in life—for himself and for all who trust in him. To serve Christ means to follow him. That includes the suffering of life in this world, as well as the glory that is already yours in part, and will be fully yours at the end of the age.

The “hate” that Jesus speaks of is an emphatic comparison, not to be taken too literally. Martin Luther’s peace of mind came not from beating himself, but from trust in the Savior. Jesus is summoning you to a deep, life-changing commitment to himself and to his Father. That can mean a costly obedience. Grace is free, but is not cheap. How do you not love your own life? John Calvin answers, “In short, to love this life is not in itself wrong, provided that we only pass through it as pilgrims, keeping our eyes always fixed on our object. For the true limit of loving life, is, when we continue in it as long as it pleases God, and when we are prepared to leave it as soon as he shall order us, or — to express it in a single word — when we carry it, as it were, in our hands, and offer it to God as a sacrifice.”

The result is life eternal. Jesus assures you that as you live in covenantal obedience with him, you will share in his glory. You will be honored by the Father.

Jesus faces the time of his suffering and humiliation here on earth. Yet he gazes steadfastly at the cross, for he can see beyond it the glory that awaits him. Because you live on this side of the cross, the time has come for you too. Christ invites, commands, you to a commitment that truly places him first in your life. The glory that he presently enjoys is the assurance for you, as you trust in him and walk in obedience to him, that the Father will honor you too.