The Reward of Choosing Disgrace 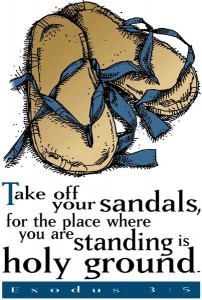 One of the challenges of parenting is to teach children that choices have consequences. But what parent would encourage a child to pick disgrace? Hebrews 11:24-26 praises the faith of Moses, who chose disgrace, but chose it for a very good reason.

Make your choice! Beware of the pleasures of sin. Moses’ parents, Jochebed and Amram, showed their faith by disobeying the order of the Pharaoh and keeping baby Moses alive. The baby in the little ark in the reeds along the Nile ended up being adopted by the daughter of Pharaoh. His was a position of great potential authority, Exodus 2:10. In the court he received a fine education, Acts 7:22. Historical records show other Semites rising to influence in Egypt. It must have been a strong temptation to stay and use power there for Israel. Moses was of age. His decision was not youthful impetuosity. Hebrews commends him for avoiding the pleasures of sin. There may well have been some specific sins involved in the court life, but the point, more likely, is that to remain in Pharaoh’s court would be to abandon the people of God. That would be the same apostasy against which the author of Hebrews warns. Egypt had the pleasures of sin–and Moses refused it, eve for a short time. Sin may appear to be a pleasure, but that is a very short term view. It is dangerous. Hebrews warns against the shortsightedness that leads to a lax Christian life, as well as to falling back into Old Testament ceremonies. What can you learn about resisting sin?

Choose mistreatment with God’s people. Moses chose to be mistreated. He was willing to leave Egypt’s splendor. The people he was joining were slaves. By his choice he endangered his own life and forced his own exile. Moses willingness to serve was sometimes (later) humble and even reluctant. In the case of Moses, as well as the others we look at, it’s not all about Moses. Appreciate the uniqueness of Moses. It’s ultimately about Christ. By giving this example, Hebrews says, “Chose a life of suffering.” This is not masochism. Rather, remember that God does not call you to heaven immediately. You are an alien (v.13), therefore your life is one of suffering, see Philippians 1:29. “Christian suffering is that life style which develops out of the effort (produced and guided by the life-giving Spirit himself) to serve the heavenly Christ on the earth where the confusion of sin and the distortion resulting from the curse on sin (cf. Rom. 8:20ff.) have become essential characteristics.” (Richard B. Gaffin).

By faith look ahead to your reward. Share the disgrace of Christ. Moses shared this disgrace. It is not that Moses had a prophetic knowledge of Christ’s sufferings. Rather, as you see in Hebrews 13:13, we bear the disgrace Christ bore (Colossians 1:24). Moses’ disgrace was identical with the disgrace Christ suffered. It is not that your sufferings are redemptive, but behind the sufferings of the Christian, stands Christ. You too must bear Christ’s disgrace. Moses is a practical example of Hebrews 13:13. Christ promised persecution, John 15:18-20. You are an alien, not always suffering open persecution, but you are identified with Christ in his sufferings. The call to bear Christ’s disgrace can be very clear at the moment of conversion. Hebrews is writing to people like you and me, the covenant community. He is urging you to choose continually the disgrace of Christ in your daily life. Choosing involves looking at every area of your life in the light of God’s Word.

Fix your eyes on your reward. Moses saw the reward. Even humanly speaking he would have been forgotten in Egypt–like Amenhotep, Sethi, and Thutmose. By faith he saw the riches of being part of the body of Christ. By faith fix your eyes on the reward. Union with Christ is far better than the rewards of sin. By faith you can see the riches of Christ, the riches which result from his death (unlike other situations, where we often cannot see where the path we choose leads). Hebrews identifies the One for whose sake Moses chose suffering. That is where he points you: “There has never been a greater humiliation of a person than that of Jesus. No one has ever descended so low because no one has ever come from so high. He stripped himself of the prerogatives of his dignity and of the robes of his glory; and for what? That he might be the object of shame and ridicule.” (Mark Jones, in Knowing Christ). The reward you enjoy is present union with Christ and all the joys of the rest in the new heavens and earth which God has prepared for you.