The Revelation of Jesus Christ 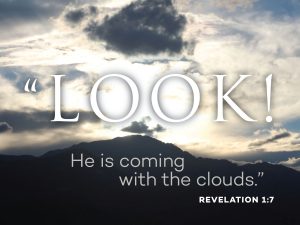 How challenging is the Christian life—not just in the Middle East or parts of Asia—but right here? The Book of Revelation gives hope, strength, and comfort to suffering and challenged Christians. Revelation 1:1-8 not only introduces the book, but points you to the heart of the comfort—the revelation of Jesus Christ.

God has revealed Jesus Christ. This book is the Apocalypse. You may have heard it called by that title, which is simply a transliteration of the word John uses, which we more often translate as revelation. Perhaps because some of the visions in this book describe earth-shaking events, the term apocalypse has come to have overtones of disaster. But John uses it to mean showing or unveiling what is there, but is perhaps not clear to the superficial look. Revelation has suffered from both overexposure and neglect. How do you understand it?

Know the Scriptures, listen, see, and count! Perhaps the most important key is to know the Old Testament Scriptures, especially the prophets. Much of the imagery has roots there. Listen to the text. John expects the members of the churches of Asia to be able to understand what they hear read to them. John was to write what he saw. The words paint visual pictures. “Symbols in motion” is the way that Dennis Johnson puts it. And the numbers in Revelation count. Even in the introduction you have seven churches and seven sprits (a reference to the seven-fold completeness of the Holy Spirit).

Your eternal King is coming! He is and was and is coming. As you work through the book you find that the church and its members are threatened by compromise with the world, and by outright, sometimes severe, persecution. This book is written to to give them—and you—hope. That hope comes from the triune God, who greets his people. The one on the throne is he who was, who is, and is to come. The sevenfold Spirit is before the throne. And the blessings come from Jesus Christ, the faithful witness (that’s the word from which we get our word martyr), who in turn will encourage and enable his people to be faithful witnesses, the firstborn from the dead (even death is not supreme), and, despite appearances, he is the ruler of the kings of the earth. The reference to he who is, who was, and is to come, is important. It looks back to Exodus 3, where the God who meets Moses at the burning bush identifies himself. He is the I Am, Yahweh, the God who is faithful to his covenant promises. The God who did not forget his people in Egypt, but heard their cry and remembered his covenant promises to Abraham, Isaac, and Jacob is not about to forget the seven churches. John cannot describe the triune God without breaking into a doxology, a song of praise. In verse 8 the same description is used of Jesus, the coming one. All that God is, the Son is.

He has freed you by his blood. John focuses not just on who Jesus is, but what he has done. His death and resurrection are crucial. His blood has freed you from both the guilt and power of sin. What he has done makes you a kingdom and priests. That may not be how the world sees you. That may not be what things seem to you as you face persecution. But John assures you it is true. Look a little closer at the the titles in verse 8. He who is and he who was use the verb “to be” in the present and past tense. He who is to come does point to the future, and all three assure you of the eternal character of your Lord. But don’t overlook that comes is a verb of motion. John is explicit that he is coming, and he is coming in power and glory, verse 7. All will see him. All will be set right. He is the Almighty. And Jesus uses the first and last letters of the Greek alphabet to make that point of his eternity and completeness. He is the Alpha and the Omega.

You are blessed. John wrote this book to be blessing to you. Don’t get so involved in deciphering details that you miss the basic point of verse 3. This book is written to be a blessing to original readers and to you. John first pronounces a blessing on the one who reads. That part is not primarily intended for you and me, but for the person in each of the churches addressed who read the book aloud. Most original believers experienced the book by hearing it read aloud to them. And on them John also pronounces a blessing.

Listen and keep the words you hear. Don’t just listen. Take to heart what John writes. You are to keep, to obey. The book is written to comfort you in persecution, but also to warn you against apostasy and other temptations. Repeated in the book are encouragements to live as those who belong to the Lamb, not to defile yourself with sin. You need to listen, and you need to obey. As you look at each chapter, ask, how does God want me to behave? What does he want me to do?

John, who, inspired by the Spirit, wrote this book is the same John who walked the paths of Galilee with Jesus and listened as he taught the people and revealed himself as the Messiah. He saw the miracles. He witnessed the crucifixion and the resurrection. Now, many years after, he passes on to you the Revelation of Jesus Christ.

“Our interpretation of Revelation must be driven by the difference God intends it to make in the life of his people. If we could explain every phrase, identify every allusion to Old Testament Scripture or Greco-Roman society, trace every interconnection, and illumine every mystery in this book and yet were silenced by the intimidation of public opinion, terrorized by the prospect of suffering, enticed by affluent Western culture’s promise of ‘security, comfort, and pleasure,’ then we would not have begun to understand the Book of Revelation as God wants us to. The dragon’s assault on the church comes in different forms and from different quarters in different times and places. . . . Our only safety lies in seeing the ugly hostility of the enemy clearly and clinging fast to our Champion and King, Jesus.” (Dennis E. Johnson, The Triumph of the Lamb, pp. 18-19).

“John’s purpose in writing is, therefore, to encourage those not compromising with idolatry to continue in that stance and to jolt those who are compromising out of their spiritual anesthesia so that they will perceive the spiritual danger they are in and repent and become witnesses to the risen Christ as Lord. For those who never respond, only judgment will ensue.” “[T]he focus of the book is exhortation to the church community to witness to Christ in the midst of a compromising, idolatrous church and world.” (G. K. Beale, The Book of Revelation, NIGTC, p. 33).