The Rescuer We Need 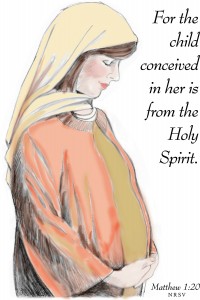 Who has never gotten themselves into such a jam that they needed someone else to get them out of it? Some borrow money, but later find themselves drowning in debt and in need of rescue.

The Bible says that we actually incur debt with God every time we break one of his laws, like “do not lie” or “do not steal” or “do not gossip,” etc. These things are so commonplace that we take them lightly. But God doesn’t! Because he is a perfectly just Judge, he has sworn to inflict the infinite punishment that these sins against him deserve. And because the debt of each of our sins is infinite, we can never pay it back, not even if we suffer for all eternity—which is exactly the punishment that God has sworn to inflict.

That’s why it’s such good news that at the event we commemorate each year at “Christmas,” the eternal Son of God—who created and upholds all things—added to himself a human nature (body and soul) and was born as Jesus. The Bible makes it clear that this was no promotion; it was a demotion. By doing this, the eternal Son of God was actually volunteering for a death sentence that wasn’t really his. Why then did he do it? Because his great love motivated him to sacrifice himself in order to rescue us. The meaning of the name, “Jesus,” can actually be paraphrased as “God-to-the-Rescue.” 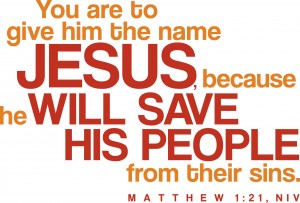 How does Jesus rescue? First, Jesus rescues by what he did. He died a perfect death in order to satisfy the infinite punishment of God’s white-hot wrath that we each deserve for our sins. He also lived a perfect life in order to provide the righteousness that the holy God requires for us to enter his heaven. Jesus is the only one who was qualified to do this. That is because he alone is at the same time 100% God and 100% human in one person. This means that his perfect life and his perfect death were the life and death of the righteous God-man. This makes his obedience and sufferings infinitely valuable and worthy of God’s blessing. No wonder the Bible says that “No one comes to the Father except through [Jesus]” (John 14:6).

Second, Jesus rescues by what he does. The Bible says that because the life and death of Jesus were perfect, it was impossible for death to hold him. He was resurrected to life and put in charge of the universe. As a living Saviour, he is still able to rescue sinners, and is actively doing so. He takes the benefits of the rescue-work that he accomplished and gives them to people.

God says that if you entrust yourself to Jesus to save you, then he will make the perfect life and death of Jesus count as yours. God will count Jesus’ death as paying all your debt of sin in order to deliver you from hell. He will count Jesus’ life as performing all your duty of perfect obedience in order to earn you heaven. In a way, it’s like swapping places. “God made him who had no sin to be sin for us, so that in him we might become the righteousness of God” (2 Corinthians 5:21). Have you experienced that swap? “Believe in the Lord Jesus Christ and you will be saved…” (Acts 16:33). “If you confess with your mouth that Jesus is Lord and believe in your heart that God raised him from the dead, you will be saved” (Romans 10:9). Jesus is the Saviour you need.