The Joy of Being a Friend of Jesus 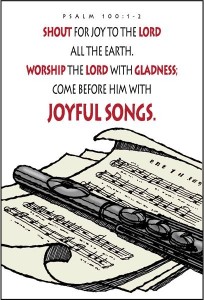 It has been a difficult week for the nation, and for a number of individuals I know. Yet, even in our broken world you can abide in Christ’s love, live as his friend, and experience his joy in you, as he tells you in John 15:9-17.

When the Bible gives you an imperative, a command, behind it lies an indicative, a statement of what God has done. And an indicative carries with it an imperative, often expressed, sometimes implied, telling you what to do. Don’t separate the two! Jesus is going to tell you to abide in his love. He will call you love one another. But those commands are rooted in the eternal love of the Father to the Son (expressed also in the Father’s approval of his Son during his earthly ministry), and reflected in the Son’s love for you. Marvel that God does not simply pity you, but actively loves you—loves you to the point of having sent his Son to suffer, die, and rise for you. “It is by this grand conception of being taken up by faith in Jesus into the love of the Father and the Son that the church can understand itself in its uniqueness in and for the world.” (Herman Ridderbos, The Gospel of John: A Theological Commentary, p. 522) As you walk through deep waters, remember that the Father loved the Son every step of his way, and both of them love you.

The imperative involved is the command to obey Christ’s commandments. Faith in Christ can never be separated from obedience. (Obedience is never the basis of faith, but faith must involve obedience.) “For these two things are continually united, that faith which perceives the undeserved love of Christ toward us, and a good conscience and newness of life. And, indeed, Christ does not reconcile believers to the Father, that they may indulge in wickedness without reserve, and without punishment; but that, governing them by his Spirit, he may keep them under the authority and dominion of his Father.” (John Calvin at John 15:10) Every step of Christ’s life on earth was obedience to his Father. You, united to him by faith, are summoned to obedience.

The love Jesus has for you is so deep that he calls you, not servants, but friends! Although Jesus usually did not address his disciples as servants, they properly called him “Lord.” This is not treating God casually, but rather the Savior showing you how close he is to you, how involved he is in your life. That closeness comes to expression in his making known to his disciples, and through them to you, how he is going about doing his Father’s will. That friendship leads to a repetition of the command to love one another. Jesus has displayed the greatest of all love, laying down his life for his friends. That unique, saving love, becomes the model for your love.

Intertwined with love and being the friend of Christ is the concept of joy. Psalm 100 calls on, not just Israel, but the nations, to make a joyful noise to the Lord. When Yahweh comes to bring redemption the event is too great to be confined to one nation. That joy may have appeared very distant to godly Israelites surrounded by idolaters. But what the Psalm anticipated was now happening in the presence of the Redeemer. Here he speaks of the joy of his disciples, but he is going to make clear that he has additional sheep as well. As you remain in Christ’s love, his joy is in you, and your joy is complete.

The overarching atmosphere of the Christian life is one of joy. Yes, there is sorrow. There is grief. There is mourning. But underlying that is the joy of the presence of God, the assurance that the Lord does not abandon you. What does Jesus mean by “my joy is in you”? It certainly includes the idea that joy is not first of all an emotion that we initiate, but rather our reflection, our smile, at his presence. Does it mean more? You may say to a close friend, or to your spouse, “My joy is in you. I rejoice in you.” That too, I suspect, is part of what Jesus in conveying. “. . . not only are we united to Him—He has determined that His joy and ours are now inseparable!” (Sinclair Ferguson, In Christ Alone: Living the Gospel Centered Life, p. 115, Kindle Edition)

That’s something to think about this week. Not only does Jesus love you in a way that reflects the Father’s love to him, not only does he call you his friend because he laid down his life for you, but, because of all of that he rejoices in you!