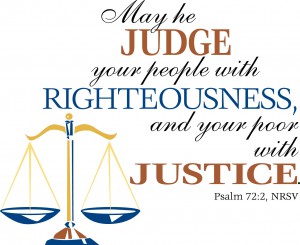 Here in the United States we have just been through a few weeks of politicians (of both parties, it appears to me) playing brinkmanship over the debt limit. These decision affect not only the next cycle of elections, but also the well-being of people in our country and worldwide. In its wake the stock market has dropped and bounced back up and then down again. Behind the recent short term crisis is a much longer range problem that our government has inflicted upon itself, or perhaps more accurately, upon us, a problem that faces a number of countries right now: we have been spending beyond our means. And this is the Sunday, continuing a series of messages in Romans, that we come to Romans 13:1-7 with its command to submit to governing authorities, to pay our taxes, and to render respect and honor to those authorities!

The Book of Revelation reminds us that Jesus as the sovereign is worthy to receive power and wealth and wisdom and might and honor and glory and blessing. His title is “King of kings and Lord of lords.” Knowing that, and knowing the fallibility and sometimes corruption of ruling authorities, Christians might be tempted to argue that they owe subjection to no earthly ruler, but only to King Jesus. Lest you think that way, Paul tells you in Romans 13:1-7 to be in submission to the powers that be. Remember that Paul is not writing about some ideal government. Nero is on the throne in Rome, and although the earlier part of his rule was better than the later, it still contained plenty of cruelty and corruption. Members of the church at Rome had been among the Jews forced to leave the city a few years earlier.

Paul commands submission to governing authorities and provides reasons for that instruction. The origin of government is God’s decree, his plan. This is not merely part of his universal plan, but involves his specifically ordaining government and giving it authority. The governing authorities include rulers at all levels, from the President of the United States Barack Obama to Newberg Mayor Bob Andrews, from the chairman of the Joint Chiefs of Staff to the local sheriff’s deputy. Thus authority is not inherent in the ruler (no divine right of kings). Politicians are not in office to serve themselves, though you sometimes wonder if that is how they see themselves. Nor is authority inherent in the governed, contrary to common assumptions in this country. The people are not autonomous. Authority to govern comes ultimately from God.

Government was appointed “for good.” The state is not beyond standards. Rulers are God’s servants. God, who appointed the state, is still the authority over it. Ultimately all authority has been entrusted to the Lord Jesus Christ, Colossians 1:15-17. He is the ultimate King. Although the good (restraint of evil) benefits unbelievers as well as believers, it has special meaning for those who serve God. As John Murray reminds us, “The ruler is the minister of God for good. . . . And we may not tone down the import of the term “good” in this instance. Paul provides us with a virtual definition of the good we derive from the service of the civil authority when he requires that we pray for kings and all who are in authority “that we may lead a tranquil and quiet life in all godliness and gravity” (I Tim. 2:2). The good the magistrate promotes is that which subserves the interests of piety.” (The Epistle to the Romans, pp. 151,152).

Keep in mind what “government” means. Although we may think first of civil government, the term looks to all of the order that God has set up in our world. His governing authority is the source of other kinds of governance. All of us live under authority. Children experience that in the home with parental authority. Self-government involves bringing your actions, words, and even thoughts and feelings into line with God’s standards.

Although in this passage Paul is emphasizing your responsibility to submit to the governing authorities, this does not mean that there are no limits to that authority, or that every command must be obeyed. In the broader context of Scripture, Peter makes clear in Acts 5:29 that when human authority requires disobedience to God (in this case a command to stop teaching in the name of Jesus), we must obey God. He responds to the highest court of the land, “We must obey god rather than men.” Paul’s emphasis that governing powers receive their authority from God implies the same.

In practical terms, what God requires of you is that you pay your taxes of various kinds (not necessarily a popular command!), and give honor and respect to whom they are owed. This is part of offering yourself as a living sacrifice to God (Romans 12:1-2). Obeying Paul’s command in 1 Timothy 2:1-7 to pray for all those in authority may help you control your tongue and your attitude. Do you pray for your rulers at least as frequently as you criticize them?

Both in the command to Timothy to pray for rulers and here in Romans 13, you cannot neatly divide your life into two separate, unrelated compartments: your religious life and your public life. Rather, your submission to God’s servants, the rulers, is part of your submission to the King of kings.