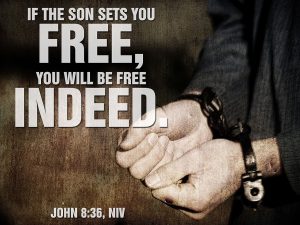 Trust your God whose signs show his power. God displays his power in human weakness. Forty years earlier Moses had tried a do it yourself plan to rescue his fellow Israelites—and failed. Now, summoned by God to the task, he is both humble and reluctant. He suggests that the Israelites will not believe him, and God gives him signs. He protests that he is not eloquent, and God reminds him that the tongue is his creation, and promises to teach him what to say. Finally Moses, out of excuses, pleads with God to send someone else—and God gives him his brother Aaron as his spokesman. Paul, writing to the Corinthians, reminds them that God has chosen the weak and foolish things of the world to confound the wise. The ultimate expression of strength coming out of weakness is your salvation—obtained by the Savior humbling himself and becoming weak to be your Redeemer. “When Moses in his own strength sought to deliver the people, the result was a failure. When after an interval of forty years, actually commissioned by Jehovah to guide and effect the redemption, he assumes the task in the totally opposite spirit of absolute dependence upon God, thoroughly recognizing his own unfitness, God promises that He will smite Egypt with all His wonders (Ex. 3:20). He puts His wonders into the hand of Moses (4:21).” (Geerhardus Vos, Biblical Theology, p. 128). Pharaoh’s heart would be hard, but God would use even that to display his power, as Paul reminds you in Romans 9.

God’s signs confront the powers of darkness. Those signs were not simply sleight of hand or magicians tricks. While they did authenticate Moses as God’s messenger, they did so because they were displays of the power of God. The shepherd’s crook turns into a snake—and then, when seized again, returns to a crook. A snake was a symbol of divinity in Egypt. The hand that became leprous and was healed shows the destructive power of sickness, but also God’s power to heal. And the third sign, Nile water turning to blood, becomes the first of the plagues, as the divine, life-giving river becomes corrupt and begins to stink. These signs are not first of all anti-nature, but rather are directed against the false gods of Egypt. But that was a long time ago. Does God give signs today? “The church must have a correct view of ‘signs and wonders’ that apply during the entire Gospel age. What are they? New birth – which is a miracle from heaven. Christian marriages – which are a ‘sign’ of Christ and the Church. Christian families . . . [and] the Christian Church – a colony of heaven. Shepherds after Christ’s own heart – ‘signs’ of Christ. The fruit of the Spirit – a down payment of heaven. And the sacraments rightly understood – Jesus, through the minister, really claims believers and their children. And Jesus, through the minister, gives us a feast anticipating the one to follow the day of judgment.” (William Shishko, private email, used with permission).

The reason for those signs is that Israel, and you, are the firstborn children of God, beloved by him. Live as children of your Father in heaven. God loves you, his firstborn son. Pharaoh may not serve the Lord, but the reason God gives for him to release his people is that Israel is his firstborn son. That puts you right in the flow of the history of God dealing with his people. Genesis 5 suggests that Adam, as he fathers a son in his image, is himself a son of God. That is confirmed as you look at the end of the genealogy in Luke 3, and then move into Luke 4, where the second Adam succeeds where the first Adam failed. Jesus obeyed, resisted Satan, and went to the cross, so that you might become the adopted sons and daughters of God. As Romans 9-11 points out, God is bringing, not just Paul’s fellow countrymen, but the Gentiles as well, to become his people. Christ is the firstborn of many children of God. God’s love for his firstborn, Israel, leads him to stretch out his arm and judge those who oppress them, those who refuse to release them. And this is all of God’s grace, his undeserved merit. No child earns his place in the family. “Sonship is from the nature of the case unmeritorious.” (Geerhardus Vos, Biblical Theology, p. 129). When Pharaoh refuses to release the Lord’s firstborn, he will lose the life of his own firstborn.

God calls you to live in fellowship with him. There is no higher privilege than to be God’s family, to live in covenant fellowship with him. In Genesis 17 Moses has recorded God giving the covenant sign and seal of circumcision to Abraham, with the command that his sons were to receive the sign when they were eight days old. Moses, on his way to Egypt, is confronted the Lord, who was about to kill him for neglecting this sign of the covenant. In a difficult passage that leaves us with many questions, we learn that Zipporah, Moses’ wife, administered the sign to their son, calling Moses a “bridegroom of blood.” Zipporah seems to disappear from the narrative at this point, returning only in Exodus 18 after Israel has left Egypt. As cryptic as the brief section is, we can learn a couple of lessons. The sign of the covenant, like the signs given to Moses earlier in the chapter, have a judgment side as well as a blessing side. The same is true of the New Testament sign of baptism, as 1 Peter 3 points out. Obedience to God is important! The second point is that this sign, which was a minor surgical procedure, involved the shedding of blood. Moses, called to be the deliverer, needs redemption by blood. Israel, about to be rescued from slavery, will need the blood of the Passover lamb in order to to be redeemed. How great is the Lord’s love for you, his beloved child? Great enough that he gave his own firstborn Son to shed his blood so that your sins might be forgiven.

Because of that blood shed for you, you have become to a watching world the signs of God’s power, grace, and mercy.