Serving the Son of God in a Politically Correct Culture 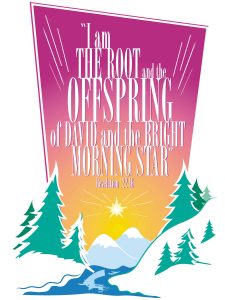 Listen to the praise from the Son of God. When the Son of God speaks, listen! Jesus identifies himself as the Son of God. Later in the letter he quotes from Psalm 2, but an earlier part of the Psalm has the Father saying, “You are my Son. This day I have begotten you.” The One addressing the church is Son of God from all eternity—as well as the triumphant messianic King. Paul and Peter quote the passage in connection with Christ’s resurrection. Flaming eyes penetrate to hidden things, and feet like burnished bronze are powerful against the enemy.

Give thanks for growing love, faith, service, and perseverance. Love, faith, service, and perseverance characterize this church. The church not only shows love to one another, apparently they reach out in service to those around them. They persevere. They keep on loving and believing. Furthermore, in contrast to the church in Ephesus (Revelation 2:4), they have not left their first love. Their good deeds, their service of the Lord continues to grow. These are high words of praise from the all-seeing Son of God! But there is a problem.

Take note of the warning of the one who searches hearts. Beware of idolatrous compromise. What Jesus has against the church is that it tolerates a false prophetess, whom he entitles Jezebel. She is a false teacher, but the church tolerates her, instead of rejecting her false teaching. “The flaw in the Thyatirians’ growing faith and love was naïveté, a lack of discernment that took people at face value rather than putting them to the test of truth. Jesus says to the church at Thyatira, ‘I love your love, but I hate your tolerance.’” (Dennis E. Johnson, The Triumph of the Lamb, p. 80). Like Ahab’s queen, who led Israel into Baal worship, this woman, from within the church, supports compromise, involving both idolatry and sexual immorality. Both practices were common in the trade guilds, and she found a hearing from those looking for a way to preserve both their church membership and their business connections. She may have taught that the spirit is important, but that what you do with your body is not—thus sexual immorality is no big deal. In a culture today where sexual immorality is not only tolerated, but some forms of it have become politically correct, it is not hard to see the challenge to Christians. When “consent” has become the only standard for morality, it is not surprising that pornography is a challenge arising among Christians. As God’s people we are called to serve him above all others and to live lives of purity to his glory. Recognize and avoid excuses to sin. “Sin can always come up with excuses to do what it wants, to do what is convenient and comfortable. It may take a prophetically penetrating criticism like John’s to bring people up short. Or it may take even more: the hand of God in punishment (vv. 22–33).” (Vern S. Poythress, The Returning King: A Guide to the Book of Revelation, p. 89). The sovereign Son of God has given time for this woman to repent, and she has not. Punishment awaits her and her followers. Sin always has consequences. The judgment on this Jezebel anticipates the judgment on the woman on the beast in Revelation 17 and 18.

The Lord’s burning eyes search your heart. The burning eyes and glowing feet pick up on the description of the Son of Man in Revelation 1. His eyes seen not just the facade we put up there to impress others, but they penetrate to the depths of our beings. Nothing escapes his view. The term John uses here and in chapter 1 to describe Christ’s feet (xalkolibanon) is a term not found earlier than Revelation and commentaries on it. It may be a technical term for the trade secret bronze that was produced in Thyatira. If so, Jesus’ point includes his knowledge of even the most hidden and protected things. That knowledge is frightening to those who refuse to repent. But among the Thyatirians are those who recognize that the lure of Satan’s deep secrets is a lie—and they refuse to be taken in. Christ’s word to them, and to you, is a command to persevere. Hold fast.

Overcome! Overcome as you appear to lose. Overcoming includes vindication in the last day. But it is something closer as well. To those who overcome Jesus gives authority. The overcoming precedes the reward. Overcoming is something the Thyatirians and you do in your daily lives. It includes resisting temptation and walking faithfully with your Lord. But, ironically, as you overcome, obeying your Lord, the opposition from the world increases. You may be persecuted. You may not look like overcomers. Just before Paul tells you in Romans 8 that you are more than conquerors, he reminds you that you are like sheep being led to the slaughter. Here again you are walking the path pioneered by your Lord. “This ‘overcoming’ occurs before the believer inherits the promises of 2:26–28, as in the letters to Thyatira and Pergamum. And this ‘conquering” of sin (so 2:4–5, 14–16, 20–24) entails being conquered by the world, since, when believers refuse to compromise with the world, they are persecuted by the world.” “It is not just how people die that proves them to be overcomers, but the whole of their Christian lives are to be characterized by ‘overcoming,’ which is a process completed at death.” (G. K. Beale, The Book of Revelation, pp. 269, 271).

Trust your Lord who rules with an iron scepter. Regardless of how the world treats you (taking from you respect, your ability to earn a living, or even your life, Christ is on the throne. He rules with an iron scepter, which will destroy his and your enemies. They will be broken in pieces like a shattered clay jug. The Lord shares with you the authority he has as the resurrected, triumphant Lord, the One to whom all authority has been given. Beyond that, he gives those who are faithful, those who overcome, the morning star. The term is used once more in Revelation 22:16, where it is a title that belongs to Christ. Do you get it? Jesus is offering not just authority, not just fellowship, but ultimately he is giving you himself.

Again he encourages you to listen to what the Spirit says to the churches. That message is worth listening to!