Safe in the Father’s Hand 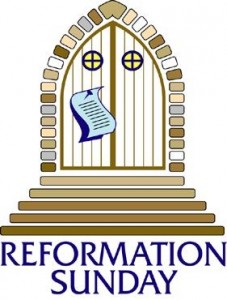 One of the teachings of Scripture which had been down played during the Middle Ages but was reemphasized during the Protestant Reformation was the assurance of salvation. It was a significant enough doctrine that Cardinal Bellarmine, (Roberto Francesco Romolo Bellarmino, 1542 – 1621), described it as the greatest of all Protestant heresies. (From the perspective of the counter-reformation, assurance was seen as undermining the motivation for obedience to God.) The doctrine of assurance rests on the perseverance of the saints. John 10:27-29 records the profound comfort that Jesus gives: No one can snatch his sheep from his hand. No one can snatch his sheep from his Father’s hand.

Christ’s assurance grows out of his covenant grace. He knows you. That is not merely intellectual awareness, but the Lord of glory knows you in the way that a Middle Eastern shepherd cares for his sheep. He gives you eternal life. It is free, abundant life, John 10:10. It is a free, unearned, undeserved gift, but it is not cheap. To give you eternal life the Good Shepherd laid down how own life for you, and then took it up again.

The assurance that no one can snatch you from the Shepherd’s hand rests on who he is. The time is winter, the Feast of Dedication (the celebration of Hanukkah), but the earlier discourse about the Shepherd continues. Jesus is challenged by the leaders of Israel to declare plainly that he is the Messiah. Although he had used that term privately to the woman at the well of Samaria and the Messianic title “Son of Man” with the blind man, he generally avoided the term. He points to his works, the miracles that he has performed. His works have been performed in his Father’s name, and they provide abundant reason to believe in him. Jesus’ sheep are not only in his hand, they are in the Father’s hand.

Ezekiel 34:1-24 does more than rail against false shepherds who neglect, abuse, and scatter the flock of God’s people. It looks forward to the time when the Lord himself will be the shepherd of his people. The startling response of Jesus is that he is that Shepherd, for he and his Father are one. Jesus is not just saying that he and his Father are one in purpose and spirit, as some old liberal theology suggests. He is not merely claiming to be the first and greatest created being as the Arians and their modern day followers, Jehovah’s Witnesses, claim. He is of the same substance with the Father, as we confess in the Nicene Creed, reflecting basic teaching of Scripture. His hearers understood his claim and were ready to execute him as a blasphemer, for claiming to be equal with God. Only as you appreciate who he truly is can you understand the depth of his entering this world and laying down his life for you.

Because we sheep have a propensity to stray, because we are sinners, the Good Shepherd lays down his life for the sheep. But having done so, he holds his sheep in his hand. He protects them. He is patient with them. He draws them to himself. He enables them to persevere.

We think of David as the one who sings of the Lord as his Shepherd. But many years before that as Jacob, near the end of his earthly life, blessed Joseph and his sons, spoke of “the God who has been my shepherd all my life long to this day” Genesis 48:15. As you look at the life of Jacob, the deceiver and manipulator, you realize something of God’s grace involved in making us sinners his sheep.

The devil, the roaring, devouring lion, cannot snatch you from the hand of the Shepherd or the hand of the Father. If you are following the Shepherd, if your trust is in him, think of what might conceivably separate you from him – a particular sin with which you struggle, discouragement, fear – none of these can pry you out of his care. Jesus gives you, his sheep, profound comfort. Notice that he does not promise this regardless of what you do. He enables you to persevere, as John Murray puts it: “The doctrine of perseverance is the doctrine that believers persevere; it cannot be too strongly stressed that it is the perseverance of the saints. And that means that the saints, those united to Christ by the effectual call of the Father and indwelt by the Holy Spirit, will persevere unto the end. . . . It is not at all that they will be saved irrespective of their perseverance or their continuance, but that they will assuredly persevere. Consequently the security that is theirs is inseparable from their perseverance. Is this not what Jesus said? ‘He than endureth to the end, the same shall be saved.’” (Redemption Accomplished and Applied. Wm. B. Eerdmans Publishing, pp. 154-155).

Jesus gives the reason his opponents, religious leaders of the covenant people that they were, do not believe. It is because they are not of his flock. He touches on the serious issue of apostasy. Perseverance does not mean that everyone who claims to be a believer is finally redeemed. Nor is it grounds for assurance that you are saved despite what you do. Why do some not believe? The ultimate reason is that they are not of his flock, that they have not been given to him by his Father. But the refusal to listen to the Savior, to follow the Shepherd, is sinful rebellion. No one can blame his eternal punishment on the Father’s choice. In the Scriptures judgment is always connected with sin. Those who refuse to be part of the flock receive what they deserve.

How do you avoid apostasy? Positively, how do you find the assurance that you are a sheep, that you are part of the flock? Listen. Listen to the voice of the Shepherd. Listen, and follow him as he leads you. The book of Hebrews focuses on listening to that voice, Hebrews 4:1,2. Don’t look for assurance by speculating as to whether or not the Lord has chosen you. The secret things belong to him, Deuteronomy 29:29. Assurance flows from faith and from persevering in following Jesus. Peter understood that, 1 Peter 1:3-5. John 14:1-8 is similar, but rather than speculating about whether or not you are truly connected to vine, focus on bearing fruit. Live the life of obedience that results from being united with Christ.

Cardinal Bellarmine had it wrong. Assurance is not dangerous, at least not when it is grounded in the Shepherd and his Father holding you in his hand. If your assurance involves resting in the work of the Good Shepherd, you do persevere. That involves not only the glory of the last day, but is also the way you walk day by day, persevering in following where he leads you.

Have you seen the works of Jesus with which John fills his Gospel and seeing, do you believe? Are you listening to his voice? Then you have the comfort that no one can snatch you from his hand, and beyond that, the hand of the Father, who is greater than all.