Jesus Prays for You! 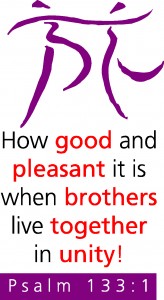 What is Jesus doing in heaven right now? Westminster Shorter Catechism Q&A 23 speaks of Christ executing the offices of prophet, priest, and king, both in his estate of humiliation and exaltation. As priest here on earth Christ offered himself as the perfect, complete, once-for all sacrifice for your sins. In heaven as priest he is praying for you. John 17:20-27 gives you an idea of how he is praying for you.

Jesus prayed for himself (John 17:1-5), then for his disciples (John 17:6-19), and now concludes his high priestly prayer by praying for you. With his own suffering a death hours away, Jesus does not withdraw into focusing on himself and his pain. Rather, he intercedes for you. He had spoken of sending his disciples into the world. Through their work, through the good news they proclaimed and which they inscribed in Scripture, you and many others have come to faith in Christ. This prayer emphasizes the apostolic message.

You are standing on holy ground as you hear the Son pray to his Father in heaven. Although the primary purpose of this prayer is not teaching us to pray, we can certainly grow in understanding how to pray as we listen to it. Don’t miss the focus on the Father’s glory and the glory of the Son. The life of the church since the night that Jesus prayed this is really the Father unfolding the answers to this prayer:

“What an influential prayer has this been! What has God been doing ever since in the government of the world, and in the administration of grace, but answering this prayer? Whence came the glories of Pentecost,˗˗the moral miracles of the primitive age,˗˗the spread of the gospel,˗˗the conversion men in all countries and ages, but from this prayer rising up with acceptance before God?” (John Brown, An Exposition of Our Lord’s Intercessory Prayer, pp.223-224).

Jesus’ prayer for those who would believe through the apostles, is that they may be one. He prays for his church, asking specifically for its unity. This prayer has been abused at times in efforts to achieve outward unity without a common commitment to Christ and to his Word. Don’t separate v. 21 from v. 20. This unity reflects the relationship of the persons of the Trinity! But what Jesus is requesting for his church is more than mutually warm, fuzzy feelings. It is a unity that is observable to the world in how we treat one another, in how we interact. Because the goal is “as you, Father are in me and I in you,” the fragmentation and disharmony of the body of Christ on earth is a contradiction. Divisions are ultimately due to sin (though not all divisions are sinful). Work on cordial relationships with other believers. Pray for the work of the OPC’s Committee on Ecumenicity. A good resource for further study is the “Biblical Principles of the Unity of the Church,” a study presented to the General Assembly of the OPC. Notice that a basis for Jesus prayer for unity is the love that the Father has for his people.

Along with the prayer for unity Jesus asks that you, those given him by the Father, will be with him in order to see his glory. Although the disciples had seen glimpses of the glory of Christ, they had not witnessed its fullness as Jesus humbled himself to be the Savior. They were about to witness his utter humiliation. You, too, have seen Jesus humiliated and rejected, his name used as a curse. But now, because of his suffering and death, he will be glorified, see Philippians 2 and Revelation 4. He is going to the Father, and he wants you to be there with him. He is thinking not just of the glory that he has as the eternal Son of God, but also of the glory given to him as he successfully does the work of the second Adam.

The fullness of that glory lies, not just at your death and entrance into heaven, but in the culmination of the second coming, the re-creation, the new heavens and earth. Yet, even today that glory touches your life. Paul describes your life as hidden with Christ in God, Colossians 3, and then reminds you to be busy putting to death the sins that compromise that glory.

For Jesus, about to go to the cross for you, it was unthinkable for him to complete that work and enter glory without you, those given him by the Father, those for whom he died, and thus for whom he now prayed. Your assurance of the fullness of glory rests in the fact that Jesus has not stopped praying for you and will not until you are with him.