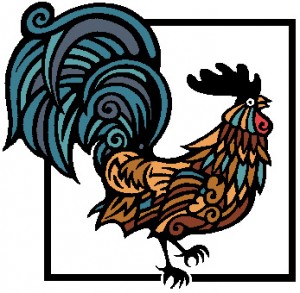 As he tells of Jesus’ trial before Annas and Caiaphas John interweaves segments recounting Peter’s denial of Jesus (John 18:15-27). You are not surprised that the chief priests and the Council isolate Jesus, make him the scapegoat, and pursue his death. But you should be startled that Peter, Peter who had confessed his Lord, Peter who had insisted that he would never abandon Jesus, Peter denies knowing Jesus, not once, but three times.

In a quiet way John shows the isolation of Jesus as your Savior. The central figure in this account is not Peter, but Jesus. The point of the passage is not first of all to encourage the church under pressure to remain faithful to Jesus—though that is part of why the account is here.

John’s Gospel has recorded the great “I am” statements of Jesus. Those are brought to mind as, early in this chapter, Jesus twice announces “I am [he]” when the armed band comes to arrest him. In contrast, Peter at the gate and in the courtyard, in response to questions, “You aren’t one of his disciples, are you?” repeatedly proclaims, “I am not.” John records somewhat different details from the other Gospels regarding this event (which may have included three sets of questions and denials). He does not record Peter’s swearing, nor the look Jesus gives him, nor Peter’s going out and weeping. His profoundly simple account focuses on the contrast between “I am” and “I am not.”

Herman Ridderbos summarizes the point of this scene in John’s Gospel: “In the extreme restraint of the repeated ‘I am not’ the Evangelist is . . . echoing the repeated ‘I am’ with which Jesus answers his interrogators (vss. 5, 8). With this contrast the Evangelist lays bare the deeper meaning of Peter’s denial: Jesus goes alone on a road from which no one can keep him and on which no one, not even Peter, can join him or follow him (13:36; cf. 13:33). Peter tries to follow Jesus, and that only plunges him into denying Jesus. Jesus had foretold this. The cock crows ‘at once’ into Peter’s ears when for the third time he must say of himself: ‘I am not.’” (The Gospel of John: A Theological Commentary, p. 585.)

Of course this denial does not take Jesus by surprise. He had foretold it, John 13:36-38. Yet that removes none of the bitterness of the isolation. Psalm 88 has been described as the most discouraging of the Psalms. The aught is suffering, isolated, and almost without hope. While we don’t know the details of the situation of the composer, the Psalm finds its fulfillment in the isolation, loneliness, and suffering of the Savior.

Jesus has to go through this isolation and suffering in order to actually fulfill those great “I am” statements. He has to be cut off from his people. Peter, as close as he was to the Lord, up to this point had profoundly missed the heart of the work of the Messiah. Like many today, he could understand Jesus as a great teacher, as a wonderful leader. But the suffering of the Messiah was an offense to him, something that, when he expressed it to Jesus drew that withering response, “Get behind me, Satan!” For all of our wishing that we would have done better than Peter, recognize that we so easily succumb to pressure and fail to live up to our commitment to confess Christ.

But in that isolation Jesus draws you to himself, and John, even here prepares you to see that, even though he does not record Peter’s repentant weeping. It is that “other disciple” (almost certainly John), who speaks to the doorkeeper and gains admittance for Peter. The Gospel is preparing you for a subsequent appearance of Peter and that other disciple in an empty tomb three days later.

Notice the detail of the fire at which the guards were warming themselves. It was dangerous for Peter to joint that group and risk more questioning, but perhaps more dangerous to stand obviously apart. John may not record Peter’s tears, but he is preparing you for a group around another fire of coals. Peter will be forgiven. Peter will even be restored to his role as an apostle. The Lord who would forgive Peter stands willing to forgive you.

John does write of the sound of the rooster crowing, immediately upon Peter’s third denial. The crowing not only drives Peter to repentance, it assures you that Jesus, even in the midst of his own suffering, is concerned to call Peter and you to himself.

Peter’s denial isolated Jesus. But he endured that isolation to be Peter’s Savior. Similarly, your sins isolated Jesus and put him in the position of singing Psalm 88. Jesus stands alone before the Sanhedrin and before Pilate, just as he will hang alone and isolated on the cross. But because he did that, he no longer stands alone. He stands with a whole host that no man can number, the whole number who trust in the Lamb that was slain. Through his isolation there is forgiveness for Peter and for you.