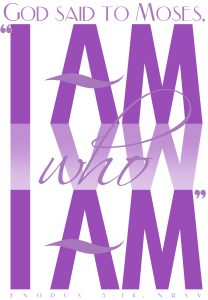 Trust your God to keep his promises. Your God remembers. As Moses was in exile in Midian, the Lord heard the cries of his suffering people in Egypt and remembered them, Exodus 2:23-25. This is not recovery from a memory lapse, but the Lord preparing to act on behalf of his people. Moses may have been in exile for 40 years, but the people had been in Egypt for 400 years, as Stephen reminded his accusers. Yet God has not forgotten. Nor will he forget you, no matter how abandoned you may feel. At the heart of the covenant relationship is God’s promise to be with his people and to be their God.

The God of Abraham, Isaac, and Jacob is your God. The names of the patriarchs recall the covenantal promises God had made to them. Their walk by faith should have motivated both Moses and Israel to walk trusting God. The promised land was not empty. In listing the names of the nations who lived there, God was reminding Moses that taking possession of the land would not happen by human cunning or military might, but would be the gift of God. It also recalled God’s words of judgment on the land made when Abraham was sojourning there. In Matthew 22:31-32 Jesus uses this passage to refute the Sadducees, who denied the resurrection. Jesus is doing more than emphasizing the present tense (“I am the God. . .”). His point, rather, is that the reality of God’s covenantal faithfulness amounts to nothing if death were the end for the patriarchs. “What God was now revealing was that He would let the people of Israel live with Him in covenant out of his sovereign grace, and that His grace would never be overcome by the sin of the people. Thus they would learn to know Him throughout their generations. . . . By now Moses understood that God Himself would have to prepare a place for him and his message in the hearts of the people. And that the Lord intended to do. He not only gave the mediator to the people. He also gave the people to the mediator. In the same way the Lord wants to prepare a place in our hearts for the Christ, our Mediator, and wants to give us to Him.” (S. G. DeGraaf, Promise and Deliverance,Vol. 1, pp. 260-261).

You are standing on holy ground. While the instruction to Moses to remove his sandals may seem strange, it shows him that this is a holy place. The presence of a holy God requires reverence as his people approach. Much of what follows in Exodus and in the rest of the Pentateuch shows how a sinful people can come into the presence of a holy God. In this context you have many of the terms of redemption that you will find in the rest of the Old Testament and in the New as well. Stephen pointed drew on this history as he pointed to the Redeemer who gave his life for his people—so that they could be in the presence of the holy God.

Serve I Am Who I Am. The name of your God reveals his faithfulness. The name, Yahweh, (sometimes rendered Jehovah), means I Am Who I Am. This God, unlike the gods of the pagans, identified by their locality, is who he is. He is utterly faithful to his people. Whether to Abraham, an alien in a land which he holds only in promise, whether to Moses, exiled in Midian, or to Israel, burdened by their slavery in Egypt, Yahweh is faithful. He never abandons you. “This name refers not to the Lord’s eternity but to His being with Israel, His presence as a bringer of blessing or punishment. What the name teaches us is that God is faithful. He does not change, but keeps all the promises made to the patriarchs.” (C. Vanderwaal, Search the Scriptures, Vol. 1, p. 108). He now calls Moses to go to Egypt and be the redeemer to lead the people out to their inheritance. Moses recognizes that he needs God to prepare the people, so the Lord gives a forward looking sign: on the mountain where Moses was encountering the Lord, there the people would worship him. The God who is powerful to deliver you calls you to trust him, not to put your hope in political process or human wisdom.

Worship and serve him. Worship is a broad term, including not only the religious ceremonies, but includes the entire life of the people as well. God will exercise a mighty redemption, but he delivers Israel from their slavery so that they can find true freedom in serving him. He has given you a Redeemer greater than Moses—and expects your full commitment to him.

The God of Abraham, Isaac, and Jacob has become your God in Jesus Christ. Serve him!